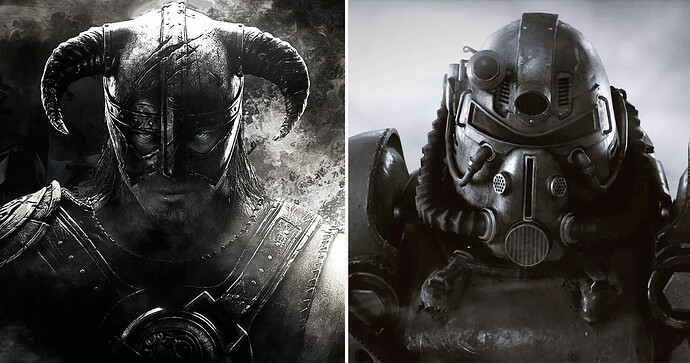 One of the biggest things i appreciate Microsoft in management of IP is that games can be elevated above just an entry in a series. Halo has a robust literature series, mine craft has a successful Netflix show. Both have crazy amounts of merchandise and it seems that MS did similar with Gears with pop figures and keychains etc.

We know that fallout is getting an amazon tv show adaptation but which would make better cross media products? I could see great tabletop entries from both, books, tv shows and possibly movies.

What say you xbox era?

I think it is Fallout. Post-apocalyptic themes are popular and I also a sucker for them. I also think there is a lot of potential in these themes and Fallout’s take is genuine and could lead to a good show or even movie, although I think a show is definitely the best way to do it. I just hope Amazon delivers!

Fallout. There’s a reason it’s getting the tv show. Post apocalyptic environments mixed with 50s futurism and a killer sense of humour. I prefer the gameplay and immersion of Elder Scrolls, which is why it’s my favorite Bethesda franchise, but I much prefer the lore of Fallout.

Also, Wolfenstein would make for a badass tv show too. I’d watch the shit outta it.

Making a good fantasy TV show is hard. If you get it right you instantly get one of the biggest IP of all time though.

(Looking at you Lord of the Rings, Game of Thrones, etc.)

Making a good fantasy TV show is hard. If you get it right you instantly get one of the biggest IP of all time though.

(Looking at you Lord of the Rings, Game of Thrones, etc.)

Just speaking from a production PoV, I would say its a little easier/cheaper to make a post apocalyptic show than a fantasy one, the former being a little more grounded in terms of sets/makeup/visual FX.