I currently have just over 200 games on my Series X, and about 150 of those are on backlog.

While I am hanging for some good next gen looking games, I have plenty of them to play until them. 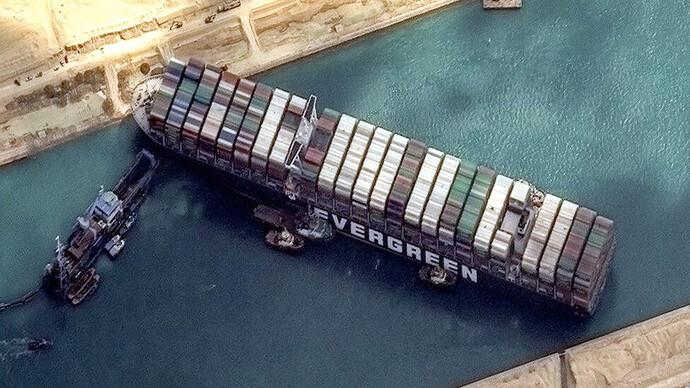 Not too bad at the moment. A lot of half finished stuff for when I get through Like A Dragon; Breakpoint, One Punch Man, Phoenix Wright, Outriders, Prey. Should probably do more with Hitman 3, at the moment it is feeling like one of the worst £50 I’ve ever spent as I’m just not going to invest enough time in it to do all of the ‘cool’ things you see on YouTube compilations. I recently binned off Immortals Fenix Rising because I couldn’t face a whole game of those boulder puzzles…

Whittling it down slowly. There are still quite a few games left, but a lot of them I don’t feel like playing since they’re either major time-sinks or I just got bored of them. Not counting Game Pass, because if I did, I would have absolutely no hope whatsoever.

My backlog is for the most part non-existent. I had the following as of January 4th when I received the Xbox Series X. Received the PlayStation 5 on February 14th.

I have completed 3-6 as well as The Myths of the Eastern Realm expansion for Immortals. I also (re)played The Division 2 on Series X including the Warlords of New York expansion but I did all this in 2019/2020 on PS4 Pro so it’s not a backlogged game.

Currently playing Outriders which I will complete this month and then go back to Valhalla until Resident Evil VIII: Village releases. Valhalla will be completed by the summer and I will then just have the expansions for it which I will play in the summer since im not expecting any new game releases that I want to play.

Only game left would be Cyberpunk 2077 in which im waiting for the current generation upgrade. Hope this releases by the Fall so I can go into 2022 without a backlog of any kind. Any 2021 new release that I buy day one will be played day one. There will be no 2021 game in my backlog going into 2022.

I have already given up.

No point in looking at the backlog. I just choose and play. That’s it.

Right now i have Octopath traveller downloaded but it’s a big game and I don’t wanna start it before Judgment on the 21st. I also download Zombie Army 4 but I’m debating whether to play it with a friend or solo.

I have hundreds of games to play at the moment, but I’ve organized everything in a fun, organized way so I can keep playing through efficiently.

I go with an Instagram layout that allows me to pick 9 games (as seen below) and only play through those games (aside from quick, small titles or ones I’ve already beaten). Once a game is finished, I remove it and pick a game to replace it. 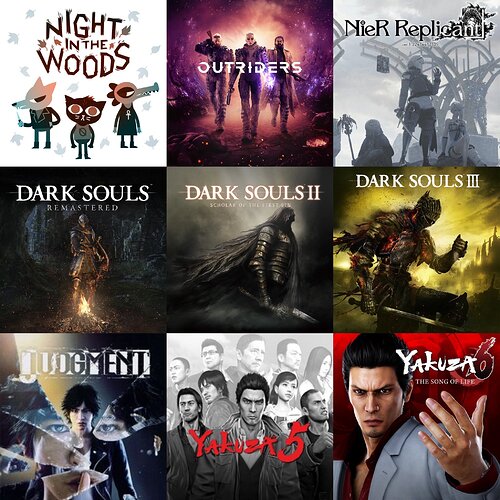 Which reminds me… I need to replace Night in the Woods and Outriders (completed both).

Mine is actually looking pretty slim lately because I’ve stopped buying anything & everything that takes my fancy. Been shopping much more carefully the past year or two.

I own about 220 digital titles on my 1X, spread across all 3 generations. I’ve played almost all of them now, at the very least to a point where I got a feel for the game to know if it was really for me or not. Most I finished at least to the credits once. A couple I gave up on & uninstalled. There are not many that I haven’t gotten around to yet. The Banner Saga trilogy is one (or 3 I guess) which I bought on deal & installed but have been to busy to look at just yet.

For my Switch & PlayStation, I just buy the exclusives that interest me, play them at release & go back for a replay when the mood takes me. I have no backlog on those systems.

I enjoy Game Pass because it allows me to try games out, drop them if I don’t enjoy them & move on without worrying about the money I spent or feeling obliged to go back. Thanks to it, I can actually see a future with zero backlog of any kind.

Just sold my spare copy of Mario All stars for 90 bucks. That will go towards buying Nier and REVillage

MY Backlog is sort of been refreshed.

I prefer to think of it as a “library,” not a backlog.

I just try to play whatever I feel like in the moment. This week I’ve returned to old games like Mirror’s Edge and Ryse Son of Rome, just on a whim, not because I need to check those games off a list and I’ll be unhappy if I never beat them.

I do use TA to set up smaller goals for myself like completing all the Lego games and things like that. But in general I don’t like to think of my whole collection as a checklist of games I need to beat. Just a bunch of games that I can go back to finish if I want to, and if I never finish them that’s okay too.