What's Next for WoW? 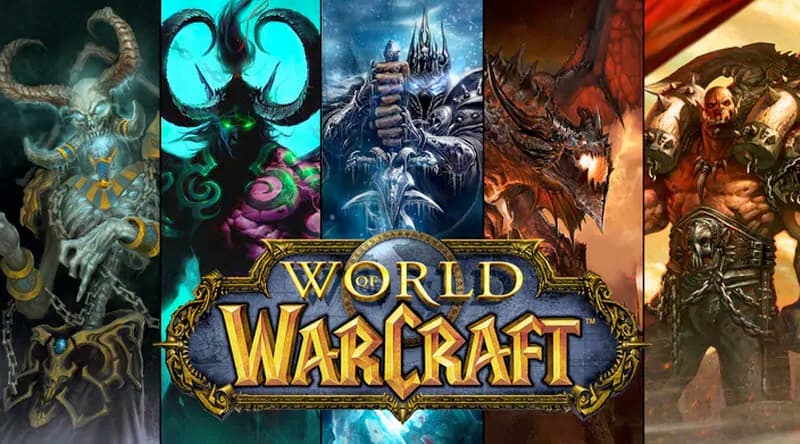 With Microsoft taking over the MMO giant next June, what could be on the horizon? I’m not much of a PC gamer, though I’ve always had a fascination with WoW. Most content creators have given a plethora of reasons for the failing of the franchise over the last few expansions, and now with the allegations laid bare against Activision/Blizzard - we can see why the content seemed to be just filler with systems designed to keep players in the same boring gameplay loop - it’s difficult to make a game when morale is low and everyone is being sexually and physically harassed.

So I ask you all, what might Microsoft’s next steps with the storied franchise be? Could we see a WoW 2.0? Will it finally come to consoles after the success of Final Fantasy XIV, Black Desert, Tera, and ESO?

I would like another single-player experience like the original Warcraft 3. Not necessarily coming from Blizzard. Obviously the current state of Warcraft 3 remake and WoW is the priority that should be addressed.

Warcrack on console is a matter of if, not when. It’s been in the pipeline for years with controller support added in 2018 and various Xbox references in battle.net coding.

I played consistently up until WOTLK, dipped out and returned for BfA (the expansion before current) - with a bit of Classic when it first came out - and honestly, I think the game needs a fresh start with a new playerbase. An Xbox version is ideal.

There are still a few million players, it’s still either the biggest or second biggest MMO by subscription numbers and biggest by Twitch etc. But only the hardcore diehards remain, not so much the casuals anymore, so this could be exactly what the game needs.

I dont know whether its devs being thickheaded or just Blizzard underfunding the teams there but whatever is going on there needs to be fixed, WoW still has the power to be an absolute monster if they just listen to the community

If I had to guess, I’d say this will be the first significant result of the acquisition. Blizzard was already working on controller support for PC, and Xbox is likely foaming at the mouth at the opportunity to get WoW on consoles.

I would love to see it added to Xbox with no subscription fees for GPU members.

I also hope that, once this deal is done, the development team gets whatever time they need to add / expand / update the universe however they need to for the players rather than the shareholders. I’m not sure it got the love and support the game deserved from the corporate execs in more recent years. This is coming from someone who doesn’t actively play WoW mind you; it’s only from comments I’ve heard or read.

Wow needs to be on console, and I feel like consoles helped FF14 maintain a steady population. Also console mmo market is pretty barren, so it will of course give it new life. I guess only issue is how effective controls on consoles can be

They should put it on Series X|S.

They should put it on Series X|S.

Amen to that. I might like console only servers (like Black Desert), just so everyone would be starting together at the beginning, rather than beginning a more than decade old game, but yes - that would be a level of injection that game saw when Vanilla WoW servers dropped.

they need fresh start, WOW 2 could be huge

they need fresh start, WOW 2 could be huge

I’m all for this as well. I’m just not how much more of the same thing you’re going to be able to crank out in the WoW Universe - especially with a Sylvanas redemption arch many have seen coming for the last few expansions.

I for one, would welcome a new art style that more closely matches the cut scenes. The bigger, monstrous races have always looked silly to me. (Worgen, Troll, Tauren).

Just those 2 things alone would make it blow up again IMO.

I played almost daily for 3-4 years when it released. Would probably play again if it came to Series X. With new characters, in a very casual way.

In 2020 they added controller support and releasing it on console should be a no brainer. The question is what about add-on support ? Playing with add-ons is such a QoL improvement for any MMORPG.

A console port should be a must and even though it has nothing to do with WoW, a new Warcraft single player game would be cool to see.

Selfishly, I would love a proper sequel/story refresh (not a reboot, just a fresh start - perhaps far into the future?).

At this point, the story is damn near impenetrable for new players, and even for intermittent players like me.

And, as others have said, I’d love to see its rebirth arrive on consoles.

In 2020 they added controller support and releasing it on console should be a no brainer. The question is what about add-on support ? Playing with add-ons is such a QoL improvement for any MMORPG.

The add-ons shouldn’t be needed.

Port to Xbox, include subscription in Game Pass Ultimate.

The add-ons shouldn’t be needed.

For casual play I agree. But for hardcore content it would be much better with add-on support.