What you were doing at the moment when Activision Blizzard acquisition news dropped? 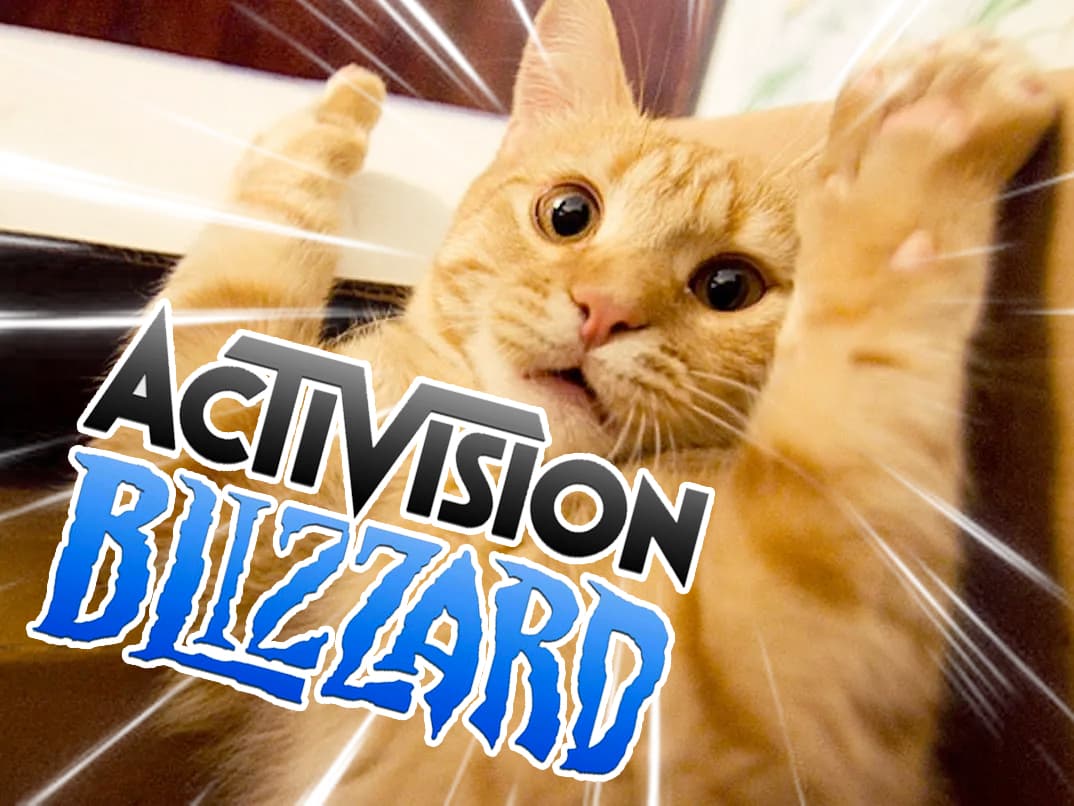 Share with us what you were doing at the moment when Activision Blizzard acquisition news started breaking up? How did you find out?

I found it amusing reading forums and Twitter about what people were doing that day and how they reacted, so maybe a collection of stories in one thread can be fun.

My story is super lame: I completely missed it. I was chasing my kid around the house in the hope to give him a healthy lunch (amazing parenting right there). I noticed that Discord was super active, with a lot of notifications, but I couldn’t check. Then 25 minutes after the news was all over the place I couldn’t believe what I’m seeing. First I thought it was a rumor, then maybe a report, but then I saw the official Xbox statement. I was sitting on the sofa for a minute or two staring at the wall and just said to the kid “You can eat whatever you want today”.

I was working, then when I was coming back home I opened my Xbox Telegram group and the forum and I saw hundreds of new posts in both and I wondered “it’s good news or bad news?”. The rest is history now.

I woke up around afternoon getting ready to shower and looked at my phone and did a double take. The weeks before I’ve been thinking how AB would be a perfect fit and that I was sad crash and spyro were dead so my reaction was super tame since I expected it lol. Bethesda I was shitting and I got off the toilet and threw up out of excitement.

It was 9 or 10 pm here and I was browsing the web while in bed. I clicked on the acquisition thread here and people were freaking out but I had no idea why. I scrolled up a bit and saw the Schrier tweet and literally sat up like a corpse rising from the dead lol.

Bethesda I was shitting and I got off the toilet and threw up out of excitement.

Creating a Nobody Saves the World review thread on otherERA

And had a meeting just after I wrote the news story for our site. Was difficult to talk about other stuff

Trying to study. I will blame Phil if I don’t pass this class due to being distracted by the acquisition.

I was working… And hoping for a relaxing evening that day… that didn’t happen.

I was watching Seinfeld that night and in true fashion I fell asleep on the lounge. Woke about 1am, checked my phone and thought I was dreaming. Jumped on the PC and caught up on the forum posts. I was in pure shock to be honest. Had trouble getting back to sleep in bed lol.

I was browsing on here then saw someone post Jason’s tweet the moment it dropped. I had a similar moment of utter disbelief I had with Bethesda except much more amplified. I didn’t process anything for like 10 minutes or even more.

I was preparing for an afternoon bike ride, the same thing with Bethesda. Delayed it both times a bit.

i was laying browsing twitter then i see a retweet from the WSJ about Microsoft nearing a deal to buy activision/blizzard and then a couple moments later it happened.

Woke up, checked my phone half-asleep and went on Gematsu as I usually do every morning for game news. Just saw it casually sitting there in the news feed. “Microsoft to acquire Activision Blizzard”. I scrolled past still half asleep not even realizing what I just read…

Just literally sat down on my desk, and popped open my phone to check OtherERA.

It was a Tuesday, so I was expecting Sony news… lol

I was asleep and missed the news by a few hours. I was confused when I opened twitter.

Literally just woke up, so I was checking the news in the morning, like I normally do. Had to read over the headline a couple of times for it to truly sink in, at first I thought it was just one of those random rumors.

Woke up and checked LinkedIn. It was one of the first things in my feed and I audibly gasped lol

I headed over to OtherEra first for the drama. I’ll admit I got more of a kick out of the Bethesda reactions, but this was still very good.

Woke up and checked LinkedIn. It was one of the first things in my feed and I audibly gasped lol

I headed over to OtherEra first for the drama. I’ll admit I got more of a kick out of the Bethesda reactions, but this was still very good.

I also saw this while at work looking at linkedin, then headed to otherera first for drama just like you

I just woke up and checked twitter, went onto another site for a few minutes and then checked twitter again and saw the Schreier tweet about it. I swear my half asleep brain made dial up noises trying to process what the hell i was reading lmao