What games have you spent the most on? (DLC and microtransactions) 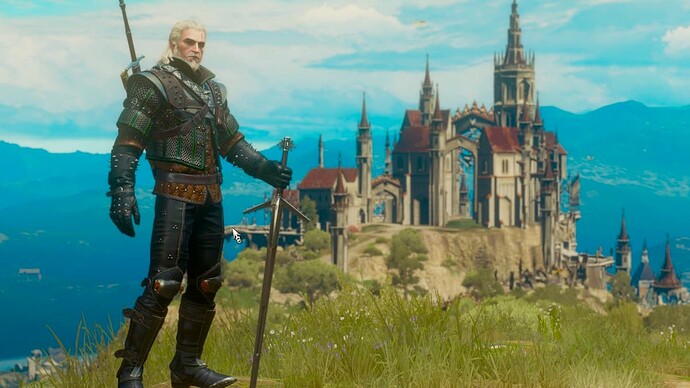 I’ve easily spent over $1000 on Destiny 2 since it’s release (every dlc pack, silver for cosmetics, event pass etc) and I regret none of it. Gaming is easily the cheapest form of entertainment, couple thousand destiny hours for $1000 is nothing.

What about the rest of XboxEra ? We all know Nick has spent a small mortgage on rocket league/Fortnite skins but what about everyone else ?

I don’t remember spending anything on multiplayer games, weirdly, even ones I put hundreds of hours into.

I don’t usually buy DLC and I extremely rarely buy microtransactions, but I won’t pretend I don’t have “nasty” spending habits.

I’ve never played a gacha game before, but I prevent myself from doing so… I think I’d have a chance to fall into a destructive habit there

As to how much I’ve actually spent on microtransactions - I’ve spent maybe £30 in Fallout 76 over the years since launch for the occasional month of fallout 1st, and maybe £20 in Halo infinite so far buying the battle pass and a couple other purchases I mostly paid for with microsoft reward points. I’ve put a decent number of hours into both so I feel the amount I’ve spent is healthy, I think of it more as a tip for the time I’ve enjoyed with both. Those are probably the most I’ve ever spent on such things.

I’ll buy a season pass here and there, especially for Forza Horizon, a few Ubisoft gold editions but almost always at about 50% off. Don’t really buy skins much, though did buy the Infinite season 1 and 2 and a couple of other things using Microsoft Rewards points to buy the points.

Probably some collector’s edition from the 360 era since I stopped buying collector’s at the start of last gen. It most likely is Dark Souls 2 or something though if buying a game multiple times counts I’ve done my fair share of double (or even triple or more) dipping on some of my favorite games over the years. I haven’t spend a single euro on MTX, battle passes, skins e.t.c. and I rarely buy DLC/expansions so it’s probably an expensive retail collector’s edition.

What can you even spend money on besides bonds/membership ?

Or are you buying gold online from goldsellers

Bought the dlc only for FH4

Bought the Gamepass add-on for FH5

Gamepass is the best

What can you even spend money on besides bonds/membership ?

Or are you buying gold online from goldsellers

Membership, I couldn’t use a credit card so I had to pay by phone lol. Cost me $10 a month.

Membership, I couldn’t use a credit card so I had to pay by phone lol. Cost me $10 a month.

Never spent a penny in it (I didn’t have any extra money at the time), but I played a decent bit of Runescape back in like 2006/7 or so. Was pretty fun.

I did get all the achievements in Forza Street but don’t remember buying anything. The concept was OK, the story was weird, sometimes my cars didn’t have tires, but for a free game it was OK.

Probably Dead By Daylight. I own all the character packs.

Can’t say which game for sure, but it’s likely a Ubisoft game.

I tried to avoid Micro-transactions completely but with Ubisoft/Bethesda games I know I will spend alot of my time on them, so I’m more likely to be tempted to spend my money there (e.g. double gold/xp perks).

Sea of thieves. Ive bought a ton of ship sets i never sail