What could a future Xbox E3/ Game Showcase possibly look like?

“Upon close, Microsoft will have 30 internal game development studios, along with additional publishing and esports production capabilities.” 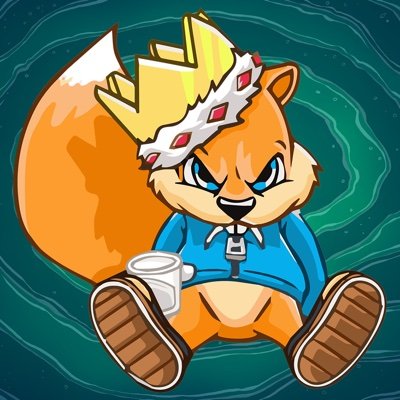 @klobrille
The "32+" number also ignores additional mobile, support & multiplayer service studios like Demonware, Playfab or Digital Legends. If we apply a "teams that are capable of creating their own games" ruleset, the real number of Xbox studio teams will be beyond the 60+ mark.

Sometime, hopefully in the not too distant future, XGS + Bethesda + Activision Blizzard will be firing on all cylinders with the devs happy and making the games they want to make.

If we take Klob at his Squirrely word, and in addition to the leaked Xbox Global Publishing games…

WHAT COULD AN XBOX GAMES SHOWCASE POSSIBLY EVEN LOOK LIKE?

Could we be seeing a two day event with Acti-Blizz + Xbox, then Bethesda doing it’s own thing? A multihour show? Multiple events scheduled throughout the year?

What the hell can we possibly expect with this? 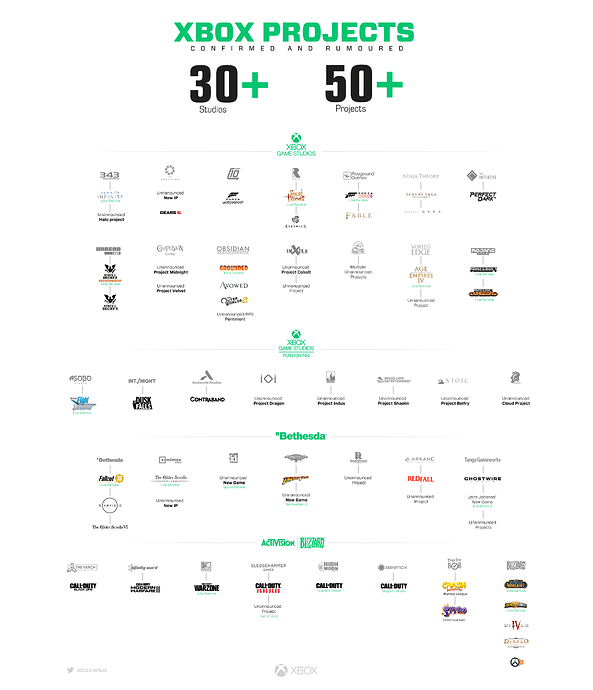 When I said I want a 2 hour showcase, people were thinking 2 hours is too long. If anything, it may end up being too short.

Not expecting anything from Activision/Blizzard this year. But even without AB, the showcase should be 2 hours of fucking packed and stacked!!! My expectations are high this year as im expecting a lot of gameplay. It’s time!!!

They basically have enough studios and projects spanning enough genres (except for indies) to basically not even need third party titles on their stage.

IMO it should remain 1.5 - 2 hours and focus on near term games. Shorten the announcement to release cycle for games from 2-3 years to 6-12 months so you’re always seeing an announcement with relatively polished gameplay.

Each show could be 1-2 hours, for a total runtime of maybe 4-5 hours. I know I’d watch it all, and I suspect so would many others.

I think this would be an awesome three days, and I’m sure they’d basically own a 72-hour gaming press news cycle.

… of upcoming stuff, as well as new info about games they’ve already announced. But it would all be focused on trailers, gameplay, and that type of thing. Maybe close the day with a sneak peak at day 2, to build buzz. Day 2: The AAA and AAAA titles. As with day 1, show new info on previously announced games, as well as announce new AAA and AAAA ga,es. Still, only trailers, gameplay footage, etc. Day 3: A more of a roundtable focused event. Where we get to hear from devs and the leadership. Talk about the year that’s been, and the year that’s coming.

Each show could be 1-2 hours, for a total runtime of maybe 4-5 hours. I know I’d watch it all, and I suspect so would many others. I think this would be an awesome three days, and I’m sure they’d basically own a 72-hour gaming press news cycle.

It would be absolutely awesome. They really could do it too, that’s the thing.

I think they should do quarterly events/presentations. 2022 is the last year they could probably do just 1 big show. 2022 games lineup is pretty slim for the most part but when you look at 2023 what is that lineup like?it’s hard to remember everything but it’s something like Hellblade, Fable, Contraband, Avowed, Compulsion Game, Coalition Game, Perfect Dark, Call of Duty, Diablo probably some more that I’m forgetting (I know some might miss their target dates but they are all targeting 2023 I believe) on top of that they will have new game announcements, Gamepass announcements, third party partnerships, updates to service games like Halo, Forza, Warzone, Fallout 76, World of Warcraft…. Ok I’m not going to continue listing them you get my point. There’s a ton of stuff that I just don’t think you fit into a summer presentation anymore. I think you keep the fan base talking and more engaged this way

I agree. I would rather have 2 shows with 2 hours of duration than having one 4 hours show.

Please move away from the E3 time frame dependency. Too many games and studios to be limiting themselves like this.

Its time for xbox to cause excitement across the gaming landscape by keeping people on their toes of “when is the next xbox showcase” like how Sony and Nintendo fans do it.

2025 when Microsoft is literally releasing a big game every quarter for the next 5 years is going to be INSANE.

They’re certainly thinking long term. I can’t wait, we should technically start to see multiple big games a year starting next year in 2023. Seeing some of the prior acquisitions as well as prior internal studios rolling.

This might be the last year for a while where they probably only release like 2-3 big games.

The future is bright!!

Please move away from the E3 time frame dependency. Too many games and studios to be limiting themselves like this.

Its time for xbox to cause excitement across the gaming landscape by keeping people on their toes of “when is the next xbox showcase” like how Sony and Nintendo fans do it.

Agreed, and i’d say too that even if an event like E3 could be huge content wise, it would be a waste, it’s not easy to remember all they showed on last E3, imagine it being bigger.

Just go for 2-3 conferences going from 40 mins to 1 hour, and even some showcases for just a game like Sony did with Horizon.

If E3 is about to fail then Xbox should rescue it. Buy the rights to the name, even host the entire convention if they have to, but definitely preserve E3… Some gamers will probably be worried about Xbox influence over 3rd party booths or conferences so I suggest Tim Shafer or Parris answer media questions about this new Xbox owned E3 and they offer assurances that any non Xbox Press Conference won’t be influenced by Xbox bias. I love E3, long live E3.

Honestly, Xbox should just do 3-4 events/showcases a year and call it good, which kinda works out between E3/Summer Showcase, Blizzcon, Quakecon, and X0.

Each of these showcases could mix and match across all three publishers, but should focus more on the one that’s running it. I feel like this’ll also help cement the idea that this is a united gaming branch that can eventually lead to cross over (Halo Wars 3 by Blizzard, etc.)

Obviously Minecraft has its own thing, but I’d keep that as just updates to current Minecraft titles and maybe crossover stuff (Minecraft skins in Sea of Thieves, etc.)

Idk, there’s a lot of ways this could go and this is without including the TGAs, Gamescom Live (or whatever the heck it’s called), TGS, etc.

Honestly, Xbox should just do 3-4 events/showcases a year and call it good, which kinda works out between E3/Summer Showcase, Blizzcon, Quakecon, and X0.

Eh they can move things around accordingly.

If they don’t, well…… idk man, I just type here and sometimes have a valid opinion.

I want Bethesda’s show and Blizzards show separate from the Xbox show again to be honest.

I really miss Pete Hines, the dirty humor and the very hardcore appeal to the show. Oh, and Todd Howard. Bethesda was so severely under utilized last e3, I miss the Bethesda PR people. Even their slower shows were really entertaining, much different than the Xbox shows but also they were a lot more about discussing the games and hyping them up. The first Bethesda e3 will probably be remembered as one of the greatest e3 press conferences in E3 history.

Next year showcase will be incredibly stack with so many games, it has to go over 2 hours and there have to be more cons for other games to shine. It’s wild.