The Division 2 Season 9 Update is Live 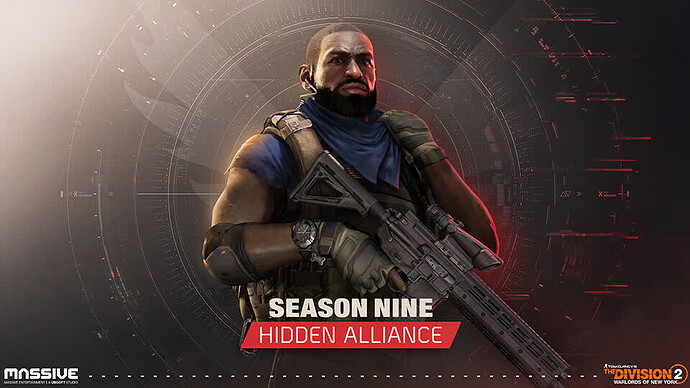 Season 9 is here and it looks awesome. Patch notes below! 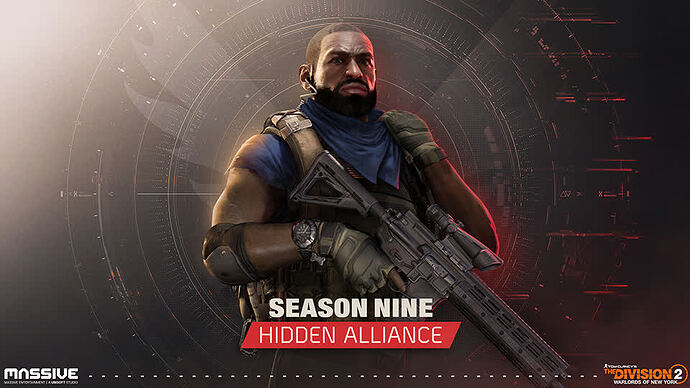 Today, we have the pleasure of introducing you to our new season for The Division 2, “Hidden Alliance”.

In “Hidden Alliance”, the team is honing the manhunt structure like a knife’s edge to provide an episodic narrative within The Division. Instead of exploring all 12+ districts of Washington, the focus will be shifting to a much smaller area giving us the opportunity to provide more contained, concentrated stories, and to avoid repetition from season to season.

WHAT IS THE HIDDEN ALLIANCE?

We believe that the core message and plot of The Division should not be locked behind the interconnected stories of numerous collectibles. Hidden Alliance opens with a cinematic flashback showing the immediate consequences that followed the confrontation with Faye Lau at Camp White Oak. The story picks up immediately from this point as Kelso, Benitez, and Rhodes all cope with what has happened.

This moment acts as a catalyst for The Division going forward. The addition of cinematic language will make the stakes and motivation crystal clear and moved out of the darkness. We are taking this new approach, to show the changing motivations and feelings of our core characters.

In order to give players a safe space to dive into our story, these main story collectibles will now be delivered to the player by meeting with Kelso at the Base of operations when a manhunt target has been eliminated. This focused delivery will help players avoid missing critical story details.

The Hidden Alliance manhunt focuses on a new gallery of high-profile enemies, but this time they are not Rogues. Instead, we will see the evolution of the True Sons following the death of Antwon Ridgeway. A new charismatic leader rises within the “True Sons” ranks, and they are moving their operation nationwide. Meanwhile, a new leader, known as Captain Lewis, will descend upon Washington D.C with a mission of his own.

The new lieutenants and the prime target himself range from monstrous to sympathetic. The ideology and tactics of the True Sons have changed, which in turn starts to alienate some of their most zealous members, while attracting a new wave of cruel opportunists with an eye to join an oppressive army of the powerful.

The internal struggles of this new generation of True Sons will shine a light on the complexities of the world in turmoil and provide the first glance at a new threat rising to prominence. 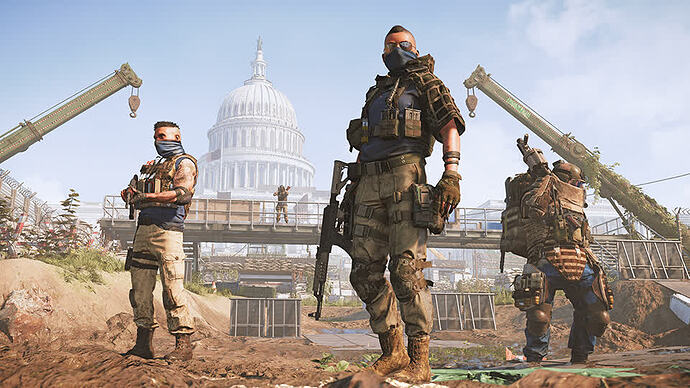 The Hidden Alliance also sees the premiere of a new kind of content. This system is our first iteration at providing a great deal more flexibility and variety to our future content.

The manhunt lieutenants will each take over a main mission from the D.C. Campaign. These mission takeovers will become more common in future sessions as we expand the capabilities of the system. For now, it gives us the opportunity to repopulate missions with the True Sons, who have taken over the location for their own purposes.

That is all for now! We hope you are looking forward to the feature improvements we are currently making to our seasons and story delivery systems.

If you haven’t already, follow us on our Forums, Twitter, and Discord to keep up to date with the latest news and communications from the Team!

Thank you for your continued support, Agents! 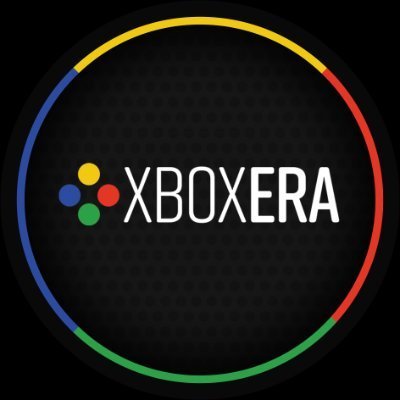 @xboxera
Season 9 for the Division 2 is live! Join@JesseJSNorris as he begins grinding his life away in an afternoon#CoffeeWithCabesa twitch.tv/thexboxera#TheDivision2#Xbox
Doncabesa (Jesse Norris) May 12, 2022, 5:44pm #3

If you’re interested in coming back you NEED to get the Warlords of New York expansion. It is tied into all of the newer seasons including 9. It is currently on sale for $9 in the US down from $30

Looking great! Might actually getting back to it soon.

I really, really want to play Div2 but not sure if I want to buy it. I don’t tend to buy games any more(thanks in part to Gamepass). I’ll keep an eye out for sale though, bet it’s cheap now.

I really, really want to play Div2 but not sure if I want to buy it. I don’t tend to buy games any more(thanks in part to Gamepass). I’ll keep an eye out for sale though, bet it’s cheap now.

Base game + Expansion is on sale for $12 right now I think. hundreds of hours of content, tough price to beat.

Looking forward to playing season nine once all the targets become available in mid-July. Was hoping for a Warlords of New York future expansion but oh well. Really wish Ubisoft would put Red Storm as the lead for a Division 3 as I would like to see them move on from The Division 2.

Going to install this and start up again. I’ve never done Warlords expansion so I may go right to that as I did the base game when it came out

Base game + Expansion is on sale for $12 right now I think. hundreds of hours of content, tough price to beat.

Might have to jump back in. At launch beat the standard game, haven’t returned.