Switch Oled screen size would be perfect for xCloud. What are the best xcloud portable devices? 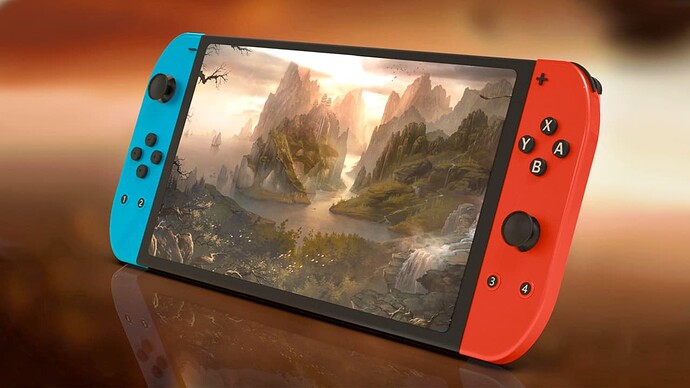 I wish I could play xcloud on my switch oled. The screen ratio is perfect with minimal bezel, and games would fit this aspect ratio perfectly.

Trying to play xcloud on my phone with the kishi is an okay experience for some games depending on the UI element size, but I hate the black bars on each side of my phone.

What is the perfect xcloud device ? Is there any tablets with the same aspect ratio and lack of bezel as a switch that could be used for xcloud ?

I know a lot of the Galaxy tablets are 5:3 or 16:10, which is pretty close to 16:9. Never used them, but I’d like to get one someday. I’m not sure what controller to pair them with though. Not a big fan of using a regular Xbox controller for that stuff, I prefer the telescopic controllers which is why I’ve just been using my phone.

It’ll never happen because, I mean, it just won’t - but if Microsoft ever got a cloud version of game pass on Switch it’d be pretty huge. It’d likely have to a reduced game selection but even then.

A lot of reviewers have been speaking pretty highly of the AYN Odins. I ordered an upgraded lite that I will hopefully be getting in September or October. With the explosion of handhelds hitting the market recently because of the popularity of retro handhelds and the Steam Deck I’m guessing there’s going to be no shortage of options for the next few years. The AYANEO AIR seems like a really nice device, but it’s also very expensive (costs more than a Series X for just the base model).