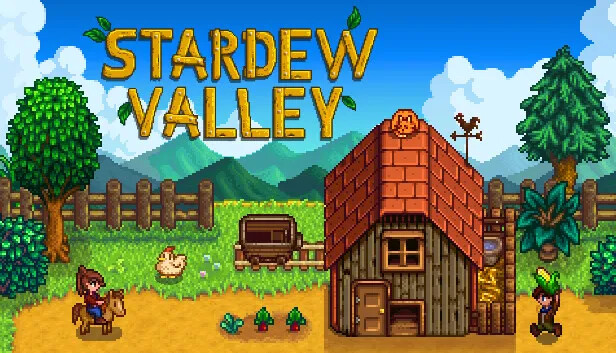 It was announced during the ID @ Xbox Twitch stream that the hit indie Farming-RPG Simulation Stardew Valley is coming to Xbox Game Pass for both console and PC later this year. No specific date was given, other than a “Fall” release window.

Stardew Valley is coming to @XboxGamePass

Stardew Valley has been a massive success both critically and commercially and has been ported to every console, PC, and has even made its way to IOS and Android.

When it makes its way to Game Pass later this year, it will find even more of an audience who will be able to enjoy this charming game.

If you have not you need to play this, it is amazing.

Great game. Between me and my kids we’ve spent hundreds, probably thousands of hours playing. I almost feel guilty that I only paid $20 for it.

It’s amazingly intricate, detailed, and charming for a production made by one person.

Ive been meaning to get back into it. I played one year of in game time when it first came out on PC and really liked it. Now there have been 3 or 4 giant content updates since then.

Bought it for my girlfriend literally last week.

And now I can’t get her off the Xbox.

Awesome. I smashed about 100 hours on PC in a month and got burnt out on it. I’ve tried to get back into but haven’t yet.

Will try it out on the console when it hits GP.

What a game. Played a LOT of this on Steam, but similar to No Man’s Sky, I feel I might have already had my fill.

Once it hits GP, I’ll certainly give the console version a go and my wife might get into it. She doesn’t enjoy playing at the desk in our office. She’s currently deep into Two Point Hospital on Xbox.

I have 300 hours in it across Switch and Xbox. Please give it a try. Fuck animal crossing SV is way better

I have 300 hours in it across Switch and Xbox. Please give it a try. Fuck animal crossing SV is way better

Except the Prairie King trophies…

Is that the game? OMG such horror.

Except the Prairie King trophies…

Is that the game? OMG such horror.

Great game, well worth the money I spent on it. You don’t even have to do the farming stuff, you can do mining/battles or crafting. There is also the dating sim part too.