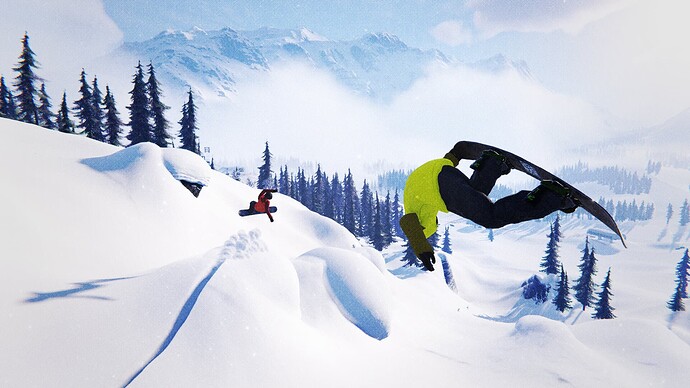 Back in June at the Xbox & Bethesda Showcase, a new snowboarding game was announced. No, it wasn’t SSX. It’s Shredders, made by a small team called Foam Punch Games from Belgium and Sweden. This week the team behind the game announced the snowboarding fun won’t start in December, but in February.

”In Shredders you’ll break into the
snowboarding event of the year to pull off one
of the most insane tricks imaginable, all for the
hope of scoring a wildcard entry to an exclusive
invitational. To prove you’re up to the challenge,
master the art of park riding, backcountry, rails and
massive kickers and earn your place in the world of
snowboarding.”

Shredders is coming to Xbox Game Pass day one.

I was just thinking that February 2022 doesn’t have nearly enough games. Glad to see it moved.

Finally, something to play in February!

Tbh I feel bad for them. Talk about walking into the lions’ den.

Why do all these companies love february all of a sudden?

Finally, something to play in February!

Tbh I feel bad for them. Talk about walking into the lions’ den.

Something to relax with while dying thousands of times in Elden Ring. LOL

Why do all these companies love february all of a sudden?

At points like this Game Pass games are going to take people’s time over non Game Pass games, if you want to play games that are launching into Game Pass and there’s a lot of them are you really gonna spend money on other games.

FUCK!!! This was my most anticipated game of this year. Or one of.

Man its disappointing. But Feb is fucking Stacked as hell.