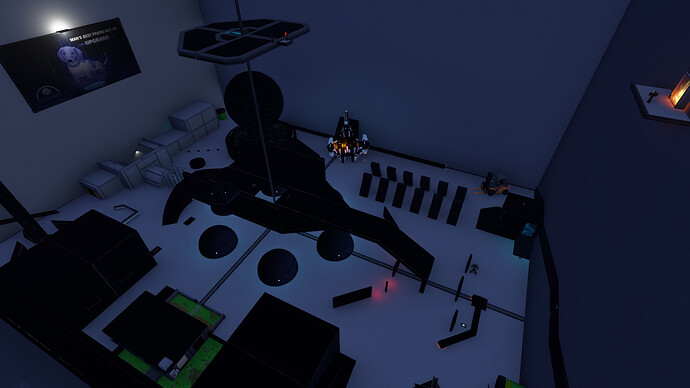 Two base, one box, and a whole lot in between. Portals don't just warp players, but rescale them..

Designed for two teams in a capture the flag setting. One starts in a teeny tiny pyramid? It’s bigger than it looks. The other team starts in a well fortified UNSC style base with an employee lounge and weapon combiner. There are portals spread out which scale the player (open in forge to see how it’s done), which is where the map name comes from. Chaos will ensue.

Drinking the lemonade offers a secret level, you’ll have to play to find out more.

Be sure to deactivating the kill balls before going through the teleported at the end of the elevators, otherwise your reward might go up in smoke.
Be careful of the velocity accelerating buttons, their effects on vehicles are unpredictable, well, not if you know vector algebra.
3 Likes