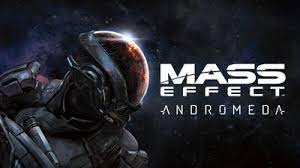 After finishing Mass Effect for the first time last week, it is among my favorite franchises ever. A few days removed, there’s still a hole in my lineup. Is Andromeda a worthwhile play-through for new Mass Effect fans or is it best to leave my memories of ME where they’re at now?

Yes you should and form your own opinion on it. I like it for what it was and how it ended up despite the circumstances surrounding it. Ironic that it ended up being a better game than Anthem and people recently have realized the game is much better than what they were lead to believe. Obviously its not OG Trilogy levels right now but that series got 3 games and comics to expand itself.

Has my second favorite cast and the exploration element in a new galaxy was a thrill for me. 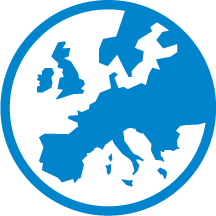 Fya. Makes me happy more people are playing it and I hope Bioware dont abandon it.

I just want a FPS boost, so I can give game another shot.

It’s not bad, but then again it’s not great either

Yes i actually play Andromeda first before the original series and i put like over 100 hours into it i even unlock all the achievements.

Andromeda is a good game. I have been playing mass effect 2 legendary edition, maybe it is my forth or fifth playthrough in this game. It is still my favorite game of all time, but the rpg elements (leveling up, skills, costumization and weapons upgrading) are really, really bland. It is almost a 3rd person action adventure shooter. Imo, Andromeda has better rpg elements, it feels more rpgish than say ME2 and 3. What did ME2 spectacular was the story/characters and the attachment the players had to them. Just finished the shadow broker dlc, and even having played that at least four times, Shepard and Liara scene really hit me. The trilogy is full of these moments where it puts you inside the game, gives you goosebumps. Shepard is a legend, one of most iconic characters ever in games in my opinion. Andromeda suffered with this, with blend characters and story. Still I enjoyed it and by no means is a bad game.

Yes, Andromeda is well worth a playthrough.

It doesn’t reach the highest highs of the original trilogy but few games do. It is a solid Western ARPG with excellent combat, crafting, exploration & plenty of options to experiment with different play-styles using the Profile system.

It has a different, more lighthearted tone which I personally enjoyed. The cast are mostly younger & less experienced when compared with Shepard & company. The game spends plenty of time fleshing out their individual backstories, giving the player loads of dialogue to engage in. The “loyalty missions” for the new cast are great, across the board.

The game was an entertaining first entry in a new setting for the franchise. The journey takes the player to new, visually spectacular places & includes some big story beats with choices which have decent enough impact & could’ve been used as building blocks in a potentially more refined sequel.

It remains, to this day, a shame that BioWare wasted time & resources on Anthem instead of giving Andromeda the attention it deserved. It could’ve been the start of something very special.

OK so I voted for “Its purged and should be excised from memory” but that’s as much for comic effect (she lied).

I think if you feel you would like it then you should try it, if…If you have plenty of time and nothing else pressing to play.

I hate Andromeda, not because it is awful, because truthfully in many ways its rather good, the battles are pretty fun and combos satisfying to hit, likewise the movement is fun too.
I hate it because what matters most to me in a Mass Effect game was so god awful. The story, the cinematography, the emotion and the care taken in what draws me to Bioware games. Its so odd as I rather like the team dynamic, its a little less stoic a little more “fun” and leaving Shepard and the milky way behind was a good idea.

The actors all have great voices, yet for some reason are just directed so oddly, their lines edited so badly. The cinematography is mostly shot/reverse shot, which could be OK if UI didnt cover close ups or characters cover each other, that wouldn’t be bad if the animation wasn’t so lifeless, and that in itself wouldn’t be so bad if the script was good. I find the reason people mocked the animation as much as they did was because there was nothing better to counter it, and its easier to point at “my face is tired” then try and explain why it feels so “off”.

I would say that the gameplay loop, exploring, fighting, puzzles (not great but fine) and gathering to craft is by and large fine, but its in service only to itself not to the narrative which is just wall to wall cliché and mind bogglingly iditotic character motivations. Add to that a story based on colonialism which says nothing about colonialism (Greedfall doesnt do this particularly well either for example but it at least has a stab at the conversation, and isn’t Bioware). Also a Bioware so far removed from the usual care Bioware has towards embracing diversity in its players. A trans character who deadnames herself to someone she just met for no reason (the reason being for some reason she could only feel “herself” in a new Galaxy as presumably the Milky way has become anti trans(?). At launch no thought had been given to a Gay squad mate, an achievement made impossible to get for anyone playing as a gay Ryder, several months later Jall was patched in as the games sole gay squadmate but without any significant effort made to the romance. And then the romances, Cora had the most time effort and animation put into her romance scenes versus others, so that anyone other than Male Heterosexual Ryder has a lesser experience.

Possibly not important to most but again I stress this is from Bioware who have never seemed to shy so far from the high bar that they set themselves regarding role playing “your” character.

Clearly its not a “dreadful” game like any number of assest flip Steam Greenlight trash.

It is a terrible mass effect game and after being moved to tears just playing through the original game recently just from musical leitmotifs and the quality of the story and scenes, it comes nowhere close to the original trilogy.

From what I remember ME Andromeda had a lot of press about the staffing choices and some early graphical glitches, which coloured people’s view before they even played it - not dissimilar to Cyberpunk. Whereas in reality Andromeda and Cyberpunk are both perfectly fun games (so long as you have a Series X or good PC for CP)

It remains, to this day, a shame that BioWare wasted time & resources on Anthem instead of giving Andromeda the attention it deserved. It could’ve been the start of something very special.

Its a Cerys / Steve Anthem face off! (again I think

I rather liked Anthem TBH it was mechanically fun to play and didn’t have to drag the expectation of the MA story round like an anvil on its neck. I genuinely would have liked to see them try Anthem 2.0

What I will agree with you on though its that its just awful that EA with its money its tons of disgusting Fifa UT money could not care about completing the Andromeda DLC (Same with Anthem) that after the pomp and circumstance of such big releases as soon as its clear its not going to make all the money they drop it.

Boo! I wanted my Turian Ark.

Never really got into Andromeda tbh. Liked ME3 when I was younger.

I need to reappraise the series, but that’s pretty low on the pecking order right now. I’ll play the Legendary Edition when it hits EA Play.

@Cerysnetics let’s get into this!!!

Just kidding of course. You have your reasons & they’re totally valid.

At least we can agree that BioWare really should’ve done a better job all around during the dark Andromeda/Anthem times. That much is indisputable, I’d say.

Just kidding of course. You have your reasons & they’re totally valid.

At least we can agree that BioWare really should’ve done a better job all around during the dark Andromeda/Anthem times. That much is indisputable, I’d say.

Pleased with the poll results.

Voted is the best of the 4, because I’m still not close to done with the first one yet.

I’d say go for it. It falls short of the OG trilogy overall, but it has some pretty good moments.

The story does take a long time to get going, then kinda ends after the most interesting part. The new alien races were bland and uninspired. I can’t remember what category they came under, but avoid the fetch quests at all costs, they suck!

The cast was good, with some quality interactions, and the combat, despite limiting you to 3 powers per config, is the best in the franchise. Some great locations to visit and the Nomad is pretty fun to drive around.

then kinda ends after the most interesting part

How they tease me with the Jardaan and the Angara reveal and then end the game shortly after that. I NEED MY SEQUEL.

Pleased with the poll results.

Yes, I’m pleasantly surprised, this is basically the only Andromeda discussion that I’ve ever seen that wasn’t filled with what I consider to be over the top irrationality about the game.