Should I get Monster Hunter World, or Dark Souls Remastered? 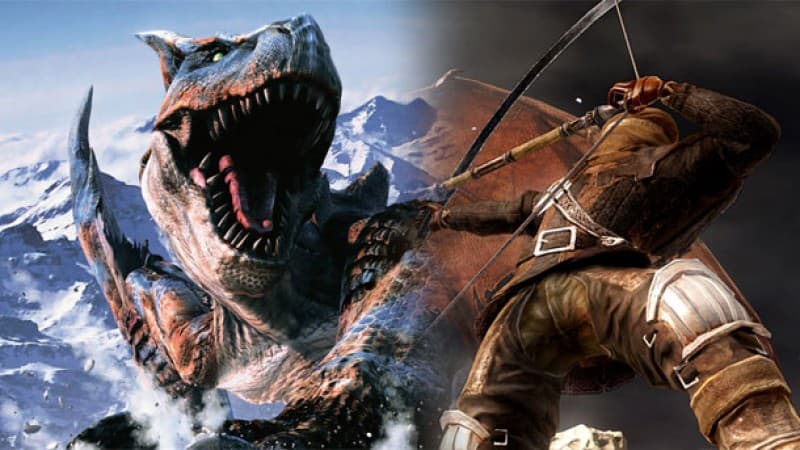 image800×450 52.5 KB
I’m currently debating buying either Monster Hunter World Iceborne, or Dark Souls Remastered. I have played (and loved) Monster Hunter 4 Ultimate, Generations Ultimate, and Rise. I have never played a From Software game, but have always been intrigued, The price of the two games is the same at GameStop (both $15USD), so I’m not worried about that. How much harder is Dark souls than Monster Hunter? Thanks!
Staffy March 7, 2022, 10:10am #2

Both are two very different games.

Monster Hunter World was my very first MH game and I bought it so I could join my friends, and we had one hell of a time. MHW is as hard as you want to make it, with friends it’s fun as hell and some monsters can be very challenging but you can always shoot out a flare for a pro player to join you, that’s what we did…kinda often in the later parts, haha.

Whereas Dark Souls is much more singleplayer oriented, even though you can summon other players too if it gets too hard. It’s very hard to say to you which one you should go for. It really depends on the mood too. Personally I really need to be in the mood for a Souls game, because man can it punish you and ruin your overall (gaming)mood.

I really enjoyed Monster Hunter World. I had tried prior entries, but none had “clicked” with me. Like @Staffy I bought to play with my friends and had a blast. Its a fun game with an addicting loop and well worth a play… Like souls games there is a layer of complexity that you can add, though it unnecesarry to do so, you can pick up and play without being lost.

I have grown to loathe the needless obfuscation of sould games which need me to spend hours watching guides and help to do even the simplest task. so I refuse any attempt at objectivity. Unless you’re really in the mood for such a game, go MHW!

I love both, but MHW felt like the best access point to a series that I’ve always felt was inaccessible. If you have any interest in MH, go for it. Plus, cats cooking!

I was going to immediately say Monster Hunter as I think thats the easier recommendation for more people, but then I saw your list.

I’m not sure how much MH will hit you unless you’re up for that grind again. I hear Rise adds a bunch of convenience stuff. It’s a fantastic MH game though. I put 300+ hrs in vanillla, but haven’t got back into it after Iceborne came out.

The Dark Souls 1 experience is something else, especially if you go in with minimal spoilers and a determined mindset. Something MH and DaS have in common.

The real answer is both but DaS first because it’s shorter.

Both are goddamn great, so whatever you think you want to dive into.

If you haven’t played a souls game, then DS1 might be a little tough at the start. It has some pretty unforgiving mechanics.