Right now seems like a pretty good time to leave the UK full stop.  Unfortunately due to the increasing cost of living and other ridiculous self-inflicted government decisions that is not an option for many of the population.  Thanks to Swedish studio ‘Venturous’ at least we now have the opportunity to take a relaxing trip while staying in the house and hiding from increasingly unusual temperatures.  Originally released on PC last year this debut title has now been ported by the publisher ‘Ratalaika’ to the Xbox ecosystem.  Designed to be played cooperatively by two players (but also able to be played singularly with an AI partner) I roped in my wife to help me navigate my way through the XboxEra review of Voyage. 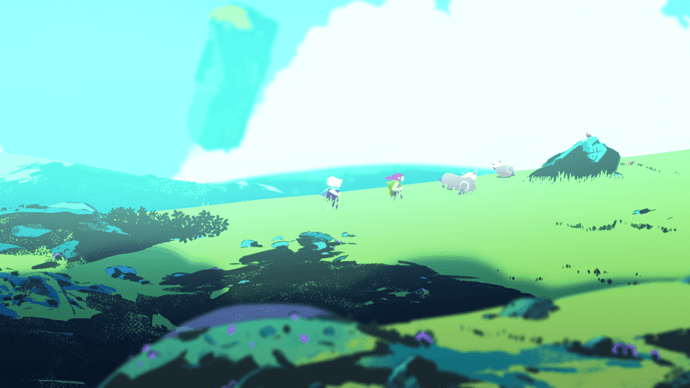 Described as a ‘Cinematic adventure game’ Voyage takes the form of a 2.5D side scroller that uses a unique hand-painted design aesthetic to illustrate a wordless tale with no violence or the possibility of character deaths.  Beginning in a dark space the male and female protagonists are required to work together to reassemble a statue that has been broken into three pieces and select what appears to be a glowing jewel at its centre.  Teleportation takes place with a flash of light and the couple finds themselves being jettisoned from some form of crashed craft onto the floor of a strange new world.

The objective from here is one of constant exploration and the need for forward motion towards an unexplained destination.  I will not give away any spoilers in this review but I will say that the ending of the game was totally unexpected and did leave me somewhat taken aback.  You can pretty much ignore the very basic controls diagram and intuitively work out the game’s control system yourself.  This consists of a ‘Come here’ motion to get your partner’s attention, walking, crawling and sliding, push, pull, a ‘boost’ each other onto the top of barriers or pull the booster up after you function and a way to interact with objects.

Lost forever in a happy crowd

By far the most useful ability is that given by the Y button which indicates the location of any objects that need to be interacted with to allow further progress on your journey.  This tool stopped frustration from mounting up in a few of the darker environments where small objects were not immediately obvious and also saved the day when the only glitch that we encountered during our playthrough occurred. 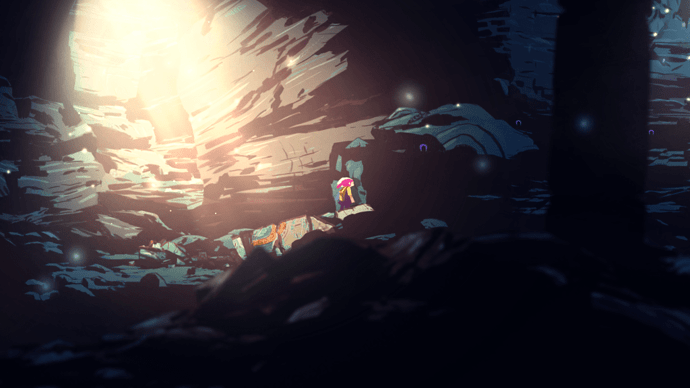 It was clear that a glitch had occurred as the hint button indicated that an object required interaction when there was nothing on the screen that we were able to interact with.  A game restart revealed a drum that had previously been absent and after moving it to one of the numerous spirits/aliens/life forms from the past that are constant guides (or maybe observers) during our journey, we were able to progress.

Without working together it is not possible for players to get past the very first section of the game and to me, the inclusion of this optional hint system shows that the developers want the game to be all about ‘enjoyable’ exploration while collaborating as a team.  Player frustration has no place within this experience.

The scenery changed wildly as our journey progressed from caverns to deserts, jungles overgrowing the remains of ancient civilisations, blooming prairies, and dune-filled deserts to name just a few of them.  The previously mentioned hand-painted art style combined with the soundscape by Calum Bowen drew us into these locations and although the game is fairly short, we would have been happily playing it for far longer than it took to complete because of the level of immersion that it offers.  For some reason, one of the recurring musical motifs reminded me of the start of ‘Band on the Run’ by Wings but overall the musical score is incredibly peaceful and chilled.

Although the difficulty level of puzzles faced is fairly basic (again due to the ‘relaxed experience’ game design) it is fun when they become slightly more complex such as when you are required to retrace your steps and transport a boat over land to another body of water or when you have to enlist the help of rather exotic local wildlife to overcome obstacles in your way.

Do you know where you’re going to?

My favourite creatures were reminiscent of the ‘Hattifatteners’ from the ‘Moomins children’s books.   They are long and thin and block your way in large numbers until you move a golden crystal towards them which causes them to disappear into the floor with a cool splashing noise.

This game is all about exploration through cooperation and cause and effect from object interaction.  During each level, the characters are guided by what looks like an Arctic Fox and comes to an end at another location with a statue that must be made whole again to transport you to the next area. 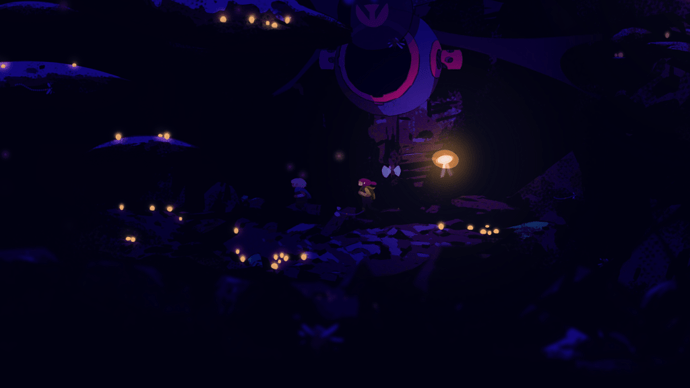 Some later sections of the story took place in rather unexpected locations with futuristic technology puzzles and the story all came together to make logical sense.  Considering that not a word had been spoken throughout the gameplay leading to that point It is pretty impressive what ‘Venturous’ have managed to deliver here through wordless narrative.  Although some things remain unexplained at the story’s conclusion, we did not feel cheated in any way as everything just feels right.

The ending of the journey was unexpected as was the ending of the cooperative game ‘No Way Out’ and haunts me slightly two days after I experienced it. Still, it was nowhere near as shocking as the finale of ‘Inside’ which makes me shudder every time I think of it to this day.

A glitch in the Matrix?

This is a simple if slightly repetitive title but I expect it will go down well with fans of the genre and achievement hunters, as a gamer score of one thousand is obtainable within a sub-three-hour game time.  The only real criticism I have is that some of the darker environments made it more difficult to work out what we were required to do but this is a very minor gripe as it only slowed us down by tens of seconds on the few occasions that it occurred. 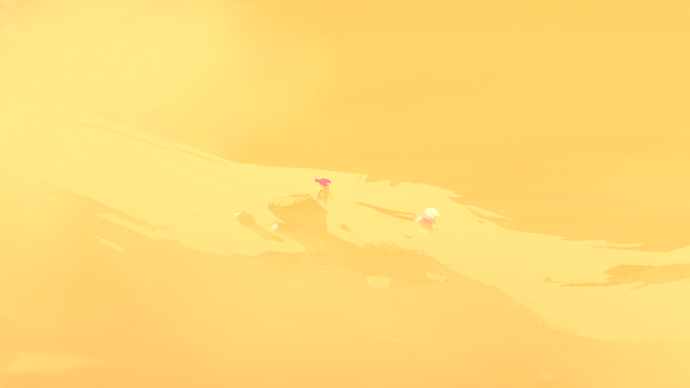 Rounding things off, Voyage is a well-designed cooperative exploration game with an incredibly intuitive and simple design scheme.  Unique hand-painted visuals paired and a well-designed soundscape pulls the player into an experience that is fairly short but could be much longer and still enjoyable.  The narrative is wordless but tells a clear story as the game progresses and although not ground-breaking this is impressive for a debut title.  I recommend this as a great chilled experience to share with another gamer.

Togetherness is more important than ever these days so make the most of the ability to hug each other in-game whenever possible and enjoy this strange voyage.