Jon is supposed to write a review all about a lovely little video game called The Stanley Parable: Ultra Deluxe. “This would be easy”, he thought to himself. After all, he played the original back when it released, and loved it, so it should simply be a matter of refreshing his mind on the game and that’ll be that.

Because of course, as everyone knows, the original Stanley Parable, (not the original original of course, that was a Half Life mod) was a riveting walking simulator of absurd proportions, its story woven through the exploration of game design and player choice, and what’s not to love about that? 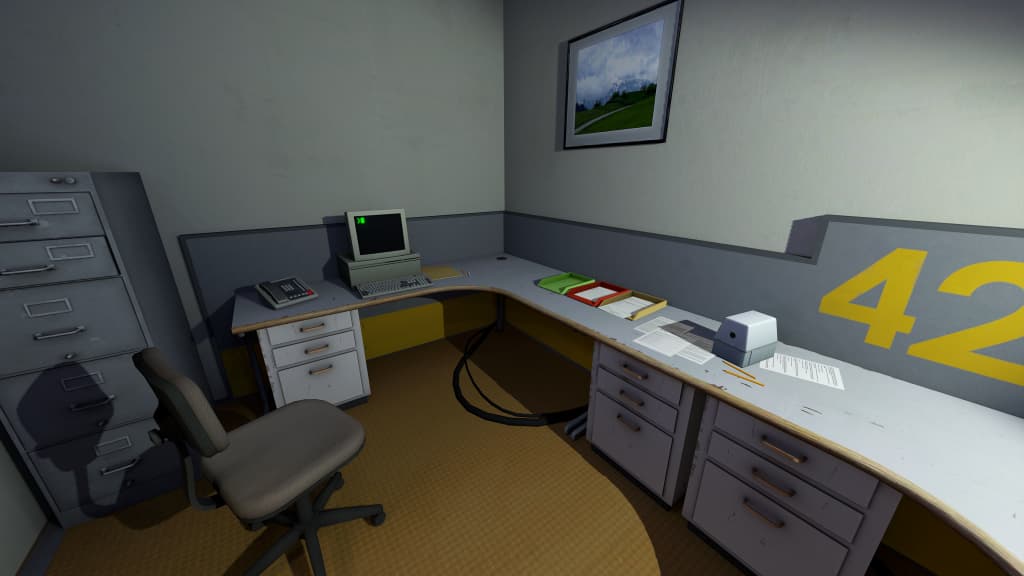 Wait, wait – a walking simulator? No No, Jon, you can’t describe it like that. It’s much more than just walking around. The Stanley Parable has adventure, mystery, intrigue! Where’s your sense of salesmanship?

Okay, let’s assume you missed out on the gem of a game back in 2013. If that’s the case, then this is a game about a man named Stanley. Stanley works in an office, where he is known as employee 427, and spends his days entering the commands into his workstation that he is told to enter.

One day, as the wonderful narration from Kevin Brighting will tell you, Stanley realises no commands are coming through. Indeed, it seems no-one else is in the office at all. The narrator says that you’ll decide to take the door on the left and head to the meeting room. Perhaps that’s where everyone has gone? 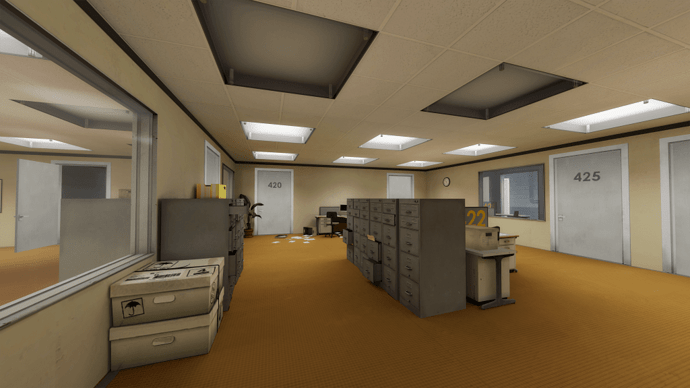 But what if you, the player decided to go right? What if you decided to visit the Broom Cupboard or  explore the employee lounge? Whatever choice you inevitably choose to make, even when you perhaps choose to do neither, the game doesn’t miss a beat, the narrator seemingly omnipresent in his knowledge of your actions. Before you know it, the game skews off into the obscure, the absurd and then…well, you’ll find out. 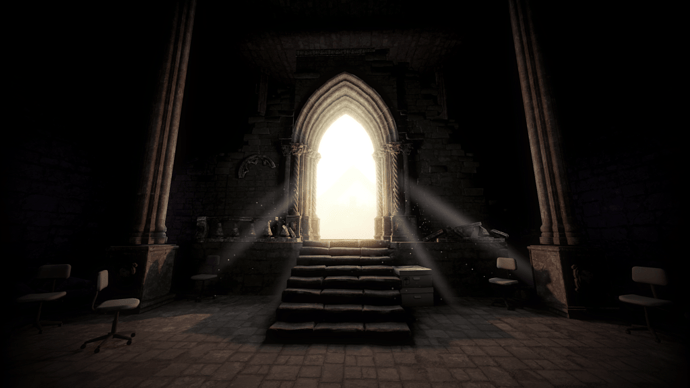 The delight at pushing and pulling the seams of a games rules has long been part of the joy of playing video games, and The Stanley Parable is literally a game all about that.

For those that have been here before, you might feel some sense of disappointment at first – after all, 2013 was nearly a decade ago, and the tropes of video game design back then feel a little dated now. So where’s the new content? What has this triumph of game design from 2013 done exactly to earn it’s “Ultra Deluxe” title? 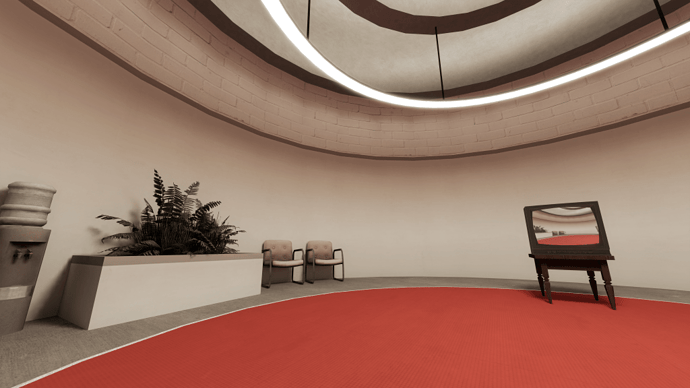 It’s through a door, somewhere in that office complex, which I’m sure you’ll discover soon enough. It’s literally marked “new content” but to describe the wealth of incredible new features would almost be spoiling it…but let me wet your whistle, just a smidge. Are you ready?

I mean it’s really going to blow your mind.

They added a jump button!

I mean, I could talk a little more about how the game has actually moved away from Valve’s Source engine, instead being completely rebuilt in Unity, but who cares about silly little details like that when we can jump around in a very controlled environment a few times? 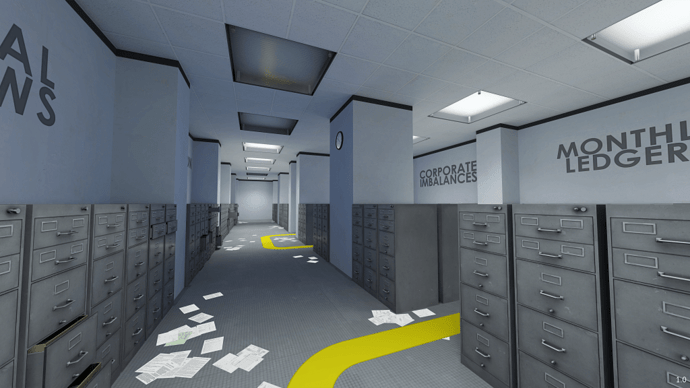 Regardless, the new content is where the game truly opens up for players that have walked these office halls before, and the commentary on more modern video game design starts to creep in, in hilarious and surprising ways.

If this game is a series of choices, each leading to more choices, leading to different ends only to begin again, then you only need to make one choice to begin. And that’s to choose to play it.

Is this video review my greatest work? My biggest achievement? Perhaps so.

Is this video review my greatest work? My biggest achievement? Perhaps so.

Considering certain things, it may be your greatest, my friend

Shoot, now I have to play this too. Enjoyed it the first time around and didn’t realize this had so much new to it!

Looking forward to picking this up. And I especially love how you did this review.

OK, I avoided the review (apologies Sikamikanico) because I was told the less you know, the better. One question though, is this game an improved edition, or completely new?

OK, I avoided the review (apologies Sikamikanico) because I was told the less you know, the better. One question though, is this game an improved edition, or completely new?

It’s not completely new, but you are safe to watch the review if you haven’t. Defeworth playing and the game will ask you if you’ve played it before.

This I definitely would have played had it been on Game Pass. For sure looks like a game that could easily have been on there.

This I definitely would have played had it been on Game Pass. For sure looks like a game that could easily have been on there.

Not an expensive buy though still. I’m definetely thinking about getting it

I’ll put in hashtag Sik if I do, see if that gets me like a podcaster style discount. Like Xbox Two and Manscape…which they never fuckin shut up about