The Riftbreaker has put out its first world-expanding DLC titled Metal Terror. We reviewed the base game in October of 2021 and absolutely loved it. Metal Terror tells a story with roots thousands of years in the past and introduces new gameplay mechanics, dozens of items, and new enemies to go along with its previously unseen areas. Let’s see if it’s worth your time and money. 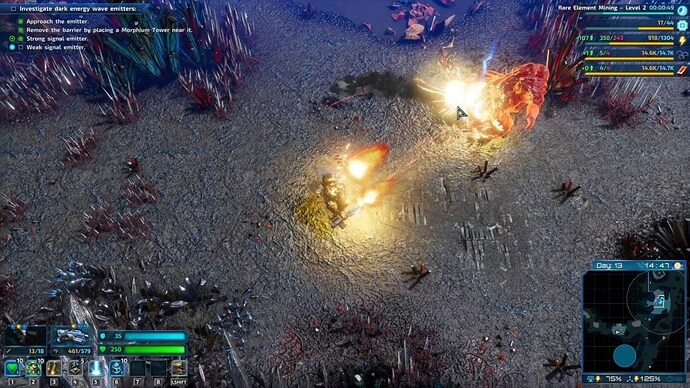 Yes, it is worth your time and money

This is 100% an expansion on top of the game you (might) already know and love. If you haven’t tried The Riftbreaker because its mix of base building, twin-stick shooting, and resource management didn’t appeal to you then this won’t change your mind at all. If like me however you found something incredible here then developer Exor Studios has your back. Metal Terror is accessed through the Jungle biome in the game, a meteor falls and after checking it out you’re able to rift jump to a previously unseen location on the planet Galatea 37.

Thousands of years ago an unknown alien species was caught up in a cataclysmic world-changing event and you’ll find out their history as you unlock some of their varied and intriguing technology. This expansion has felt like a great excuse to jump back into a game I played a lot of around launch. For those who don’t know what The Riftbreaker is imagine if Smash TV, a mildly complex tower defense game, and a basic resource simulator all had a baby. A real pretty one, with great music, decent voice acting, and a ridiculous amount of content.

The base game is still on Xbox Game Pass, but this DLC is not and it’ll run you a reasonable $10 US at launch. Everything felt incredibly well balanced, though I was lucky enough to have a save file ready to go from the developers as I had to review this DLC on Steam (and I reviewed the base game on Series X). Things look and run great, both on PC and console where I checked out the base game again. The hitches while saving are still present but are far more tolerable, and on either mouse & keyboard or controller the game works well. 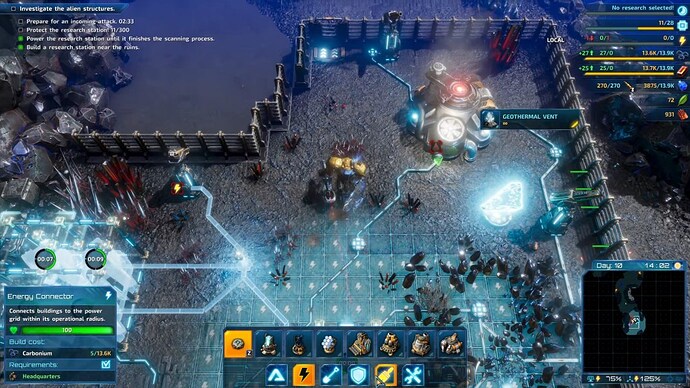 For $10 you get a good amount of content that both adds new areas and new mechanics to what is already a great game. It’s not transformative, but what it adds is excellent. If you haven’t tried the base game out yet it’s on Game Pass and it deserves a try. If you find yourself falling for it as I did then this DLC is absolutely worth a buy.

This is one of those games I’ve had on my play it later list on game pass and still haven’t got around to it.

This is one of those games I’ve had on my play it later list on game pass and still haven’t got around to it.

it’s a time sink, even yesterday after months away I ended up playing it all night and hours were gone before I realized it. Such a fun mix of genres