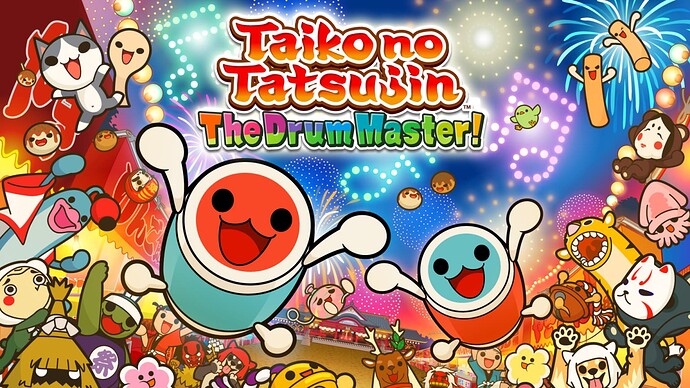 The following game was reviewed on an Xbox Series X.

In a first for the many decade-old arcade and home console drum-beating rhythm game series, Taiko no Tatsujin: The Drum Master! made its way to Xbox One and Xbox Series consoles as well as the Microsoft Store for PC this week and launched right into Xbox Game Pass. Developed by Bandai Namco Studios, the Taiko no Tatsujin games are all about beating a Taiko drum to the rhythm of the beat. No drum set is required for this though, as your Xbox controller makes for a fine substitute. Just be sure it is a controller you do not care for because there is a good chance you are going to smash it while playing this game.

The rules of the game are simple: blue and red notes symbolizing the section of the drum that needs to be hit will come on screen, and all you have to do is hit the right button on your controller corresponding to said note. Some special kinds of notes will require smashing buttons on your controller, but for the most part, all you need to do is learn the rhythm of a song’s main melody. It sounds simple at first, but like all rhythm games, higher difficulties will demand your full attention and button-pressing skills. That means mum’s phone call is going to have to wait. 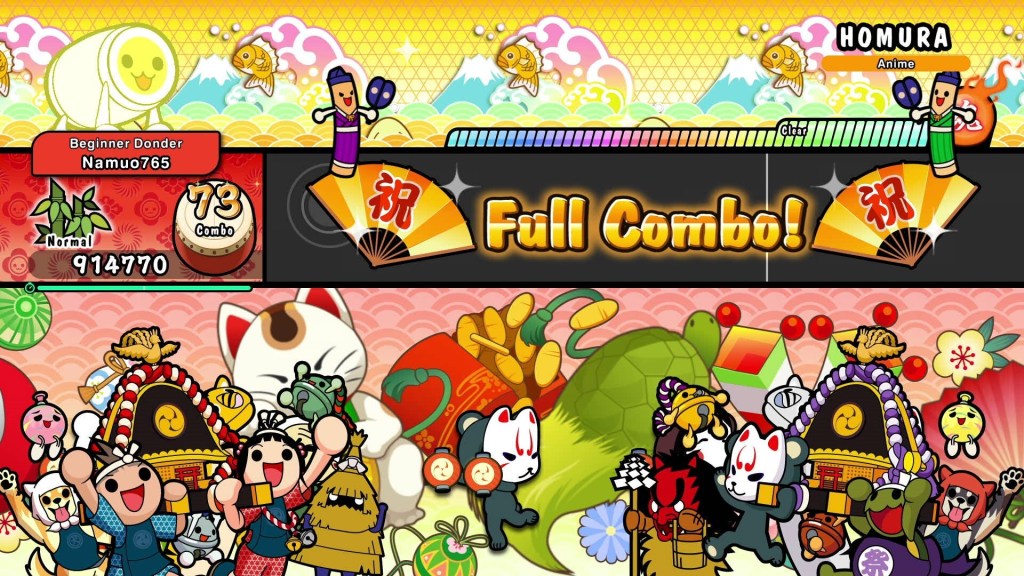 Player’s familiar with the series will know of the game’s Japanese-centric aesthetics and visuals, and this also boils to the game’s song selection. No, you will not find anything from Primus Sailing the Seas of Cheese, or whatever else you blast freely on public transportation for all to see. There are, however, plenty of TV-size anime, video games, a couple of pop, Vocaloid, war chest classical pieces, and Namco original songs to play. Most of these songs are fast-paced and do a great job of giving an adrenaline rush, especially when you’ve got a great rhythm going, but not all will like this game’s song selection. More songs can be purchased later on, but that function was not yet ready at the time of this writing. Coins earned from beating these songs can be used to unlock the rest of the game’s music or to dress up Don the drum and net your player profile some sweet swag.

Taiko no Tatsujin is super fun. The gameplay is easy to pick up on but hard to master. Learning the songs are only half the playtime—mastering many of them across the game’s four difficulties and bettering your score feels great. The visual cacophony paired with the excitement of building combos is easily what this game excels at. As the game speed increases, notes can get blurry but personally, that did not impact my experience with the game negatively. Playing locally with family is also a blast, but I usually ended up winning because no one else here plays rhythm games. This is where online play comes in, and it works well although apparently everyone ever is better than me at smashing their controller. Very frustrating!

Now there is a big oversight for this release: the game does not support previously released Taiko drum controllers on Xbox. You see, besides your controller, normally you could buy a Taiko drum controller to connect and play the game, just like the arcade releases. But as of this writing, there are no possible ways for players to do that on Xbox consoles. Higher difficulties of many songs, while possible, are much better done on a drum set because of how close notes become and how fast they pile in. And if I’m being honest, the Xbox controller is not all suited for rhythm games because of how fast the button pushes back after being pressed. I hope Bandai Namco can rectify this in the future because the best way to play Taiko is with a Taiko. 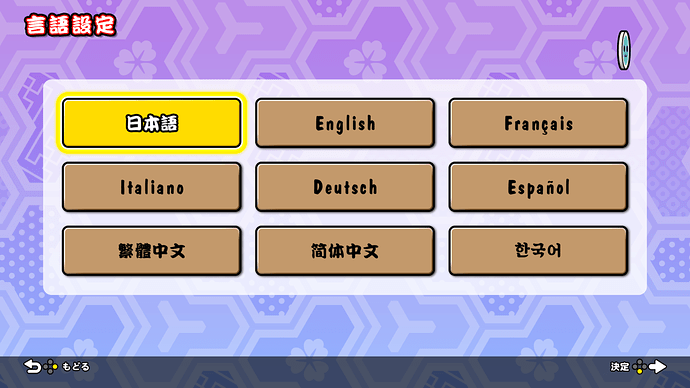 Taiko no Tatsujin is an excellent rhythm game. The game’s song selection might not be varied enough, but they play great and are fun to master. It is a charming experience for even the most casual player pulled in by a song from their favourite anime or game, and great yet slightly disappointing to the Taiko drum-owning returnee on Xbox looking to smash their drum to the rhythm of the beat. 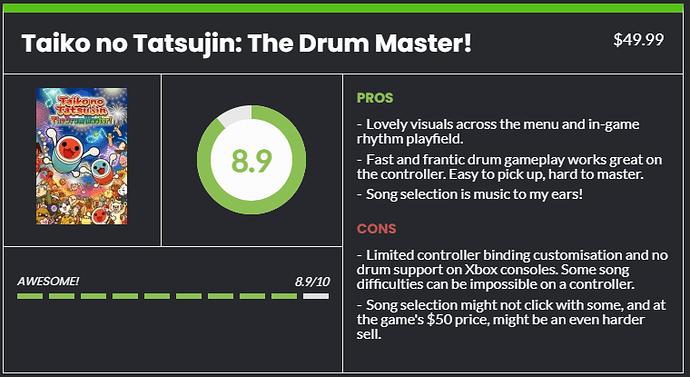 I played it last night. Very addicting. My only past experience with it is in Yakuza lol.

They should try to get a Project Diva (Hatsune Miku) game from Sega next for rhythm game stuff. Easy partner to work with and I think the game is more controller friendly.

Oh, and my favorite song in the game? Cirno’s Perfect Math Class 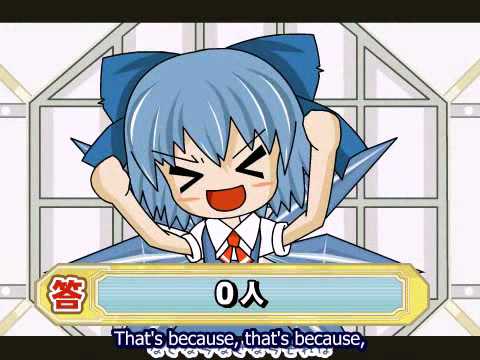 I downloaded it, but I haven’t still played. I tried this series only through Yakuza 5. XD

Just be sure it is a controller you do not care for because there is a good chance you are going to smash it while playing this game.

Oh jeez. The X1 controller I got with my console is still holding up well. I don’t know if im ready to break it yet lol.

I’ll have to download this later. I wish there were more R4 songs than just Urban Fragments though.

And I should also say that the best control options for me were type B which makes all the face buttons plus dpad the red icons and all the shoulder buttons (bumpers triggers) the blue buttons. It’s the least confusing option for my brain lol.

And I should also say that the best control options for me were type B which makes all the face buttons plus dpad the red icons and all the shoulder buttons (bumpers triggers) the blue buttons. It’s the least confusing option for my brain lol.

Is this also the controller option that might break the controller the least? It’s good there’s different options though lol. I’ll have to play around with it.

This game is much harder than I thought lol, wish I could Map the buttons to whatever I want.

My kids are in love with the look of this game, I’ll definitely think about buying it once It leave gamepass.

I really like it. Would have never tried it out without Game Pass because of the 50 bucks sticker price (holy). Control Type B seems fine but i only play on the easier difficulties, everything higher than normal just isn’t any fun.

Xbox should rethink their controller setup, why has it to be X-Input? Everything with a USB connection should just work

I really like it. Would have never tried it out without Game Pass because of the 50 bucks sticker price (holy). Control Type B seems fine but i only play on the easier difficulties, everything higher than normal just isn’t any fun.

Xbox should rethink their controller setup, why has it to be X-Input? Everything with a USB connection should just work

Same here! it was a pleasant surprise for sure, game is so much fun even with a pad. Now ummm… where is my drum controller? I’d definitely get one for this.

Now ummm… where is my drum controller? 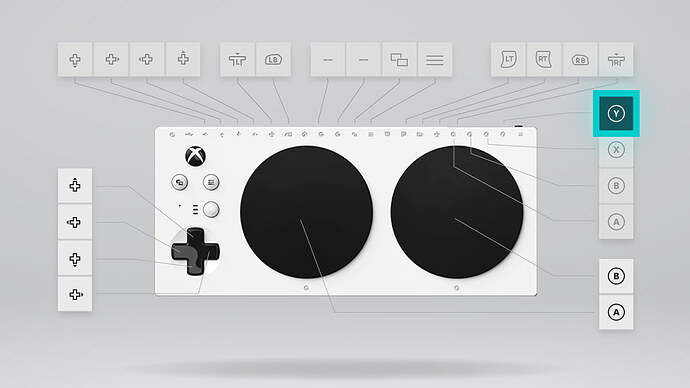 Connect switches, buttons, joysticks, and mounts to create a custom controller experience that is uniquely yours.

Though no idea how the feedback of those buttons are, if they’re still click focused buttons or if they’d work as nicely with bongo-drum-style hits.

I think my hands gonna break before my controller will playing this. Tried Magical Sound Shower on hard and almost got through it, hands don’t feel like retrying though lol.

I posted this in the community thread, but just in case anyone wanted to see what high level play on an Xbox controller looks like… 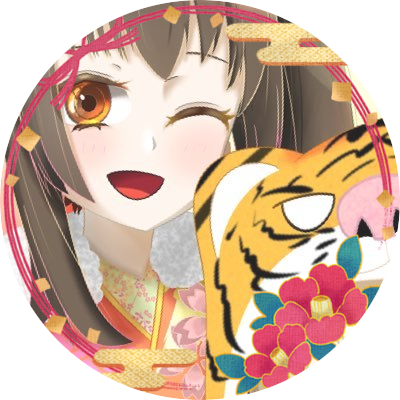 Fun game, been playing some online games on easy difficulty and enjoying it! Glad it is on gamepass.