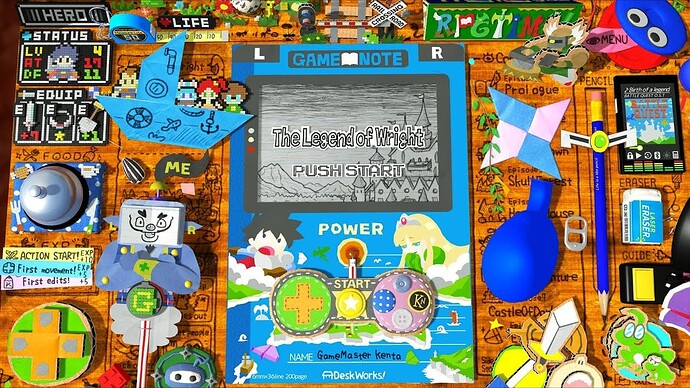 Way back in 2007 a two-man team started prototyping a game that wouldn’t release for nearly 15 years. I first saw the title back at Xbox’s E3 2019 show, and the unique look had my attention. Just under three full years later after a Hail Mary email to publisher Aniplex’s English Press email, a code showed up in my inbox, just 30 hours before this embargo was set to go off. After spending 30 or so minutes in the game I knew I would finish it and get a review out on time because this game is special. It is one of the best and most inventive titles aimed at younger players I have ever experienced. The incredible art style, mixed with the photo scans of the real-world playset they created results in a truly spectacular-looking 1.8GB large game. 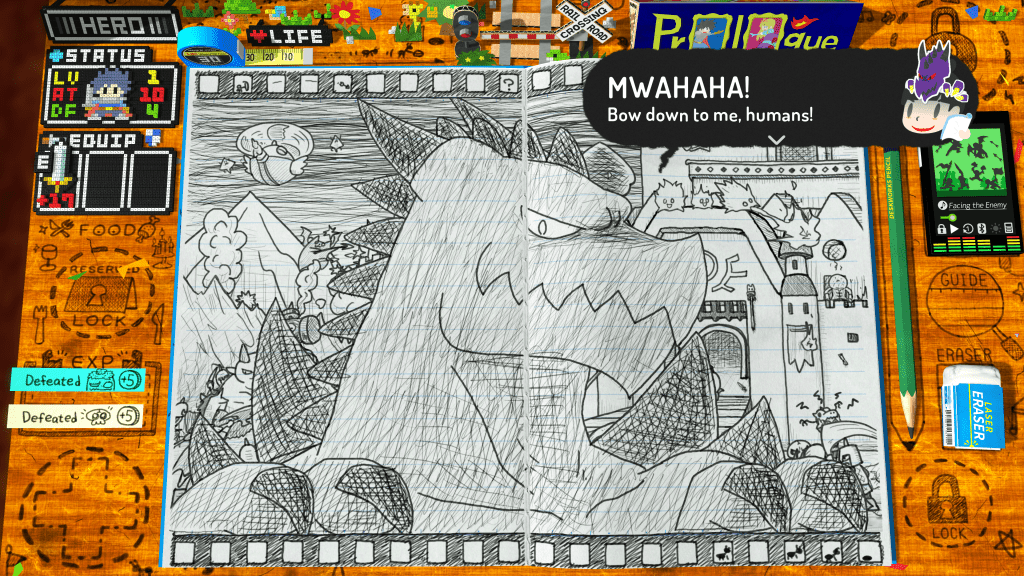 Deskworks’ website features multiple screenshots of their real-world version of the setup of this game. RPG Time: The Legend of Wright’s premise is that you are playing a board game with the world’s most prepared and inventive schoolboy. If he’s voicing a character, he always has a little headpiece with their face on it ready to go. Every “button” you hit in the game gets represented with its own art style. The entire play area here is something that could exist in real life, except for the centerpiece. It’s a notebook with animations that come to life, animating in a low framerate flip-book style (without the annoying flipping). It is gorgeous and only got better as the game went along. The amount of animation here is ridiculous. All the hand-drawn sprites have a sense of flair and style that I loved and carry what is essentially a series of mini-games for 10 or so hours if you mainline and up to 20 according to the publisher if you try to do everything.

The translation here on all the text is top-notch as well. The writing is excellent and legitimately funny for kids and adults alike. The game’s sense of humor can be downright ridiculous and helps carry you through the tougher part which is actually playing it. The controls aren’t bad, but the pace at which things move along can be snail-like UI-wise. Everything is a real piece of the play space, and this includes the pause menu. I didn’t unlock that until three and a half hours into the game! There is a ton of dialogue here and getting through it even if you mash the ‘A’ button to skip still takes a bit longer than I’d like. Everything is deliberate, including death/failure. If you die the pages of the notebook turn for a few seconds, then you mash A to get back up, then the pages turn again, then you get some dialogue about being back up, and then after 20 or 30 seconds, you get to try again. It’s cute the first few times but playing it non-stop for a day for this review it grew tiring rather quickly.

You Are the Hero

Story-wise you begin as the titular Wright. A hero trying to thwart the Demon King Deathgawd and save the Princess of Light and her kingdom. Along your way, you’ll meet a bevy of human, animal, and demon characters alike and either work with or against them through a series of uniformly excellent mini-games. The main battle mechanic is a turn-based flick of the right stick sword swipe, though there are a few times where platform combat and traversal occur and so much variety that there is no way I could ever get through it all in less than 5000 words. For a game that is at least 10 hours or so long this is key as I never grew tired of what I was being asked to do, and at $30 retail it is well worth its price value-wise.

The only other negative I have is the music, which is very well made but a bit too… circus-y? It can be quite tinny and energetic and occasionally felt in the way too much. My wife was sitting near me while playing and I could see the look of annoyance on her face when a particularly shrill tune was playing for minutes on end. Performance-wise this is a Series X|S enabled title and it looks clean and runs smoothly. I ran into zero major bugs while playing and Quick Resume worked like a charm as there is no online component here.

RPG Time: The Legend of Wright is a unique game. You need to see it in motion to truly appreciate it. Both graphically and setup-wise I’m not sure I’ve played something like it before on an Xbox system. It is definitely aimed at kids, but even as a grumpy old man who is turning 40 this year I loved my time playing through the campaign. Few games have this incredible of an imagination behind them, and I cannot wait to see what developer Deskworks comes out with next.

This looks so cool! Congrats on the review.

I seem to be the only review online so far? hah

Do not sleep on this game, especially if you have younger kids, it is fantastic.

…s there is no online component here. 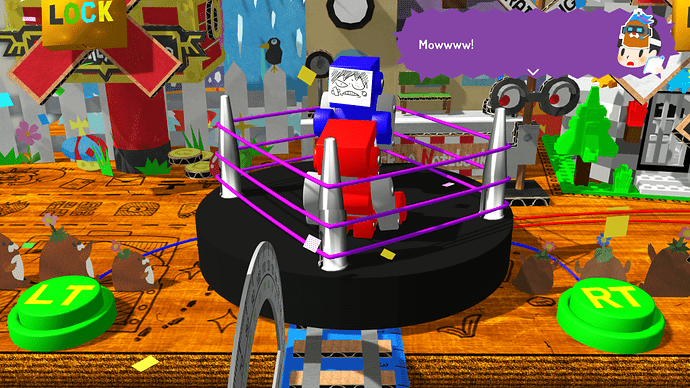 In Conclusion RPG Time: The Legend of Wright is a unique game. You need to see it in motion to truly appreciate it. Both graphically and setup-wise I’m not sure I’ve played something like it before on an Xbox system. It is definitely aimed at kids, but even as a grumpy old man who is turning 40 this year I loved my time playing through the campaign. Few games have this incredible of an imagination behind them, and I cannot wait to see what developer Deskworks comes out with next.

Rated E for Everyone

It looks fantastic. Will probably pick it up.

I like how imaginative this game looks. It looks like some kid went overboard and started writing on his desk lol. It’ll be one ill pick up.

Im sure for some people their imagination kinda dies as they get older. Mine can get really out there when im listening to certain music.

Great review, thanks for putting it up so fast! You’re a total beast