Resident Evil Village was released to great fanfare and success back in May of 2021. After a surprisingly long time, the first and seemingly only expansion for the game has finally arrived, titled Shadows of Rose. Alongside side it comes a new multiplayer game titled RE:Verse and a 3rd person camera for the base and expansion campaigns. So let us take a look at this new Resident Evil Village Gold Edition package and see if it’s worth it for new and longtime fans of the series alike. 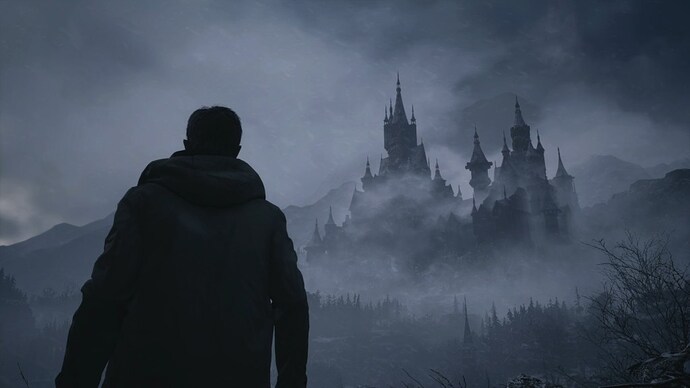 Ethan Is A Nerd

We’ll start with a  short breakdown of the base Village campaign, which stars Ethan Winters who is a goober. After a seemingly peaceful transition to family life after the horrific events of RE7 Ethan, his wife, and their daughter are living in seclusion under the protection of Chris Redfield. Things once again go sideways and Ethan eventually finds himself entrapped in a mysterious village full of Lycanthropes. The story of Village is decently told, though the voice acting is mostly terrible. Ethan in particular is painfully bad and drags everything down whenever he talks. There are some great characters and tons of classic Resident Evil puzzle work alongside competent shooting and movement mechanics. The main change for the base campaign is the availability of the 3rd person camera if you own the expansion pass.

It seems really weird to lock a camera behind DLC, but I can imagine that a lot of work was done to integrate this new perspective as smoothly as they have. Plenty of cutscenes still default to first-person but the entire playable part of the game works well with the over-the-shoulder perspective. Playing on a Series X the game looked great and the sixty frames per second target with ray-tracing enabled only saw occasional dips in the most heated of combat. The Village campaign is good but falls short of the scares I felt in RE7. The castle’s inhabitants look incredible though, and the RE Engine is flexing its muscles big time throughout. The other major part of the expansion pass is the expansion starring Ethan and Mia’s daughter titled “Shadows of Rose”. 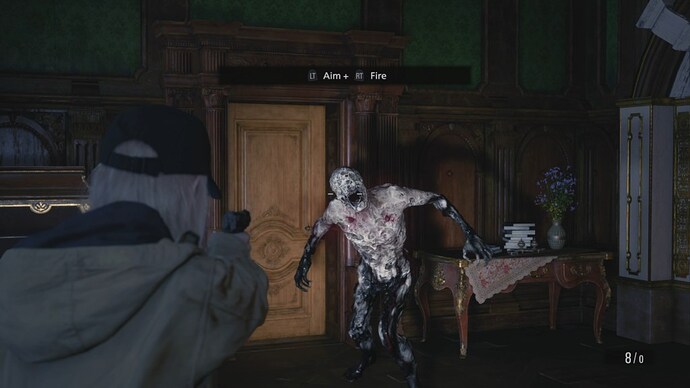 Setting up the story of the expansion will be massively spoiler-filled for anyone that hasn’t played so I’ll say that Rose has something she doesn’t like and she must enter a weird dream-like world to try and get rid of it. Inside said world, you’ll gain powers not in the base game alongside some fun-to-use weaponry. The entire expansion will take you roughly three hours and I enjoyed it a lot. I found it scarier than the base campaign as it was far more disturbing in its imagery and themes. I’m curious to see where the game heads for its next mainline entry, especially as this title gives such a large time jump.

Village’s Gold Edition also offers you access to the new multiplayer game RE:Verse, and it is truly terrible. Resident Evil has a long history of bad MP attempts and this is one of the worst for me. You start out each deathmatch as a human of your choice and when you die you’ll mutate into various monsters depending on how many t-virus vials you find while alive. Graphically it looks poor, it controls terribly, has awful balance issues, and is simply not fun.

Finally, we have a bit of content added in the Mercenaries mode which is a lot more fun. It’s a horde-style more arcade-focused PVE mode where you’ll take on enemies from the main game. You can play as various boss characters as well which is a ton of fun. Now YOU can be the big lady stepping on people. 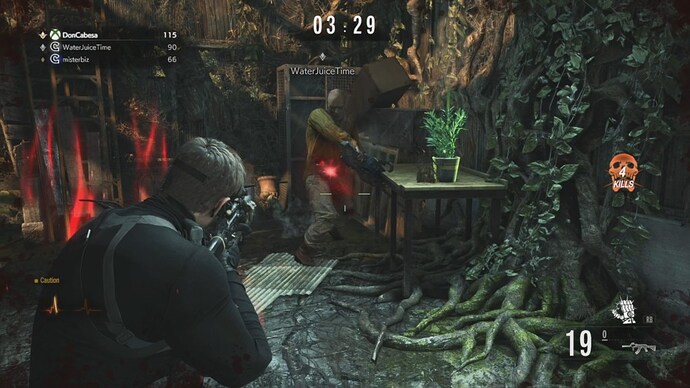 Resident Evil Village’s Gold Edition is a solid way to experience the full campaign and all its extra content for newcomers. It’s $50 for the whole thing, or $20 if you already own Village and want the new expansions. RE:Verse is a huge miss, but the third-person camera, expansion, and Mercenaries content more than make up for it.

Question Jess, do you actually see Ethan’s face? Or does the the camera prevent you from doing that?

Question Jess, do you actually see Ethan’s face? Or does the the camera prevent you from doing that?

You see most of it from the side but never full on.