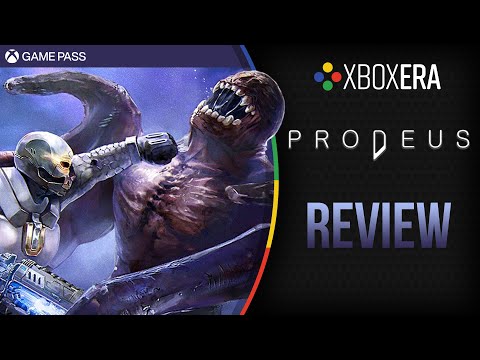 Prodeus describes itself as pure retro FPS chaos and I couldn’t put it better myself. It is a high-octane, non-stop shooter featuring tons of guns, lots of gore, and an incredible aesthetic. It is releasing day one into Xbox Game Pass on console and PC after years in early access and it is freaking cool. I haven’t gotten to spend much time with the full release, but I think it’s safe to say that either alone or with friends this game kicks some serious ass. 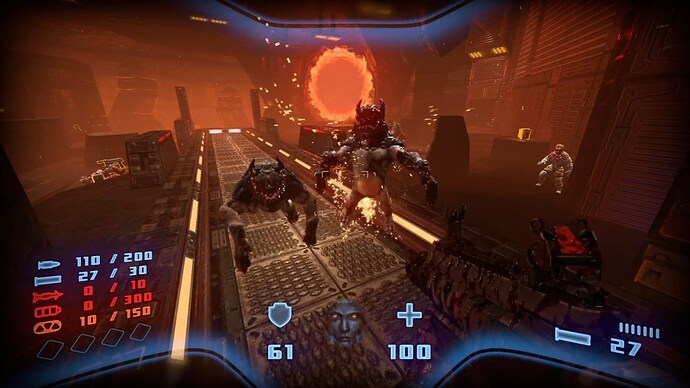 Coming from a two-man team, Prodeus is all about the look and feel. The story feels more like an excuse to go to increasingly more bizarre and demonic-looking levels that use a mix of modern graphics overlayed with filters and self-imposed framerate limits that mimic the early days of shooters.  You begin with just your fists with the left trigger and right trigger controlling each hand. Enemies explode as you pummel them into a bright pixelated mess of carnage and gore. These are 3d models with a pixel filter placed on top of them that also limits their framerate, and it looks gloriously good. This setup allows the lighting to effect everything and again it just looks incredible. You do have the option of turning off the filter and seeing the base models, and while things still look good it’s nowhere near as cool as the default setup.

The levels are a mixture of Quake and DOOM with a lot of hell-inspired landscapes being chock full of industrial complexes. Enemy designs are great and give off easy-to-read silhouettes which is key because of the pace of the game. It is relentless even on normal difficulty and knowing who you’re fighting and where they are is key. A lot of the designs have obvious inspiration, especially from DOOM, as there are imps, cacodemons, and flying exploding skull types. This feels like a celebration of the “boomer shooter” in many ways and that feeds into the community-driven side of things, too.

After completing the main campaign, which can be done solo or with up to 4 friends in co-op, you can hit the community level section. There is a powerful and comprehensive suite of tools on offer to let you build damned good-looking levels and then share them through the in-game browser. From Peach’s castle to golf courses and more the amount of content built up over the past couple of years has been incredible to see. Online competitive multiplayer is here as well, and while it feels great to play, I never found myself drawn to it personally. 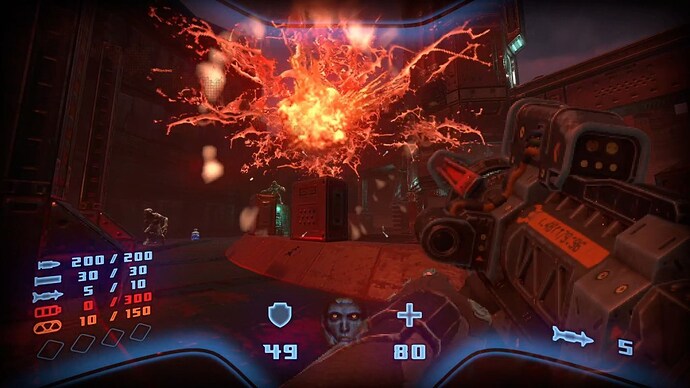 All of these looks wouldn’t mean much if the game didn’t play well, and boy does it. As it was only in preview on PC that is where I’ve spent the majority of my time while using a mouse and keyboard. It feels perfect, and after replaying most of the game with a controller it felt great that way too. You move quickly, have damned near perfect control in the air, and the acceleration on a controller felt perfectly dialed in. Your arsenal consists of a lot of guns that cover multiple ammo types. Outside of the shotgun, you will run out of most ammo often, which forces you to switch up tactics on the fly. Every gun has a unique mechanic. From the pistol becoming a heavy three-shot burst when aimed down sites to the shotgun becoming a huge fiery blast when charged up or the rocket launcher exploding mid-shot whenever you want, there are always different ways to use each gun.

Accompanying you throughout each frenetic level is an excellent soundtrack. Some levels are non-stop pulse-pounding beats while others are more (sometimes too) subdued. The way it feeds into the graphics and combat is a thing of beauty and the sound effects are mixed really well for a 3d audio setup while using headphones. There are a few combat arenas per level that can’t be left until you kill everyone and finding them based on the positional audio was never an issue for me while using DTS:X on my PC.

For $25 there is a lot of game here, and the base campaign features a lot of secrets for you to find. The user-generated content that has been and will continue to come to the game should give it legs for years, and being in Game Pass on both Console and PC means finding people to play with should be a snap. 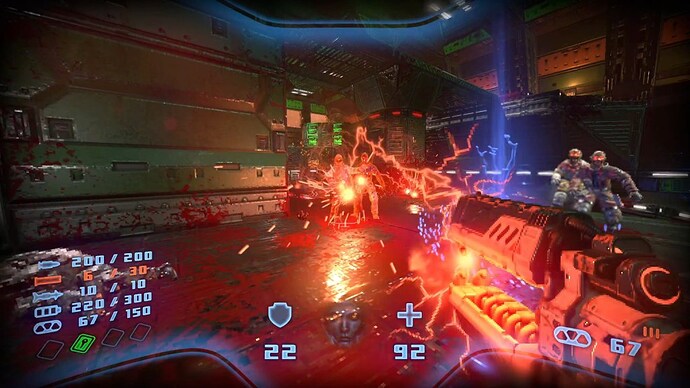 Prodeus is stupidly fun, looks incredible, sounds fantastic, and is launching into a subscription service many people reading this may have. It’s been a bit of a weird marketing cycle leading up to the launch of the game, but I hope as many people as possible at least try it out. It’s one hell of a love letter to the FPS genre for both the old and the new.

It is beyond me

A mix of old and new. The hardest part now is the time it takes to play things. Once that’s done I can hunker down and write/narrate/video edit it all in a few hours after doing so many. Prodeus is something I’ve put dozens of hours into in early access so it made it a lot easier, mostly just needed footage.

Game is available now on console and pc

Damn you @Doncabesa! Stop adding to my back log!

In seriousness, I do appreciate your reviews. There are more than a few games I would have passed on if not for your thorough reviews and videos.

Hopefully I didn’t just miss it like an idiot, but how long is the main campaign?

Hopefully I didn’t just miss it like an idiot, but how long is the main campaign?

Thanks again for this review, @Doncabesa! I’ve spent the last few evenings dabbing in a few levels and enjoying how the filters change the look of the game.

The only draw back is that my kid sees me playing and taking my time to explore for secrets and upgrade resources and his inner Doomguy takes over, steals my controller, and starts playing like the Doomslayer on speed run. Eventually I get my controller back and he goes and plays this on his own account. He’s gotten his friends to play, too.

Game is absolutely incredible if you are a fan of old school FPS games. Every enemy encounter reminds me of a line from Rise of the Triad. Ludicrous Gibs.

Rise of the Triad

Oh, man! I had forgotten about Rise of the Triad until I read your post. That and Blood were two of my favorite spin offs.

And Hexen for the higher fantasy setting.

You dont have to go fast and can play on the lowest of 6 or 8 difficulty levels.

Try upping the resolution and field of view, works well for me

Im actually surprised that this one doesn’t make me feel sick. Most of the recent retro FPS games Ive bought (Wrath, Dusk, Forgive me Father, Amid Evil) all made me feel awful within 10 minutes.