KEMCO publishes a lot of games, their latest is a strange and inoffensive take on the deckbuilding roguelike genre. This is RPGMaker meets Slay the Spire if the balance was thrown out the window and instead replaced with hours and hours of dialogue to read in between runs. The music is pretty darned great though, and it doesn’t look too bad during runs. Is that enough to save this title from the realm of obscurity? Nope! Not even close. 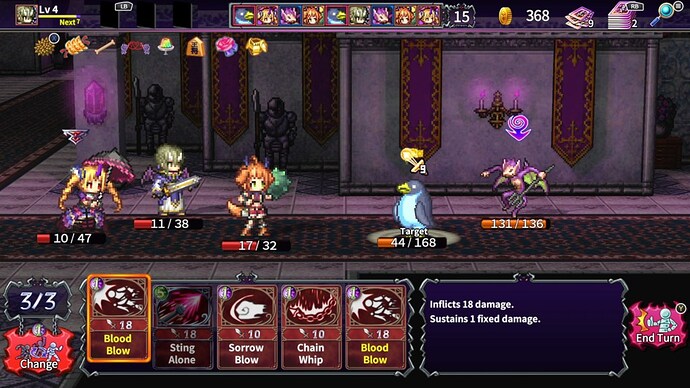 (I’d rather be eaten by a) Monster Train

One of the keys to a good deckbuilding roguelike game is balance. Both in-run and outside leveling systems must be finely tuned so that you feel like you’re always getting better because you’re learning the intricate systems correctly. Overrogue replaces this with little to no balancing and instead emphasizes gacha mechanics. Best I can tell pre-launch there are no active microtransactions in the game, but the hooks for them are everywhere in the shop UI. The only way you get better is by spending currency, which you earn slowly in-game by playing the same dungeons over and over. Getting to those runs can take an extremely long time as well if you choose to pay attention to the story, so lets get into that first.

You are Sael, demon son of the Overlord of the underworld. There is a competition being held to determine who the next Overlord will be and after much hemming and hawing, you decide to give it your all and be the bestest demon son you can be. Joining you are various characters you meet along the way and it is all incredibly forgettable. Cutscenes in-between runs can be 20+ minutes long if you read the entire thing, and I quickly found myself pressing Y to skip through after a few hours in. There is an option to completely turn off the story mode as well and unless the early cutscenes and their incredibly basic writing grab you quickly I’d recommend it.

There is an overworld here, though it is tiny. Essentially you will occasionally be tasked with walking around your home base or the local city and pressing A to talk to a few people in-between runs. It’s all so mediocre, and boring but it’s not offensive. I got a sense of care and heart here, but the translation is incredibly basic with a very literal use of English that made things sound stilted and weird. If you know KEMCO games then it’s “another one of those”, and you either love it, hate it, or have never heard of it. The main issue I have is, as previously stated, the terrible balance of the playing systems. 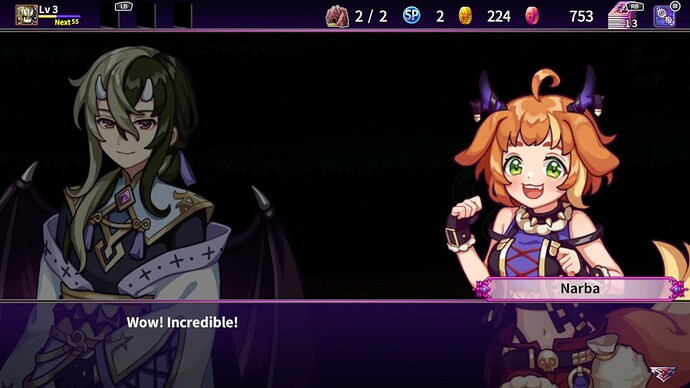 The in-game card shop is literally called Gacha, it’s clear that mobile game monetization was their inspiration here and it kills things. If you’ve played a game like Slay the Spire or Monster train you know what to expect with the energy and card cost system. Overrogue presents an incredibly dumbed-down version of these titles and the only way to truly power-up is to replay the same few missions over and over again until you can overpower the broken mechanics because you spent enough currency to make everything hit hard enough. There is little to no strategy, and while the various decks you’ll slowly unlock do play differently enough the amount of actual strategy in a run feels minuscule in comparison to the greats in the genre.

It pulls directly from Slay the Spire in almost every facet of the card and run based systems. You’ll choose from three cards after each match, there is an interwoven grid path to follow, treasure chests give you “stickers” which are just relics from StS, and so on. Slay the Spire & Monster Train are still on Game Pass btw so if you want to see what great versions of this genre are like and learn these systems I’d highly recommend going that route if you can.

One difference is that instead of it being simple your turn then the enemy’s turn there is a speed system in this game, akin to something more mobile-based like Star Wars: Galaxy of Heroes. It’s a nice change but again one that is terribly balanced. I found a few times where my sticker drops allowed me to have massive amounts of speed which broke everything. I would get to attack 6 or 7 times before an enemy could once. On other runs even with high-speed stacks, the enemy was attacking me every other turn and I had no chance until I ground away more card levels.

There is a lot of game here if you bother with the story, even without you should get a solid 10+ hours in run-only mode, so it isn’t the worst value if priced well. Sadly I have been unable to find out what the final price of the game is at launch but I’d hope it’s something close to $10 US at the most. 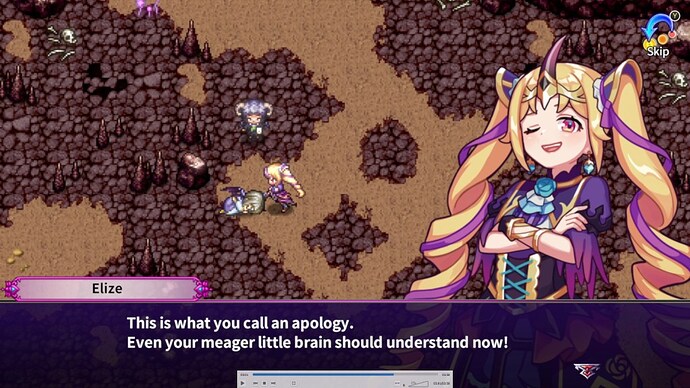 Graphically the game looks quite bad in the overworld, and the UI system is rather basic but mid-run things look pretty good. It’s the almost 2D HD style with a nice lighting system mixed in with a pixelated aesthetic. It’s not great looking, but it’s a big improvement over the bland and ugly overworld sections.

The best part of the game though is the music. I have no clue if it was made specifically for this title or not but some of the songs during runs absolutely slap, and I found myself keeping things paused so I could listen to them before they’d quickly and jarringly cut. Often the songs don’t properly fade in or out, and there is no voice acting to be heard so overall the audio ends up being a mixed bag.

I did not have any crashes though I had the occasional freeze while playing on a Series X. Load times were nearly instant as you’d hope with what is being loaded in and out, & the UI system has pauses built into it that can be frustrating as you’re trying to quickly get through a run.

Overrogue’s value will depend entirely on the price, which I simply don’t know before launch. There are far better options on the Xbox platform, especially those on Game Pass like Slay the Spire and Monster Train (just to name a couple). Great music and decent graphics can’t save what is otherwise a bloated and unbalanced mess of a title.

There we go, finally updated the OP. Game isn’t terrible and it’s pretty cheap but it’s nowhere near as good as any of the other deckbuilders on the platform

Sounds like the game is as bad as its name…

Another one I’ll stay away from. Good review though

Sounds like the game is as bad as its name…

Another one I’ll stay away from. Good review though