Outriders: Worldslayer is the first paid expansion for the 2021 release, which hit Game Pass on day one. This expansion will run you $40 and it continues the story after the main campaign of the base title. The phrase “bigger is better” applies to everything on offer, with tons of enemies per encounter, more upgrade systems and paths than ever, and some truly wild loot that greatly varies up the gameplay. Here is the nitty-gritty on why I think this one is worth picking up if you enjoyed the original title at all. 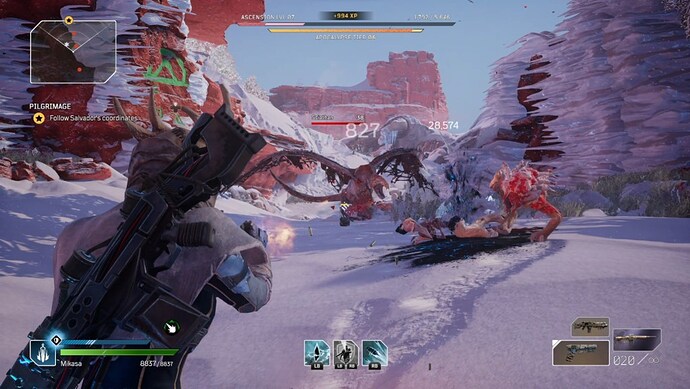 Few games let you live the power fantasy of being a walking God amongst men better than Outriders did. Your anomaly-infused custom character tears through their enemies like a hot knife through butter in great feeling and extremely satisfying combat. The Worldslayer expansion picks up right at the end of the base game’s campaign and thrusts you back into the hellhole that is Enoch with more mysteries, bland and annoying antagonists, and more insane fun than ever. The dialogue is better than what I remember but the plot remains as formulaic and easily predictable as ever. All of that is just window dressing to keep the star of the show going, the 3rd person mix of melee, ranged, and power-based combat.

My main class is the trickster, using a mix of deceptive movement abilities to slow time and vicious melee attacks to slice my foes into ribbons. All the original classes are back and you can power level any of them up to 30 so you can start the expansion at the main menu. It’s great to not have it limited to one character ala Destiny 2 and I plan on going back and playing through with each class over time thanks to this system. Alongside your regular leveling tree are two new ones. The Pax tree is tied to expansion progression and offers two branching paths that are unique to each main class, and the Ascension tree which offers 4 types of stat increases like the Paragon system in Diablo 3. These systems can be refunded and changed up on the fly at any time for no cost just like the main skill tree and combined with a bevy of new and incredibly powerful mods offer up dozens of different builds per class.

That doesn’t even get into the deep but easily understood gear system. New Apocalypse drops have three mods instead of the normal two slots and help customize and power things up even further. New regular and legendary items with more and more powerful mods have been added in as well and I can see the endgame power grind becoming incredibly popular with the up to three-player cooperative combat available. Much like the base campaign, there is a progressively more difficult and retry-limited area to play through which I’m working on now and it mixes every enemy in the game together with tons of drops for each successful area cleared. This is the base game on steroids, and I really enjoyed my time with it during the review period. I see myself hopping into the game constantly over the coming months to try and see what clearing this final zone offers up. 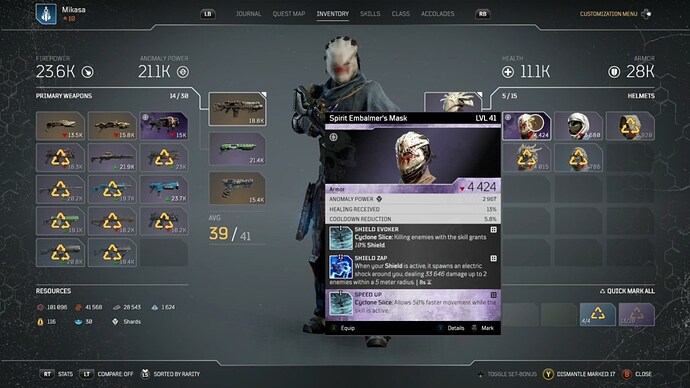 The expansion looks great with varied biomes, rock-solid performance (in solo play at least), and an excellent soundtrack. The voice acting as previously mentioned is done well, but the writing is ok. Dialogue is nowhere near as bad as the base campaign, but the plot goes exactly where you think it will every time. Let’s get a bit deeper into each aspect.

I played on an Xbox Series X and the game had the same crisp image and sixty frames-per-second smoothness that I remembered. It was far less buggy than my initial launch review of the base game, which is great as it has been patched a lot over the past year. That is one thing to keep in mind as you consider buying this title. The base game is on Game Pass and you can do a $40 upgrade for just the expansion or a $60 package deal for it and the base title if you like to own a license for your games or are on a different platform than Xbox. The areas are still small overall with hilarious short cutscene loads due to the cross-gen nature of the title. This still has to run on a VCR Xbox One and PS4, but at least most of the load times are 2-5 seconds at most on the current-gen of consoles.

The music really is tremendous as are the sound effects. For all the issues I have with the dialogue the sweeping orchestral score adds a lot to the game, and it’s all good. Like with the graphics I didn’t run into any major bugs while playing, no bugs at all that I can remember.

Control-wise things do feel better on a controller than they did at launch. It can get a bit wonky with your up and down aim having crazy acceleration when aim-assist isn’t kicking in, but as this is first and foremost a power game it felt fast and accurate enough for using my powers while fighting massive groups of enemies. Rarely did I feel like the controls were the cause of me dying, more often than not it was me being greedy with damage and not using the cover around me to avoid it. 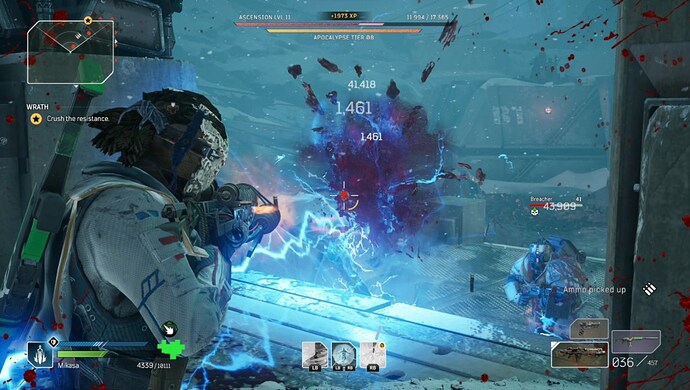 Outriders: Worldslayer is a solid 8 or so hour expansion that adds a seemingly long and quite enjoyable endgame grind to what was already a solid title. With the base game on Game Pass, it is worth giving that a shot and if you like it just know that this expansion is available, and it’s damned good. It takes everything the main campaign has and dials it up to eleven in a brilliantly dumb-fun kinda way.

Wow. Worthless but yet that guy spent time posting his opinion. SMH.

You know, Game Pass made this expansion into the existence.

Great review as always! Was fun to watch you play a lot on stream too. Crazy amount of enemies at times!