It’s as if this review copy of Metal: Hellsinger were fated to land on my Xbox Series X all along. Back in 2020 I reviewed the brutal Doom Eternal, then in 2021 it was the time for the rhythm-based shootouts of BPM: Bullets Per Minute. It’s 2022, and a long-awaited mixture of those two styles of game is finally in our hands. id Software’s trademark ultraviolence combined with a high-octane rhythm shooting game and an absolutely shocking cast of legends from the metal scene to deliver a bombastic soundtrack. Also it’s coming to Xbox Game Pass at launch! The expectations for such a ridiculous crossover are enormous, but can the game live up to them? 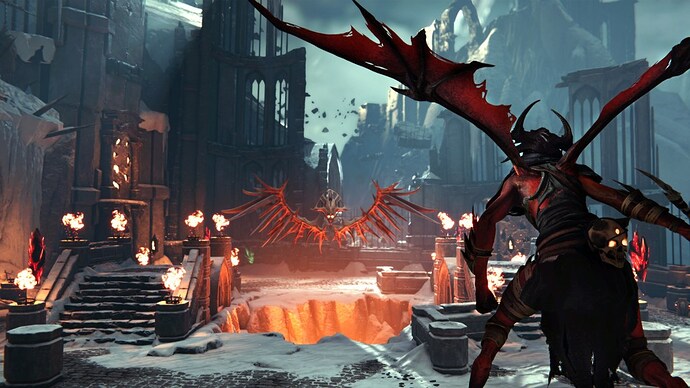 A game like this certainly doesn’t necessitate of a bold storyline, yet there’s fully voiced cutscenes featuring slightly animated hand-drawn sprites. It has a fairly cheap style to be fair, but it’s effective in the context of the silly yet powerful lore. I’d not dive into the specifics of the story solely because it’s only a handful of beats, so I’d rather not spoil much. Fans of the Hellish imagery of Doom and metal music will certainly have a blast, that much I can say.

The first playable segment functions as a quick and dirty tutorial, that shows how similar the game looks and plays to both Doom Eternal and BPM: Bullets per Minute. Like in Doom Eternal, most of the combat plays in Devil May Cry-esque arenas, where the exit remains closed until the final demon is sent to Hell – or wherever they go when they die in Hell, anyway. The movement system is similar to id Software’s masterpiece: high octane first person shooting with double jumps, dodges even mid-air, and even a knock-off version of the glory kills to reacquire health from context-specific melee finishers. 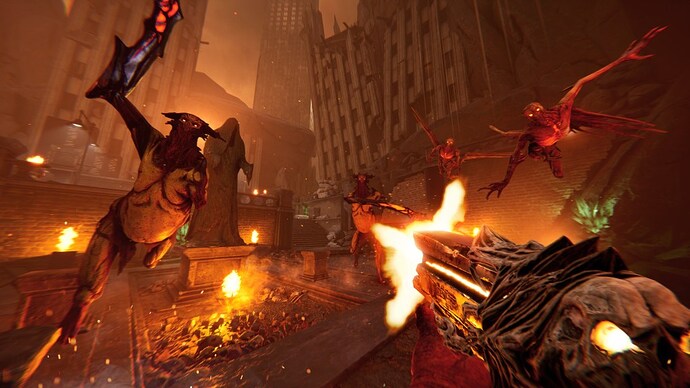 This is a rhythm-based shooter however, and while movement can be done freely, all attacks have to be done by the rhythm. Shotguns, pistols, or demonic knives and skulls: whatever your weapon, it only ever fires if shot at the correct beat, with the player being rewarded with higher scores and even higher damage for successfully connecting long and perfect combos of multiple notes. A wrong shot or getting hit once can break these chains, so beware!

Indeed, having to constantly look after the combos can sometimes become the biggest challenge, as it’s not easy to stay on the correct beat when trying to dodge the attacks of a dozen different enemies at the same time. Like with BPM: Bullets Per Minute, the game’s core game system can therefore become somewhat overwhelming, especially when the player is low on health and desperately trying to find a health source. Speaking of trouble like that: players can use a limited amount of resurrections in each level, but it costs them a lot of points to do so. What’s more important to you, a high score or finishing the fight? 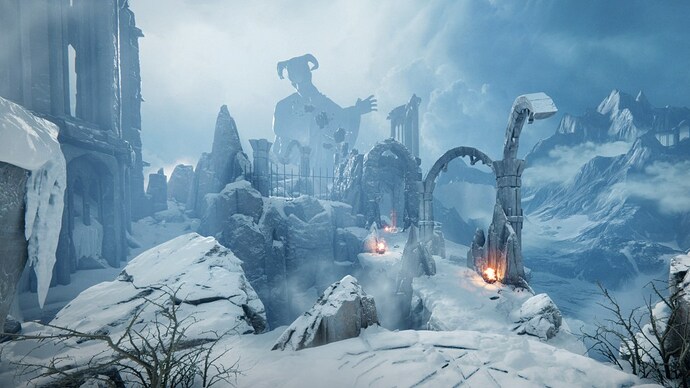 Each level has its own song, with the middle part of it looped as long as the player stays in the area. These are, predictably, absolute stunners of metal bangers, with vocalists from bands like Arch Enemy, Dark Tranquillity, Jinjer and System of a Down to mention a few. As the players’ combo meter rises, more and more instruments join the banging soundtrack, with the vocals kicking in as the maximum of 16x is reached – a fantastic reward for playing well, made easier fortunately by the power-ups around the levels. Levels which, by the way, look extremely stylish – very creative Hellish areas with a lot of dynamic elements to boot, and always a boss at the end too. Unfortunately, it’s almost always variations of the same boss.

Finishing each level in any of the 3 available difficulties won’t take more than a few hours, but player characters are largely customizeable in terms of starting weapons and perks. The latter can be unlocked by specific standalone playable challenges in endless arenas where players need to complete a specific objective, be it killing a certain amount of demons with correct timing to the beat or eliminating them with ultimate attacks. Last but not least, there’s a handy codex where players can look up every tutorial, cutscene, get extra information on all weapons and demons, and even playback any song of the game’s lovely metal soundtrack. 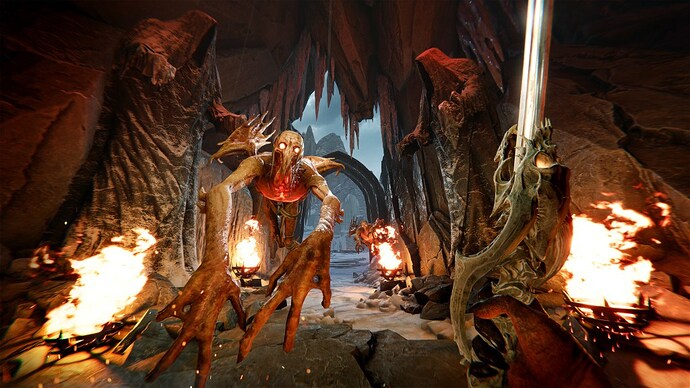 The game’s difficulties, customization and challenges make for high replayability, further enticed by the global leaderboards available for each level. I still think the game could have a bit more unique content, with not that many levels and weapons to choose from, but the mid-range pricepoint and the massive skill ceiling to aim for present more than enough meat ultimately. Metal: Hellsinger takes great inspiration from some of the most exhilarating shooters of our era, offering a compelling rhythm-based action game with great style and fantastic soundtrack. It’s not all that unique, with games like BPM: Bullets Per Minute already “inventing” some of these concepts, but the quality is undeniable, and FPS fans should not skip this one for sure. Especially since it’s launching day one into Xbox Game Pass. 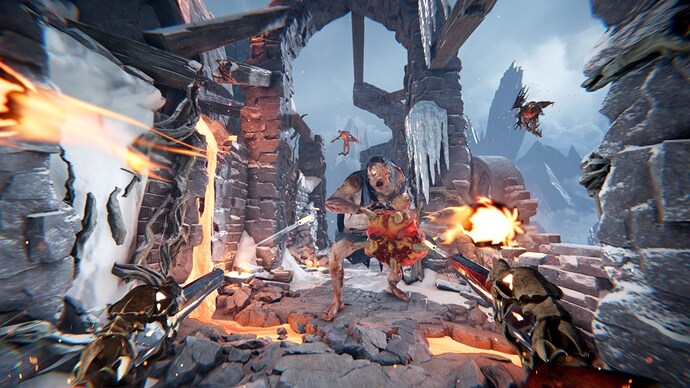 The only thing about this game is that a person has to like the music to really like this game. I love the gameplay and the idea myself but I not a fan of metal music. Maybe most gamers are into metal.

The only thing about this game is that a person has to like the music to really like this game. I love the gameplay and the idea myself but I not a fan of metal music. Maybe most gamers are into metal.

I am quite dissimilar. I have zero rhythm. I’m afraid to dance for fear of medical services being called in for seizures. However I LOVE the soundtrack and I’m trying to find where I can get it separatly (preferably in HD audio)! I’ll definitely play the game on Game Pass, but I’ll likely watch most of it as my kids play it.

I played the demo but didn’t like it that much. Guess I will have to give it another chance.

Of course it’s always possible it’s not for me.

I’m an Xbox gamer with a Gamepass subscription and I love System of a Down. I guess I’m the target market for this one.

I streamed the first 3 levels today, this game is frigging great. I am dropping this one not good imo