Review | Marvel's Guardians of the Galaxy Eidos-Montreal had a huge task. Take a recently revamped franchise and make a big single-player action RPG that brought in enough of the Marvel Cinematic Universe’s appeal but was able to stand on its own. After the failure of Marvel’s Avengers, which featured a good campaign but had a bolted-on games as a service feature, many wrote this title off without a second thought. We were a bit late to the party on this one, but after hearing solid buzz from members of our community I had to give this one a look and I am very glad that I did. 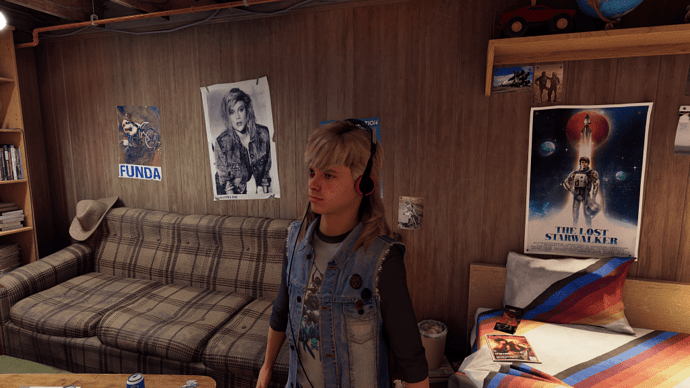 You play as Peter Quill who has a similar past to that of his movie version. Peter is an earthling with an alien father. I will keep this as spoiler-free as possible, as the game’s greatest strength is its story and it deserves to be seen with fresh eyes. Throughout your journey, you’ll help Peter grow as a fighter through a light leveling up system, a leader through a choice system on certain dialogue segments, and as a person as he attempts to become something better. I found this version of the character far more endearing than the movie one, as he isn’t always a complete idiot (only sometimes). There is real growth over the course of the game, and that goes for the rest of the team.

Drax is similar to his movie counterpart and far removed from his original comic iteration (much like Star-Lord). The voicework for him is some of the best I’ve heard in a game, as the sense of seriousness with how he takes things literally is mixed with a deep sadness for long periods of time. Rocket is Rocket, one angry flark. Groot is Groot, and they’re a lovable old tree monster. Gamora is here as the deadliest woman in the galaxy, and like the rest, her character has a depth to it that few video game stories are able to achieve. There are a lot of other characters pulled from the comics and I loved each and every one of them and the roles they played.

At the end that is what you want to play this game for. The characters, their dialogue, the writing, and the overall plot were better to me than either of the Guardians of the Galaxy movie (which I really like). This is due in large part to the fact that they are not beholden to any greater continuity, and you could feel the joy the writers had while coming up with legitimately funny comedy. Video games almost never make me laugh yet this title had me smiling and laughing repeatedly, and with a bit of tearing up in there as well. There is a New Game Plus option as well which is most welcome because while you cannot fully change the ending your choices do matter quite a bit to just how things play out. It’s a very light take on the Telltale choices and consequences system and I’ll be diving right back in to try things differently and see how everything takes shape in comparison to my first playthrough. The story hit me hard, which is good because the gameplay is “fine”.

The game only ever has you play directly as Star-Lord, but you can control the special abilities of each of your companions by holding down the left bumper and hitting the corresponding face buttons. Combat on the whole is mediocre at the start and solid by the end. It’s never great, but I didn’t find it to be in the way either. It can be a bit easy at times so if you’re experienced and like a challenge, I’d bump things up in the nicely detailed difficulty selection menu. You have your standard jump, jet boot dodge, and melee buttons. Y is a context-sensitive quick time or environmental destruction trigger, and your main guns will “evolve” as the story goes along to spice things up a bit. Each combat encounter gains you experience, every 1000 points of this gain you an ability point which goes towards unlocking more special abilities for the team.

There is nothing bad about the combat, but it can be repetitive at times. Thankfully this didn’t occur too often and the never-ending dialogue during fights can be entertaining. I did run into issues with repeat lines towards the latter half of the game but much like the cutscene dialogue, the moment-to-moment banter between the crew was excellent overall.  There are some light traversal and puzzle mechanics as well to mix things up in between combat and dialogue scenarios.

Each of your team members can be prompted to help you traverse or unlock things (or smash them) in the environment using the same left bumper system. Rocket can unlock doors or fit through small spaces, Gamora can slice through things or help you climb up walls. Drax hits things very, very hard, and Groot can grow out bridges or raise platforms. It works well and I liked how depending on the team’s mood they would sometimes just do these things on their own without my prompting in a realistic manner.

A Bounty of Bold Beauty

GotG features three graphical options and depending on your tastes they all look fantastic. I played the entirety of my playthrough in the 60fps performance mode and things looked fantastic and felt smooth as silk. There is also a 30fps Resolution mode alongside a 30fps Ray-tracing mode which was added after launch. The ray-tracing looked great and if you can handle chopping the framerate in half it is by far the best-looking version of the game whenever you’re in somewhere reflective. For the highest fidelity, the resolution mode works best, especially on larger displays. No matter what you choose though you are in for a treat as this game is fantastic looking.

Character models are excellent across the board, and the animation work is mostly spot-on. A few times things oddly clipped during combat, which is to be expected, but getting through the many crawl spaces or tight squeezes always had an odd transition from the free form movement into the “hold stick forward to go through the linear path”. The environments are massive in scope, though small in actual playable areas. Biomes and designs are well varied, and though there is a bit of backtracking through areas things generally change quite a bit in-between visits so that it still feels fresh and exciting.

Audio-wise the game is nearly perfect. Each character has excellent voice acting from the main cast through the absolutely stellar supporting one. The music both licensed and the tracks made specifically for the game show an excellent understanding of what the story was going for. There is a lot of licensed music from Peter’s youth and the times it plays during the game or combat when you activate the Huddle Up (a hilarious sequence where Peter has to rally/focus the troops to get a buff) are some of my favorite in the game. There is also an excellent and powerful photo mode that people far more talented than me have used to put out gorgeous and hilarious pictures onto the internet.

Awesome Accessibility for All

The game features a plethora of difficulty options as mentioned earlier. You can set things to be as difficult or easy as you like when it comes to combat, quick-time events, and so on. From how much damage you receive to how many hits you can take when your health is down to zero there is a large list of choices here that allow you to tailor the game to fit your needs and/or desires. The level of control here is rare to see in a game like this, and I hope it becomes a standard moving forward.

Bug wise I only ran into a few issues where sounds would cut out for a short period of time, and once a trigger didn’t go off for starting a cutscene. Thanks to a generous and constant auto-save system though it was a quick reload to fix things. On the whole, the game was a solid, stable experience for me the entire way through.

This is an excellent video game that you should try and play at some point. It’s worth buying full price if you have the money, but as it is on sale often now it’s 100% worth a pick-up. Marvel’s Guardians of the Galaxy might be my favorite superhero game after the Batman Arkham series. While the combat never reached that series’ zenith its story, writing, and voice acting was every bit as good. That is seriously high praise for me as the Arkham games are some of my favorite of all time. Square Enix is a strange company though and I’m not holding out hope for a sequel here, but with how incredible this game turned out I sure do hope that I’m wrong.

Boy I wish this automated system would get the pictures working correctly.

Was a lovely game that I hope serves as a foundation for a sequel. Definitely one of my surprises of 2021.

Very close to finishing it myself and…ditto!

Game is shockingly good, in so many ways

Very close to finishing it myself and…ditto!

Game is shockingly good, in so many ways

Biggest surprise to me was Drax as he isnt written like a moron like his MCU counterpart.

Biggest surprise to me was Drax as he isnt written like a moron like his MCU counterpart.

Goes for all of them really, none of them are morons for the sake of a joke.

just bought it in a sale with a nice steelbook. i hope this holds up to the praise i see everywhere.

I have it tucked away safely in the backlog

Can’t believe it’s now a legitimate question to ask “are you glad Eidos ended up making Guardians of the Galaxy over a new Deus Ex” cuz I wouldn’t be surprised if several people would say yes to that. That would have been a resounding zero before the game came out, but now its different.