After spending a week with EA Sports Madden NFL 23 on Series X it’s been a mix of incredible highs and some frustrating lows. Server stability has been a major issue for anything online, but the game on the field is much improved over recent entries. Lets break it all down and see if this one is worth your $70 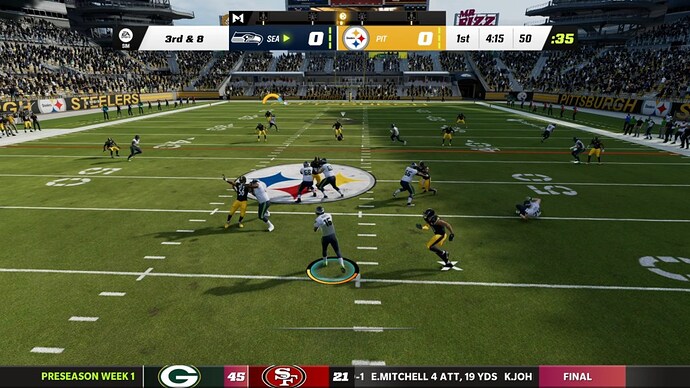 I am reviewing the Xbox Series version of Madden 23, which is quite different from the previous gen (and sadly PC). A lot of new gameplay systems have been implemented this year, which we’ll get into in a bit. First things first though and that is the incredible work that has been done to honor the late, great John Madden. He is all over the game, and the opening video is a love letter to this 30’ish-year-old franchise. Madden has had its ups and downs, but right out of the gate I had a feeling that this was the year they had been building to. It’s sad to see that PC doesn’t get the full new game because I’ve had a lot of fun with it.

Starting things off is an All-Madden mode game where two teams comprised of John Madden’s favorites throughout the years compete against each other, each with Coach himself on the sideline. The game has two graphical options and at first, I was playing in the Performance mode to gain extra frames per second. After trying out the Quality one though I stuck there as it simply looked far better during actual gameplay, and truly next-gen (though in-between plays is limited to 30fps and looks jittery at times). You get two versions of Coach Madden on the field, and it’s pretty much an all-pro game and a great way to get introduced to the game’s new mechanics.

There are a LOT of new ones and the game actually starts off with you going through and choosing how you want it to play. The biggest change to me was the new passing system which emphasizes player control and how important keeping a clean pocket is. The game does a masterful job of tutorial-izing every single aspect of football. It will happily run you through ever single freaking rule of the sport (well almost) in the help section and it’s great to see. The new passing system has three types of passes, lobs, touch, and bullets. A quick press of your targets button gets you a lob, a short hold is a touch, and a long hold is for bullets. Along with this you can use the left stick to aim in a small area around your final target to influence the direction, and the big new thing is hold down left bumper to try and make it a catch that only your receiver can reach.

It’s hard to learn but once you’ve practiced it enough I thought it felt great, and pressure is more important than ever as QB’s will be supremely accurate when given time. Get in their face though and all but the top players in the league will lose their poise and their accuracy along with it. The default settings do feel like they favor the offense as I was able to march up and down the field easily on the computer at times. I tried to play online but the servers were on fire for most of my review process which is concerning because a lot of this game is tethered to being online. 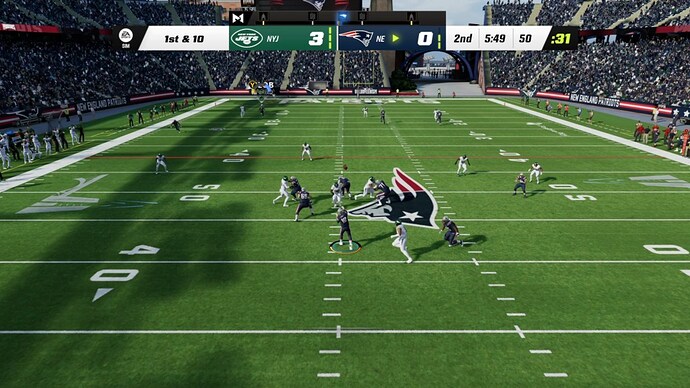 Graphics and MTX a.k.a. the Kings of Sports Games

Graphically the game looks fantastic and the new animation system leads to some great-looking tackles, along with some hilariously broken ones. They call it the “Hit Everything” system and it allows for mid-air tackles, assisting in a pile-up, and more ability to force turnovers. On the quality mode player face’s and uniforms look awesome and if you’re spectating a CPU vs CPU match it can even fool you into thinking it’s real-life on occasion. The stadium models are better than ever and the crowds look far more alive and human than they have in recent years.

The soundtrack is good if you’re into rap and hip hop, and modes wise it’s pretty standard. I didn’t see any basic offline season which was concerning and the franchise mode appeared to be tethered to being online as well. The big thing of course is the Ultimate Team mode which is front and center at all times and even features a season pass style functionality. We were supplied with the All-Madden edition for review which gave a ton in the way of MUT (Madden Ultimate Team) currency and I was able to create a rather powerful team quickly with a rating of 82 overall. It’s the same broken pay-to-win style mode as always and you either love it or hate it.

Face of the Franchise is the new, cringetastic single-player narrative mode. I created a QB and played through a few games where the dialogue and cutscenes were as cheesy as ever. It’s fun to play through solo though I did not like the pushed-in camera while playing. It made it far harder to read the field than in the normal game types.

Bug-wise I ran into a lot of graphical issues with textures and lighting popping in and the servers, as previously mentioned, were incredibly slow to react most of the time. That’s a bad thing as most of the game’s menus seem tethered to the online functionality and it made doing anything in M.U.T. a massive chore. 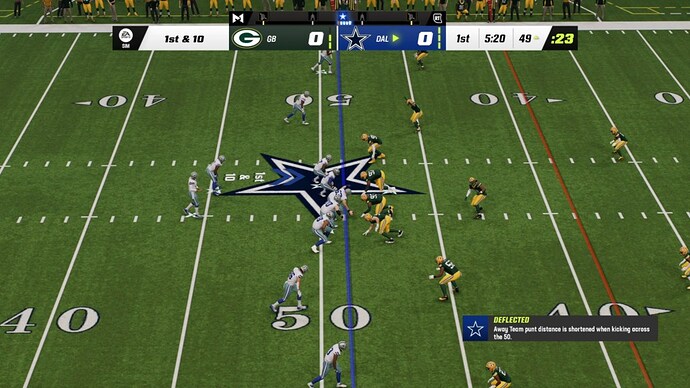 EA had a lot of talking points they sent us along with the review code. I’ve hit some of the animation and passing stuff but another key area they wanted to point out and it did seem pretty cool is how the Franchise mode works. There is a brand new, in-depth free agency system that adds a lot to the real life feel of the mode, and the scouting system was a lot of fun to go through as it offered up key information as I tried building the best franchise possible. There is a depth to the mode that felt a bit daunting to me personally, but for wannabe home executives it seemed like a dream come true. They’ve added in more evaluation periods, player motivations, and salary cap functions which added to the complexity and realism of being a GM. I lost myself going into the far deeper scouting system as well, where there was a plethora of information breaking down things.

Working in tandem with the new “skill-based passing” system is a more cat and mouse approach to defensive backs and wide receivers. I normally just play as a lineman and try to crush the QB but once I got the hang of it I really enjoyed playing as a DB and trying to shadow the opposing team’s top targets. I failed spectacularly a few times giving up big plays but I had my fair share of breakups and interceptions. The entire on-field package just feels better than it has in recent years to me.

On the field has seen a marked improvement over last year. The overall presentation is great, but the microtransaction heavy focus still detracts from things for those interested in the FUT mode. Being tied to the online servers for so much of the game’s functionality is worrisome when the servers have been in such rough shape during this launch period. Also, the game is $70 on series consoles which is a big ask for a yearly title. Overall it’s a step in the right direction that I hope carries the franchise back to its once great heights.