Originally available on Apple Arcade in June 2020 this title was due to make an appearance on other platforms in March of this year but got delayed due to the hostile actions of Russia toward Ukraine.  With a story consisting of Soviet protagonists and themes, there could probably not be a worse time for developers The Chinese Room to release the game into the western market, but any long-term fan of Russian culture and Ray Harryhausen films may want to check it out.  Come with me then as we go on a rather fantastical voyage in the XboxEra review of ‘Little Orpheus’

In the early 1960s, a cosmonaut is dropped into a volcano and ordered to burrow towards the centre of the Earth in a drilling capsule powered by an Atomic Bomb.  All contact is subsequently lost with Ivan Ivanovich until he reappears three years later insisting that he has saved the world but missing the weapon of mass destruction that was in his possession.

Unsurprisingly the military top brass is unimpressed with the situation and a senior officer who is supposedly ‘so frightening that even Stalin will not buy him a drink’ is tasked with finding out the true events of the last thirty-six months.  A game of high stakes ensues as Ivan sets out to convince his interrogator that the unbelievable adventures, he claims took place in his absence actually happened.  After all, failure to be utterly convincing will result in death by firing squad. 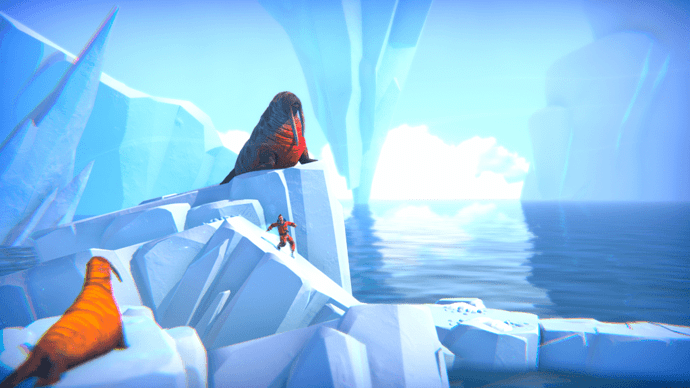 The game has been created in the style of an old-fashioned cinematic serial like the Buster Crabbe ‘Buck Rogers’ tales of old.  Each chapter takes place in a different realm and finishes on a ‘Cliff Hanger’ as Ivan journeys via various methods to another incredible land.  A narrator sums up what is happening to the hapless protagonist and a full set of end credits is displayed before the next chapter becomes available to play.  This is a stylistically bold choice and as someone who grew up watching this kind of thing (as even ‘Dr Who’ ended each episode on a moment of peril back when it was worth watching), I enjoyed its nostalgic effect.

The strange lands featured within the story have been crafted in a Technicolor style reminiscent of ‘The Land that Time Forgot’ and ‘Sinbad the Sailor’ films and they are very pleasant to look at.  In terms of the game as a whole, the cinematic visuals are probably its strongest feature.  The writing and musical score also display high production values however, the gameplay itself is a bit of a let-down.

This may be due to the ‘commuter friendly’ bite-size episodes originally being designed to attract casual gamers on Apple Devices as the control scheme does not seem tight enough to perform well on console.  With a side-scrolling platform game such as this, the controls do not need to be highly responsive for speed and precision but they should respond as intended at the first attempt.

The controls are simple but spongy and tasks such as interacting with objects to solve fairly easy puzzles can take two or three attempts to pull off.  Having played a lot of games in this genre that is not something that I am used to.  It is not game killing but it is a drag and demeans the whole experience. 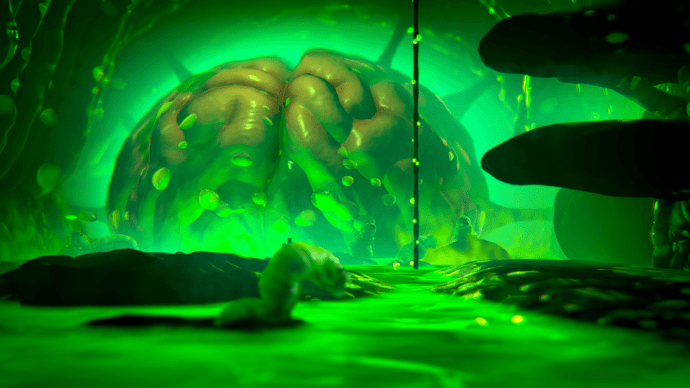 The platforming design in general is varied and fun.  As well as the standard jump-related exploration you would expect there are also quick time events, time-based platform puzzles, and obstacle avoidance chase sequences.  In each location, a different nemesis comes to light and the successful navigation of a hide-and-seek section is required.  If you have ever fantasised about hiding from a T-Rex or a giant parasite within the belly of a whale, this is your chance.

Do you know where you are going?

As Ivan stumbles from one misadventure to another he is required to traverse everything from ancient architecture to an extra-terrestrial environment and subtle tools are introduced to help him on his way.  For example, in the underwater sections, a device used to enslave creatures in an earlier level can be used as a diving helmet to keep him alive.  Giant bubbles are useful to float him over hazardous reefs and low gravity on the surface of a planet can be used to jump over lofty obstacles.  Swinging from multiple vines like Tarzan is immensely fun during escape sequences. 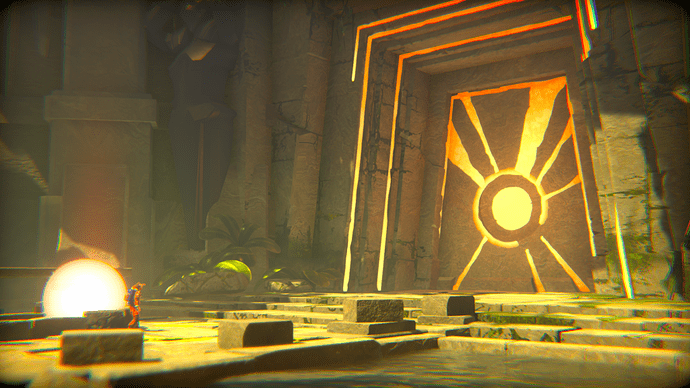 Returning to a black-and-white interrogation scene several times a chapter draws the player away from the fantastical to reality and after a certain amount of progress, it is possible to notice contradictions and mistakes creeping into the story being told.  If you were under threat of being executed, wouldn’t you make the odd mistake?  I mean who cares if your father was a toymaker or a watchmaker? Every subtle change in names or places is highlighted by the eager interrogator and as a player you soon find yourself questioning whether this is the truth or if you are just listening to the biggest shaggy dog story of all time.

There are more problems though.  The resolution of the main story was somewhat weak after a long build-up and the final chapter which I believe was originally bonus content had a boss battle that was not only completely different from everything that had gone before it but was a considerable difficulty spike as well.  To make matters worse I was returned to the very start of the battle every time I died whilst trying to decipher the pattern of movement required.  This section got old fast and left a bit of a bad taste in my mouth when I finally defeated it. 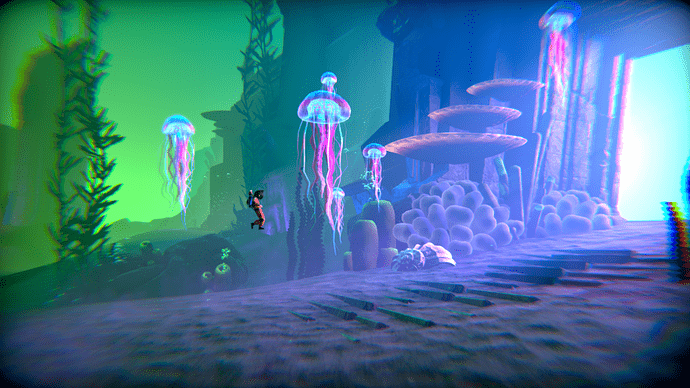 Another thing that I do not understand is that to unlock all of the bonus material which consists of outfits, preliminary artwork designs, etc. you have to complete the whole game again by collecting orbs that are blatantly positioned in plain view.  Many achievements are tied into this replay which seems odd as after spending five hours completing the game and enjoying it, I was left with no desire to go back and play it again.  As there is not enough of interest to instill the desire to experience the game twice It may have been a better idea just to add three extra levels to the main campaign.

The original canine Cosmonaut ‘Laika’ does however make an appearance and it is worth playing Little Orpheus just for that. 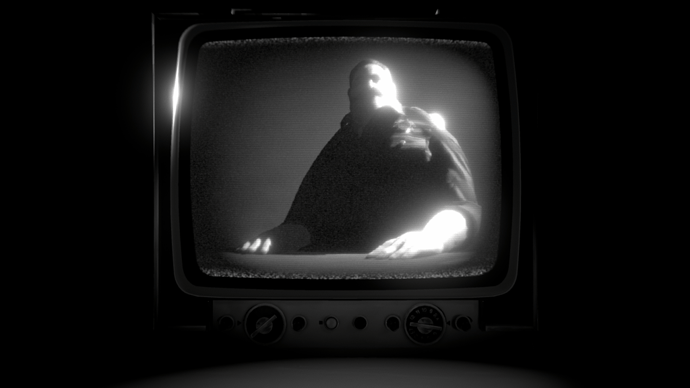 In conclusion, this is a well-written and visually impressive game that conveys the developer’s clear love of its cinematic serial-based inspirations.  It is a chilled experience and a fairly pleasant way to spend five hours.  Unfortunately, the simple control scheme proves to be not up to the standard required for a game in this genre, and after a rather weak ending there is very little replayability for all but the most hardcore achievement hunters. 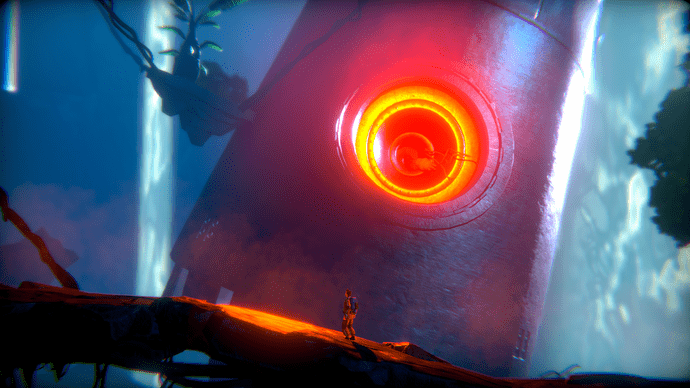 i’d definitely check it out if it hits GamePass