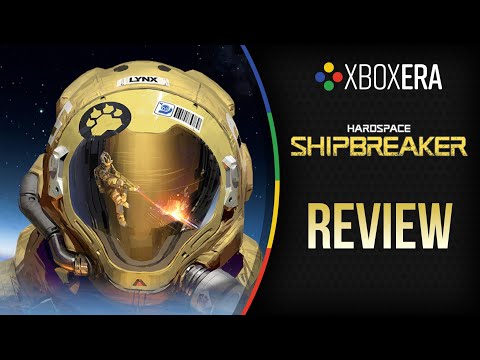 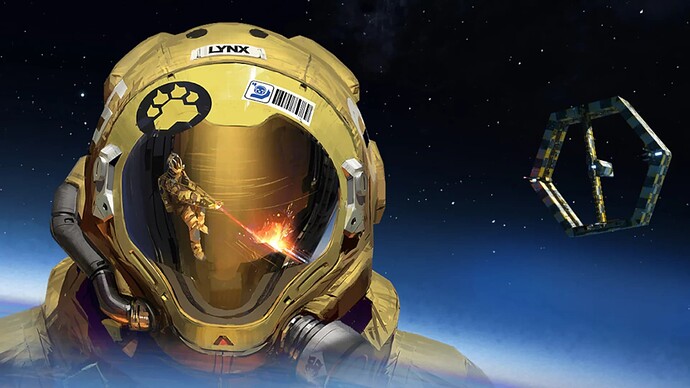 Hardspace: Shipbreaker is a game I’ve heard about for quite some time. As it was only available on PC though I had never gotten a chance to try it out. Thanks to my beefy new rig and the wonders of Xbox Game Pass for PC I’ve finally gotten to spend some quality time with this absolute gem of a game. I’ve chopped up dozens of ships while floating above the earth, suffered violent decompressions that sent me flying into a furnace, only to be reborn anew in a freshly cloned body (which added greatly to my never-ending debt!). This game is fantastic and I hope it comes to consoles sometime soon so that everyone can enjoy its sometimes terrifying, but always satisfying gameplay loop. 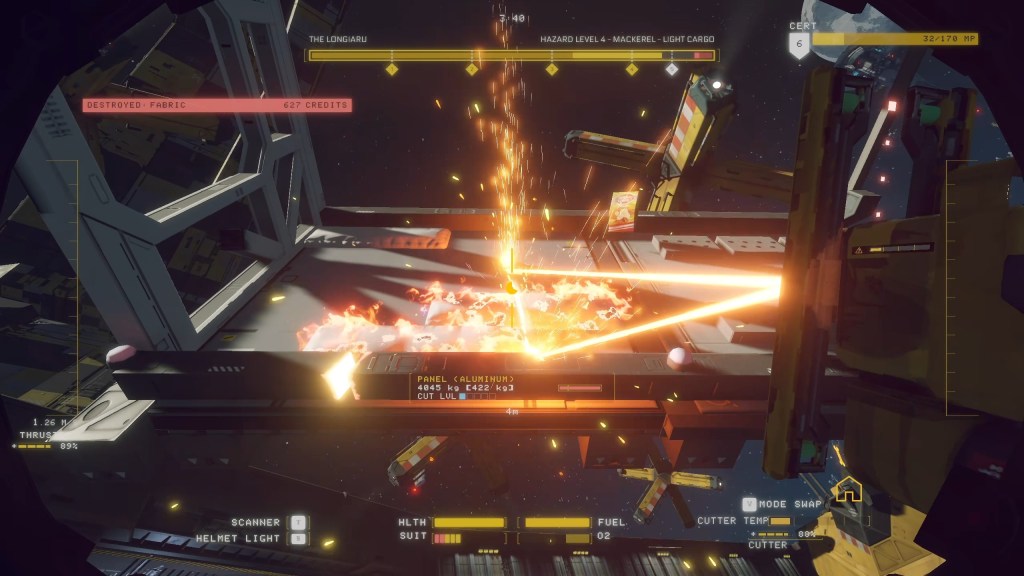 Cutting Your Way to Profit

The premise of the game is a simple one. You’re a salvager living in orbit above the earth. Starting with a massive over 1 billion dollar debt you will spend your days chopping apart defunct spaceships piece by piece and moving the precious materials into multiple specific areas. The campaign is a well written and excellently crafted tutorial for all the different types of situations that will become present in the other main modes of the game, free play and a leaderboard focused time trial. Things start out simple as you’re led by the hand through your first handful of basic ships.

The main tools at your disposal are a cutter with two functions, either a laser to obliterate cutting points or a line cutter to chop apart the aluminum framework of each ship. To move pieces (and yourself) around you are given a grapple gun that can hold, pull in, and push out any items in your vicinity. As you are in orbit the company you work for has kindly provided you (at great personal expense) a space suit with built in thrusters and a small (to begin) oxygen supply. The physics of being weightless feel fantastic as I played the majority of my time with a mouse and keyboard. I did try out the controller option and it was functional but a bit stiff to aim with. Hopefully this can be ironed out for any potential console ports in the future.

Eventually you will unlock tethers which help pull one or multiple objects toward a point of your choosing, and explosive charges which can be both satisfying and deadly depending on your skill with using them. Backing all of this up is a robust upgrade system that is tied into how well you salvage each ship. In general there will be five stages of rewards while you salvage with each stage offering up more overall experience and a handful of upgrade points. This is the main loop of the campaign, as you slowly go through each new mechanic and earn an overall level that gates how tough of a ship you can attempt to chop apart and which upgrades you have access to. Ships start out depressurized and low in their danger level, after 5 or so hours though you need to be mindful as using your cutter in the wrong area can lead to a quick death (which costs you a cool 150k per regeneration). Lets get more into the controls, survival systems, and types of ships you’ll be dealing with. 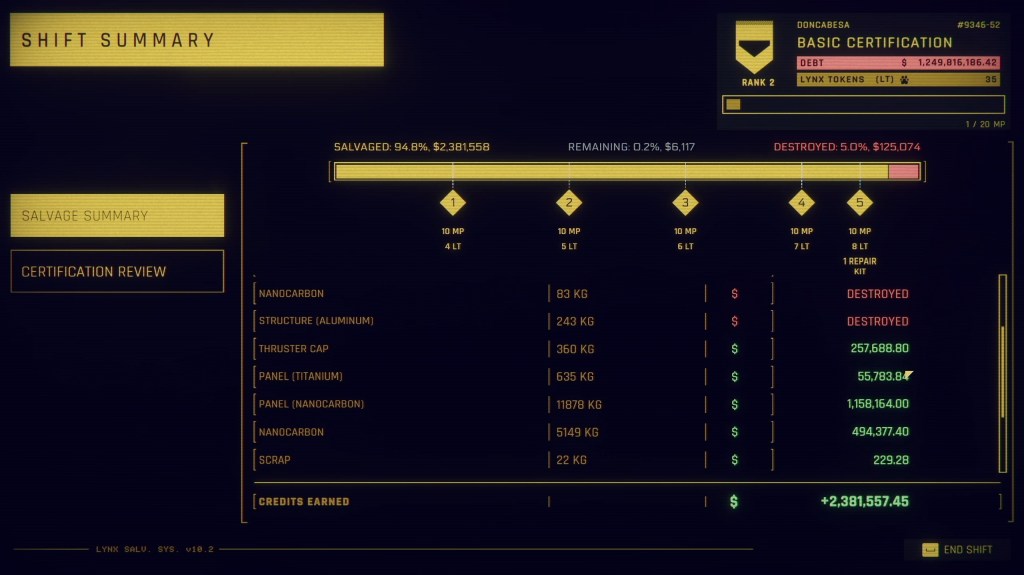 Being a game set in a weightless environment the controls take some getting used to. Momentum is a big thing and early on your thrusters are quite weak, so if you’re going to fast and you hit something expect that space suit to rupture and a quick and horrible choking death to follow, fun! W, A, S, & D are your main movement keys for forwards, back, left, and right. The Spacebar controls going up and the C button thrusts you downwards. Q and E rotate you left and right, and the Left Control button is your Brake which is key to constantly use.

Everything you do and use has energy behind it, such as using your laser cutter in the line mode. Mastering the movement around the environment while maintaining your accuracy is key once things such as the timer are introduced in the standard (and harder) modes. You have a set time for each shift and once it’s up you’re teleported back into your hub (more on that area in a bit). There are a few meters you’ll need to keep an eye on, those being the O2 Gauge, Jetpack Fuel amount, and your Suit and Personal Health indicators. Each of these can be replenished either at the market kiosk next to your Hub or by finding refills left inside the spaceship (which are great, because they’re free!).

There is a mode that turns off all of these systems and lets you just focus on the fun you can have while doing your daily cutting and pulling routine for those not interested in the constant management of those meters alongside even more restrictive and difficult ones. What is the reason for all of this cutting, well unlike a lot of these types of games there is a robust and well-voiced narrative explaining it all! 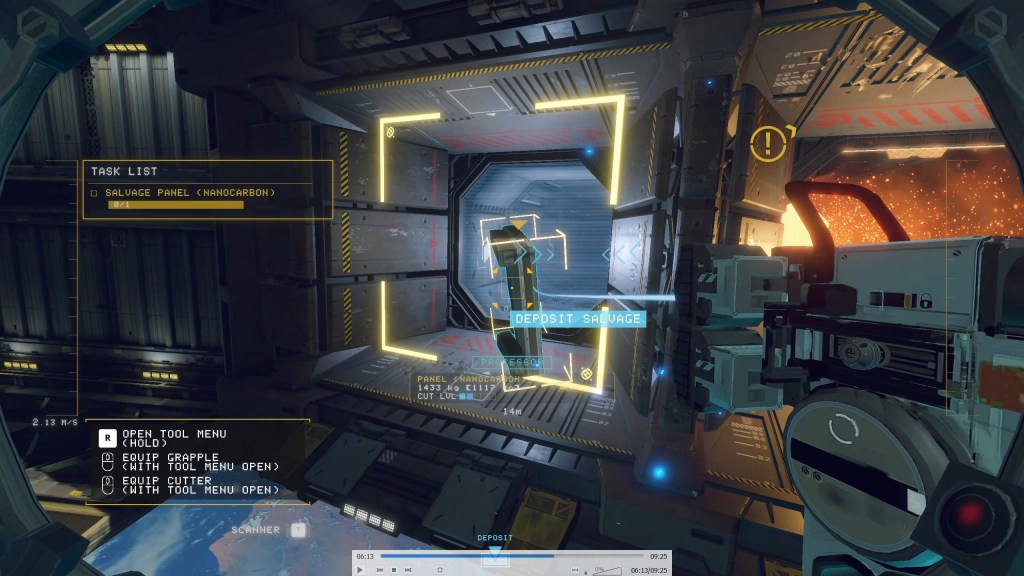 The story takes place a few hundred years from now in a world where capitalism has gone just a hair (well a heck ton) too far! A crazy thought, I know. Through well written and intriguing set of radio communications you’ll be carried through a tale of personal worth among a group of co-workers. No spoilers like always, but it was nice to have a reason behind what I was doing instead of just seeing numbers changing after each shift.

Graphically the game looks decent enough and is well optimized. I had every setting maxed at 1440p resolution on my beefy PC and averaged 124 frames-per-second. It’s not a stellar looking title but as the ship sizes increased the detail and scope of things did as well. This carries over to your pre-shift Hub where you will receive communications, use your upgrade tree, customize it with various posters, and relax a bit in-between your day to day (do days really matter in space?) routine. It’s all point and click inside the hub with no 3D movement like in the main game, and everything loaded nice and quickly on my Gen4 NVME SSD.

Alongside the previously mentioned solid voice acting is a Southern US inspired trucker-style soundtrack that fits the themes of the games well, even if it’s not my preferred genre to listen to. Full sound options are available so I did take advantage of lowering it down to zero while playing a selection of my favorites in the background. Gaming on PC might be a pain in the ass compared to console sometimes, but the amount of options it offers up are unmatched.

Bug-wise I didn’t run into anything major playing on the Windows Store through the Xbox App (the new version of which is finally GOOD), and as I said before performance was excellent. I’m on an AMD setup with a 5800X CPU paired with a 6700XT GPU, 64 GB of 3200hz ram, and a PCIE Gen 4 NVM SSD. Turning down a few settings and using AMD’s resolution upscaler I comfortably hit a constant 165 fps which matched my monitor’s max refresh rate easily. 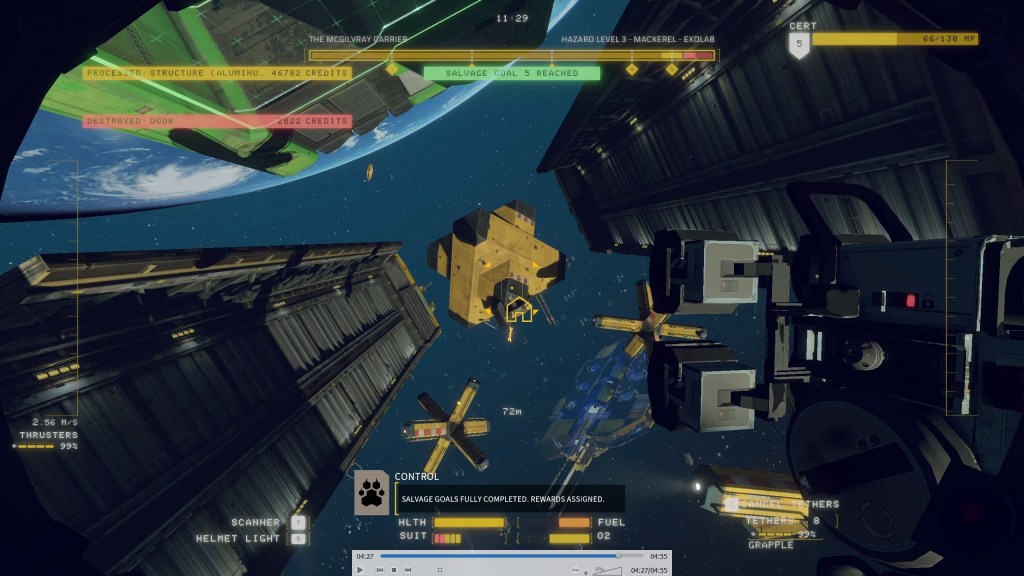 Hardspace: Shipbreaker is a damned good game, and it’s on Xbox Game Pass for PC. It retails for $35 on Steam as well and I think it’s worth it through either way of playing. It can get a bit samey towards the end, once you’ve seen all the tricks it has up its sleeve. Those tricks though are fantastic, and the control scheme behind it feels great. Few games have ever had as satisfying a gameplay loop for me, and if you have any type of decent gaming PC then this one is well worth a download.

… rate easily. In Conclusion Hardspace: Shipbreaker is a damned good game, and it’s on Xbox Game Pass for PC. It retails for $35 on Steam as well and I think it’s worth it through either way of playing. It can get a bit samey towards the end, once you’ve seen all the tricks it has up its sleeve. Those tricks though are fantastic, and the control scheme behind it feels great. Few games have ever had as satisfying a gameplay loop for me, and if you have any type of decent gaming PC then this one is well worth a download.

Can’t wait for the console version, the more I watch you play it the more I realize this is a game I could just chill and relax while playing.

This would be a perfect podcast game, looked very satisfying to dismantle ships on stream. I hope they release it on console asap!

… rate easily. In Conclusion Hardspace: Shipbreaker is a damned good game, and it’s on Xbox Game Pass for PC. It retails for $35 on Steam as well and I think it’s worth it through either way of playing. It can get a bit samey towards the end, once you’ve seen all the tricks it has up its sleeve. Those tricks though are fantastic, and the control scheme behind it feels great. Few games have ever had as satisfying a gameplay loop for me, and if you have any type of decent gaming PC then this one is well worth a download.

Definitely one I can see my self loading up whenever I have a podcast or three I want to catch up on.

Definitely one I can see my self loading up whenever I have a podcast or three I want to catch up on.

If Shipbreaker had online co-op, I’d be there chopping with you