Evil West is the latest title from Polish developer Flying Wild Hog. You are Jesse (the best name) Rentier, son of William. Through the Rentier (ren-tee-ay) Institute the US Government has been waging a never-ending war against Vampires and Werewolves across the entirety of the United States. It’s a weird, macho, steampunk, and Tesla-inspired alt-history setting that works due to an unwavering commitment to going over the top. You will punch, shoot, rip, tear, and explode apart thousands of creatures of the night for ten to fifteen extremely fun hours. While the gameplay is fantastic the writing and voice acting rarely are, so let’s dig into it all and find out if this one is worth a purchase. 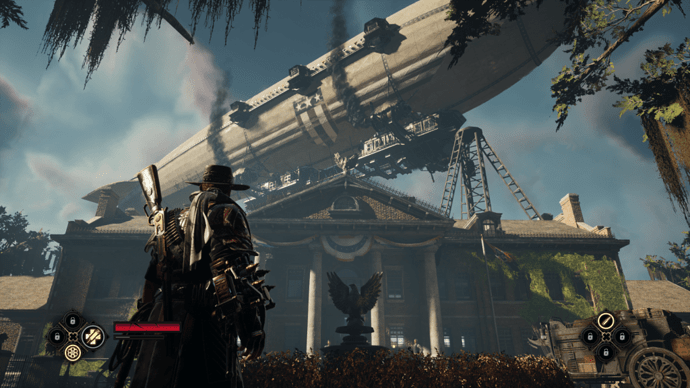 The story of Evil West is at all turns predictable. For some, this may be good, and for others like myself, it may detract from things greatly. Unlike my colleague Nick I rarely ever want to skip an in-game cutscene. That changed for Evil West, I watched them all for this review but in my new game+ run I skipped everything, immediately. It’s not objectively bad, but it is repetitive, frustrating, and boring due to over-the-top writing and incredibly obvious plot beats. You play as Jesse Rentier, son of William as stated before. In this crazy version of our past technology has advanced far beyond what we have today in a few ways. The biggest one is the Rentier gauntlet, which despite just being a giant glove can turn Jesse into a superhero. From teleporting to enemies or yanking them to you through the power of lightning or tearing 10-foot-tall beasts in half Jesse is a maniacal killing machine.

Slowly, a bit too, you’ll unlock various abilities and weaponry. The early portions of the game focus on melee, and you’ll be pressing the right bumper button a lot so Elite controller owners beware. After a few levels, you’ll have upped your weapon and ability arsenal to the point where things start feeling great gameplay-wise. Right trigger is your default shooting ability and will automatically attack with your revolver. Once you unlock your rifle the left trigger aims and is generous with its auto-targeting of enemies or environmental hazards you can explode. Left bumper is for your defensive maneuvers. Holding up while using it will teleport you to an enemy while holding down will yank those susceptible towards you. Both moves can stun enemies which opens them up for a series of punches that land big damage numbers. A is for dodging or rolling, and X is your double-barrel shotgun. It auto-targets in front of you in the same way revolvers do. B is your heal which operates on a cooldown timer.

Eventually, you will unlock four more abilities that get mapped to the d-pad and it all feels fantastic in practice. The game took me eleven hours to beat the first time which felt like just enough before things became repetitive. The game does a great job with its leveling mechanics of keeping the combat feeling fresh because outside of a few incredibly simplistic puzzles the combat is all there is. There are two upgrade systems with their currencies. First are your equipment upgrades which are tied to cash that you’ll either earn by leveling or find in the environment. Certain upgrades are hidden in crates throughout levels, which you can easily replay at any time. Most of them come down to “I can go left or right, one of these gets me a crate and the other is to finish the level” types of exploration.

The second leveling system is an experience-based one. Slowly as you play you will level your character, which gives you a perk point. These points either supercharge your main moves or let you custom-tailor how they work. The game allows you to constantly reset your perk points to encourage experimentation; overall, it’s a great system. The main thing to convey about this game is it’s big, dumb, and incredibly fun to play. The action is tense, well-balanced, and constantly over-the-top in a way that works far better than the story does. You can play the entire game in co-op as well though only the host gains progress in their story, unfortunately. 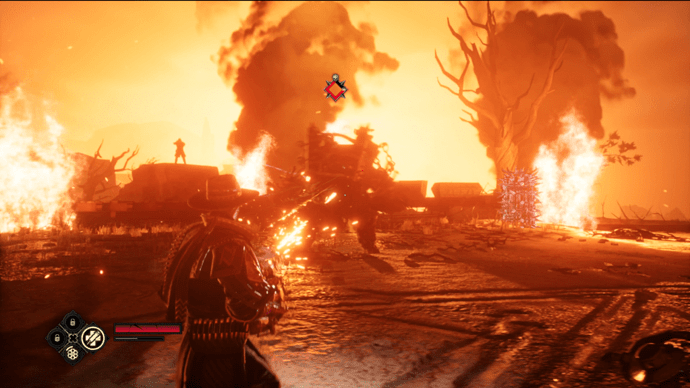 The Good, the Bad, and the Beautiful

Evil West is a beautiful game, most of the time. Releasing on every system it is a cross-gen title, but the art direction is routinely fantastic. Most enemy character models look high quality and are a mix of grotesque and deformed body horror elements. Some of the main enemies, I’m looking at you creepy vampire girl, look goofy as hell but the quality of the models is undeniable. The environments are varied and gorgeous every time. It is a deeply saturated and colorful title. You can see the budget at times but running on both my home PC and a Lenovo laptop I’m reviewing it ran well over 100 fps at max settings and 1440p resolution. It was shocking to see the Xbox Series versions stuck at low resolution to reach 60 fps after how well everything ran for me on PC. I’m worried that the console versions are coming in real hot because I still have not received an Xbox code yet from publisher Focus Entertainment.

Audio wise the game’s soundtrack is ok but not memorable. The voice acting is well done but cannot carry the subpar writing. The only major bugs I had in the game were audio as well with a particular lightning sound effect would get stuck and continuously play until either a level ended, or I chose to restart from the last checkpoint. Outside of that, I had a few issues with crashing on one particular boss that I was able to solve by lowering the graphic settings to low, killing him, then putting them back up to Epic. 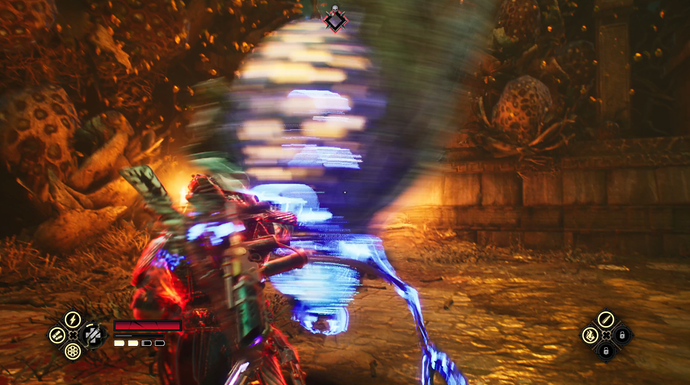 Evil West is damned fun. It is a video game assed video game and I love it for that. Poor writing and some technical issues are not enough to hold back what is otherwise a blast to play. Solo or co-op if a turn-your-brain-off type of kill-a-thon sounds appealing I think this one is worth it.

Sorry for the quality on this one. I’m on the road working on a laptop.

Sorry for the quality on this one. I’m on the road working on a laptop.

I am totally on the fence with this one. I want to play it, but the 1080p on performance mode really got me doubting. Does it look blurry? It looks like it by the screenshoots.

Edit: I just read you didnt play on Series X. Nvm then.

I am totally on the fence with this one. I want to play it, but the 1080p on performance mode really got me doubting. Does it look blurry? It looks like it by the screenshoots.

Edit: I just read you didnt play on Series X. Nvm then.

Sadly no. I only just got the Series X code in about 30 minutes before reviews went live. Haven’t been able to play it yet.

Love the control scheme for this, it’s like the devs said “let’s make every button on the controller feel as cool as possible”.

I’m on the fence too, its look good and fun but think I’ll wait for a price drop 1st