Endling – Extinction is Forever is a gripping and beautiful experience. You are the last fox on Earth, pregnant with cubs who you are trying to raise in a future that the folly of mankind has ravaged. Every day is a challenge to scavenge food and avoid predators and humans. This game hit me hard emotionally at the end, and while it’s not without some flaws let’s break down why I think it’s worth experiencing for yourself. 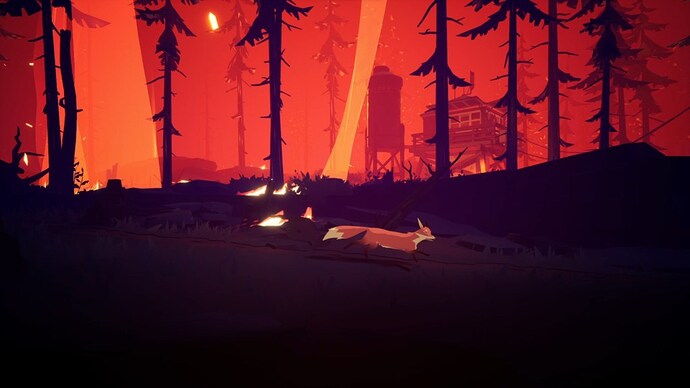 The game begins with your mother fox, the last one on the planet, finding shelter during a massive forest fire and giving birth to a litter of cubs. Each day cycle will find you scavenging for food to keep them alive as the seasons change and mankind gets back to work attempting to take over and live in the area. This is a self-described “eco-conscious” adventure and has a major focus on climate change and the damage we are doing to the planet. Every day you play more bits of the story will be available and various paths of this 2.5D environment will become available to you. Things start out pretty slowly but roughly an hour in I had more of an idea where the story was going, and the heartbreak really started to hit.

This is an incredibly emotional game as you get deeper in, and the themes of corruption, pollution, and loss hit me hard. I always endeavor to keep things spoiler-free if possible, so let me just say that if you’re not in a great place mentally this is the type of hard-hitting game that might not be for you. It’s a mixture of sadness and hope, the lengths a parent will go to try and keep their children alive and the destructive forces that are always lurking in the shadows. 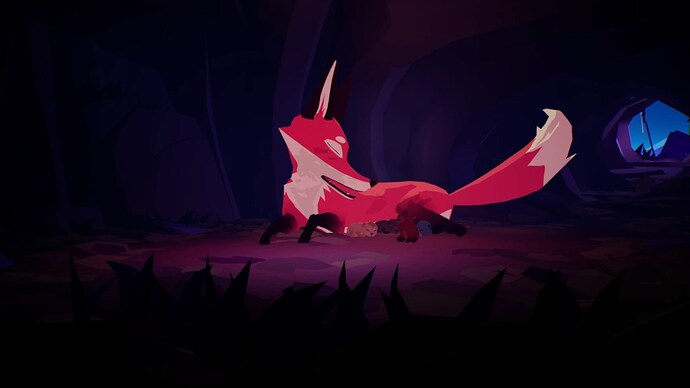 A Slow Start And A Strong Ending

Digging into the controls it’s a simple game with most mechanics being tied to context-sensitive button prompts. A is a jump, B is your bark to call your cubs back to you, Y is a context-sensitive “special move”, and X is to pick up items. Around both predator and prey, you’ll use the right bumper to go into a stealth mode, where you move slower but are less noticeable. The left bumper gets your fox sniffing to follow trails for certain story clues, but it is mainly used to track down sources of food. These can be piles of trash you have to rummage in (with the always-present danger of plastic bags getting stuck on your head), or prey such as rabbits and mice which you can sneak up on and quickly kill.

Your fox doesn’t need to eat, but there are states of injury that can lead to a fatal encounter and game over screen. You’ll heal up once enough time has passed but in your more injured states, you may be unable to use the right trigger and run for instance. The main mechanic is finding food to keep your cubs alive, and as a nocturnal animal, the other major thing is finding your way back to a shelter before each morning arrives.  That timer mechanic did feel a bit too limited and after what felt like 5 minutes, I found myself constantly scrambling to get back to a lair. I’m not a big fan of any timer mechanics so if they don’t bother you the gameplay loop can be quite enjoyable. It starts out slow and can feel repetitive but the latter half of the game is excellent, pacing-wise. 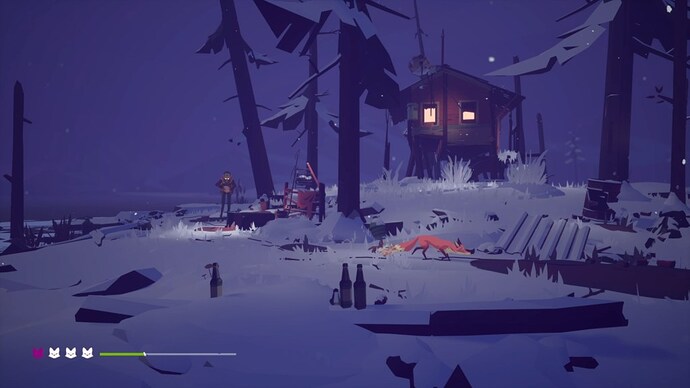 While the gameplay is on a primarily 2D plane the game is a gorgeous 3D rendered one. The art style is varied, utilizing a mix of dazzling colors and then transitioning to some truly barren landscapes as you traverse through this small patch of dying Earth. The game has multiple options available graphically with a quality and performance mode on hand. I played on quality which felt like a smooth 60 frames per second. There is a map that I used often, and various paths open up throughout the game. Using the A button at certain points you can jump up or down onto various forks in the road. The map starts out small and ends up being quite large, though you rarely backtrack once you’ve moved on to a new area and found another lair.

The music is somber to match the mood of everything, and it is well done. As there is no voice acting the music carried the emotional beats of the story well, and it never felt out of place nor in the way. I only ran into a few light bugs where my fox would face the wrong way when moving left to right. Her head would be pointed either directly away or towards the camera, but this only happened twice. While the game does not support Quick Resume at the time of review it does autosave every time you go back to your lair. 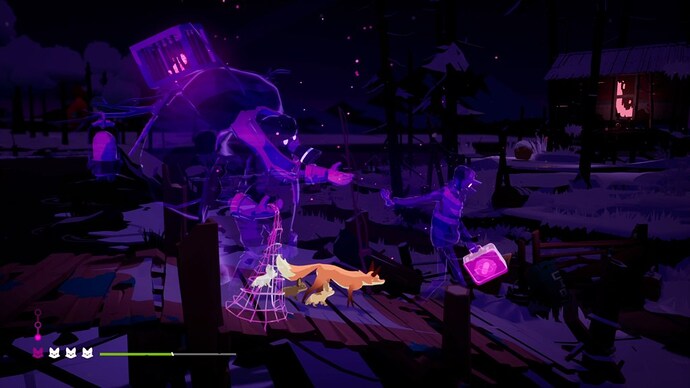 Priced at $30 and only lasting two or three hours I wouldn’t normally recommend the game unless it was something unique and special. As a father of two, this story hit me in a way that few others have, though. If you’re looking for a game that is gorgeous, heartbreaking, and that tackles the most serious issue our and future generations will face then Endling – Extinction is Forever deserves your attention.

I will put this on my list, sounds very good.

I will put this on my list, sounds very good.

thanks! super emotional game by the end, really surprised me

thanks! super emotional game by the end, really surprised me

Yeah, I’ll make sure to be in the right mood so to speak before I play. These stories always get to me heh. Thanks for the heads up in the review