Originally released back in 2006 on the OG Xbox, Destroy All Humans! 2 has been given a full graphical remake running in Unreal Engine 4. It’s really damned good-looking but does the old-school style gameplay and humor hold up? It’s time to dig deep into this one and find out. 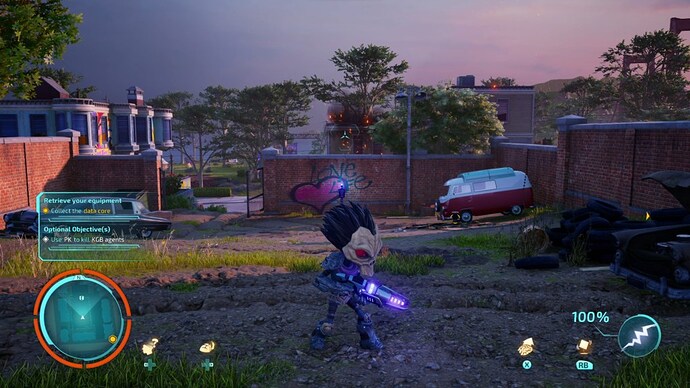 The star of the show here is the graphics. The game was rebuilt from the ground up in Unreal Engine 4 and it looks fantastic on Series X. Models are faithfully recreated in the style of the original but at a far higher fidelity, buildings implode gloriously when your spaceship’s death ray sets them on fire, and the colors pop beautifully to create an awesome looking overall package.

One other thing that’s been updated is the UI, which looks great and is easy to use. It doesn’t feel wildly different from the original, and I’d imagine that’s because no other part of the game is different at all. DAH2 Reprobed has the same audio, gameplay mechanics, and writing of the ’06 release and that’s where it falls a bit flat. It can be really fun to run around as Crypto and mind-control hippies, Russians, and all manners of different humanoids as you treat them like a tool to further your plans. Shooting itself is weak at the start and until you’ve unlocked the later guns the game can be repetitive to play through.

Mission structure feels stiff and it’s easy to fail if you do not do exactly what the game wants during each mission. It’s a system we’ve grown out of over time, but fans of the original release know what to expect. Everything from that version is here warts and all, and it still has a certain charm to it. By far the best part of the game is the right bumper telekinesis ability which has you flinging people and objects for hundreds of feet whenever you want. Crypto is stupidly powerful and the game does a great job of just letting you mess with people non-stop. The other main mechanic is his ability to mind control and teleport into people. It can lead to some very mid-2000s stealth situations that aren’t that fun with but overall I really enjoyed the gameplay systems here. 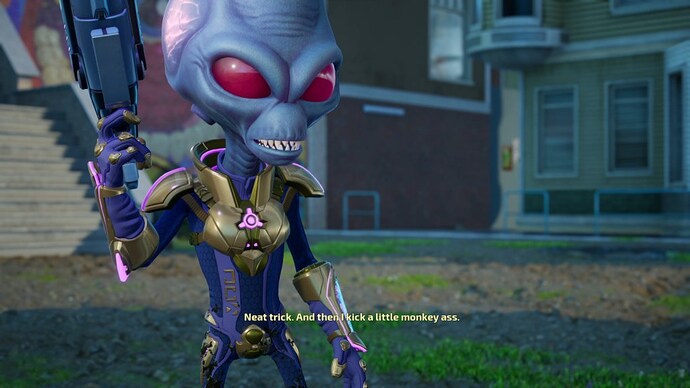 Not All of It Keeps Its Charm Though

One area that I did find a bit rough at times is the humor. The writing and voice acting can have some “oh, you wouldn’t say that nowadays” to it, so your mileage will vary on if that is for you or not. I grew up in the ‘90s and it can be tough going back to the humor of the age. I don’t think any of it is done maliciously but it does trend into areas that games tend to avoid now. There are some decent bits mixed in, the style is groovy as all hell as you traverse around the 1960s and the music fits everything nicely.

The story is basically that after conquering the US and becoming President your Alien has been found out by the Russians who attack your mothership. You have to pick the pieces back up and put it all together on a roughly 12-hour journey if you focus on the main quest. The game mostly takes place on foot but early on you’ll unlock the ability to fly your ship around the area wreaking havoc on various cities around the planet.

Technically the game was rock solid for me with no memorable bugs outside of some animation issues where people stopped walking for a second or two. Priced at $40 this one is easiest to recommend for the co-op mode if you have a friend that wants to go in half with you. 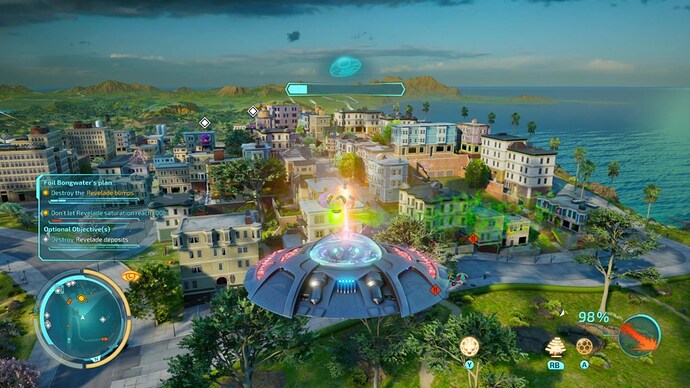 As a remake of a 2006 title is one of the best looking to date. It doesn’t add or change much to the overall package but if you’re looking for some good fun, especially with a friend, then Destroy All Humans! 2 – Reprobed is worth picking up if the price is right.

The reviews overall seem to score about the same as the original release. So basically I think fans will get what they expect.

The reviews overall seem to score about the same as the original release. So basically I think fans will get what they expect.

Started with the first remake today, figured it would be a nice game to play next after having finished Spiritfarer. Was quite interesting to see all these reviews for 2 on YouTube, just a coincidence, haha.

Never got to play the games on the old systems, and the first remake is still on GP, so let’s go!