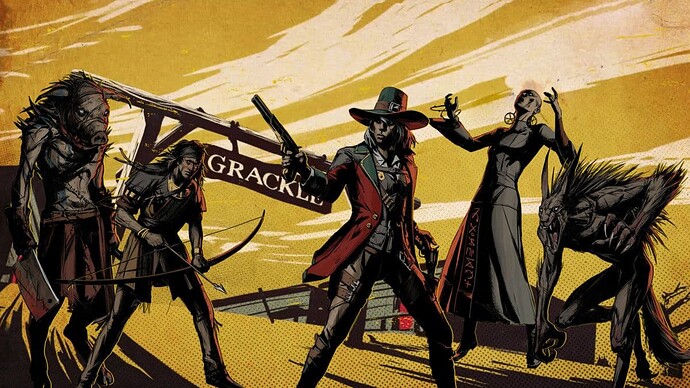 Weird West is coming to Game Pass on March 31st, and I’ve gotten to play through the first 2 journeys in the game. Coming from one of the founders of Arkane, Raphaël Colantonio, it’s no surprise that this is an immersive sim. What has caught me off guard is just how fun this title is. Whenever I’m not playing it, I constantly think about it and what my next move should be. Let’s get into, as spoiler-free as possible, what is making this release feel like something special. 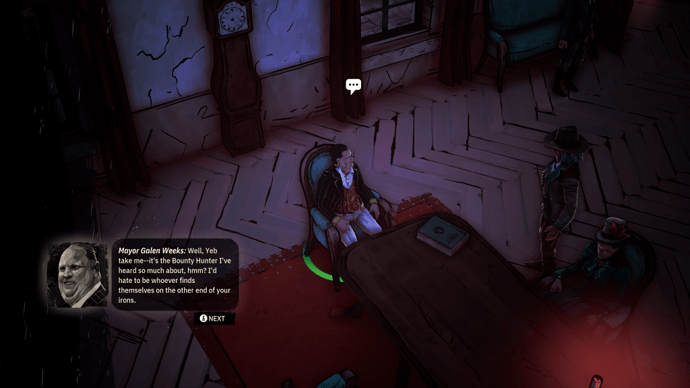 Sirens, and Pigmen, and Zombees? Oh my!

Things start off rather brutal with the first “Bounty Hunter” journey. After a quick introduction to the type of world you’re playing in your character is off. Each play section is a chunk of land, sometimes big, sometimes small, and once you’ve done your business you run near the edge of the area and can access the main map. Time is constant, and a full day night cycle is present as well, various enemies or objectives only being available at certain times a day. Time-wise certain side and bounty hunting missions are tied to a rather generous amount of in-game time. Every time you travel on the map, you’ll be told exactly how much of that time you’ll be using up to get from one location to the next. I’m normally the type that hates timers in video games but this system is generous enough and, through the first two journeys, has only used them on side content. Often while travelling you’ll run into a random side event that can be good or bad in nature. It did not occur so often that I found it annoying, but there were a few times where I was low on HP and desperate to get to a city only to be ambushed by some zombie bee creatures and forced to fight for my barely held on to life.

Just what type of game is this though? It is a ¾ view twin-stick action rpg with randomized elements mixed in to each playthrough. Speaking with a few others working on the title, we ended up with vastly different runs through the Bounty Hunter journey, with me taking a mix of good and bad choices, which effects your reputation level and how the locals treat you. One person I talked to had gone full evil and experienced a vastly different set of missions because of it. This is a dark and brutal chunk of old America, but if you simply murder any and everything you will build up vendettas and bounties against you that make things all the more challenging as you progress. Each journey is with a different character who does not carry over what you have earned previously outside of one main system, Perks. These are tied to golden playing cards that you find littered around the world and help give the game a proper sense of progression as you move from journey to journey.

The main thing you do in this game is fight and thankfully it’s fun as hell. Using familiar twin stick shooter style controls and a mix of stealth you have various options in most scenarios. Height matters as well and using cover feels great and is necessary to survive. If The Ascent was a brilliant but arcadey take on twin-stick combat then Weird West is a more deliberate and nuanced one. You have a melee weapon, revolver, shotgun, bow, and rifles. These drop from enemies or are found in the environment often and give you the choice of breaking them down for more ammo or saving them to sell off to vendors. Ammo is hard to come by, so I would break down most things as quickly as I looted them. Health can be replenished in a few ways. First is to use bandages which are expensive to buy and can be difficult to find. There are also water barrels, cactus fruits, and various other items you can find mid-mission that replenish small amounts of HP. Finally, if you are in a “safe” area you can rest on a bed for 8 hours to both heal to full and replenish your focus meter.

The focus meter is used for the various abilities you can unlock. The bounty hunter can do a leaping melee attack for huge, quiet damage, or the Pigman can do a massive stomp that deals damage to all directly next to him. The upgrade system is tied to a rare in-game item and had me exploring every nook and cranny of each map that I could find.

Graphically things aren’t the prettiest but the art style looks quite good. Featuring a painterly look the brutality on display works well in conveying what a desolate land these people are forced to live. Enemy designs for the supernatural elements are fantastic and rarely was the camera obfuscated by background scenery. Sound-wise the only voice acting is the gruff narrator. Sound effects get the job done, and the music sets the mood in just the right way. There is a lot more here, but I’ll have to save it for a full review which will be coming closer to launch.

I’m really interested to see where the story in this game goes. I try to keep these previews as spoiler-free as possible but I would be remiss if I didn’t mention how intrigued I am over the goings-on in the Weird West. The gameplay is excellent with a focus on depth and choice that the genre has rarely seen. The title is coming to Game Pass on day one so keep an eye here closer to launch for our full review to find out if it keeps its early game momentum and is worth a download.

Really looking forward to this game even though I don’t really like twin stick game that much.

Yes, I can finally talk about this one too!

As one of the few who truly did not like Tunic, I was a little bummed that game hadn’t grabbed me like it did others. And then a few hours later forgot all about it, as Jess let me know his review code came in for Weird West

Within a few minutes, I was locked in to this one. I mean a twinstick action rpg made by ex-Arkane peeps?..Fuck yeah. Great exploration, looting, action mechanics. Really cool special abilities and upgradeable perks for your characters. This game is fun as hell

Sorry you guys still have to wait another 10 days, but hey when it does drop…Gamepass kiddo’s, Highly recommend day oneing this bad larry

This is a really solid preview! I actually wasn’t aware of everything going on in the game. Looks like there’s a lot of neat stuff happening in this one.

I’m definitely trying this one. I have high hopes.

Thanks for the preview, sounds great. This is one my most anticipated games of 2022, so I’m happy to hear it sounds like it’ll be worth the wait.

This sounds awesome, can’t wait to check it out.

It’s the first I’ve played in the last two years for more than eight hours in the same day, not named Halo, Psyconauts, Mass Effect or The Ascent

I need this game right now.