PlayStation 5 One Year Later… How are we feeling? 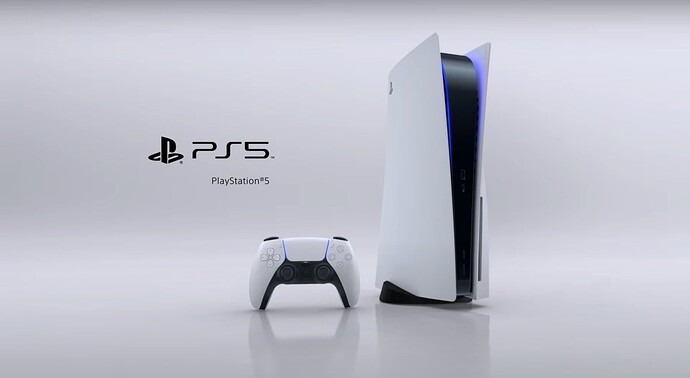 PlayStation 5 has had a very interesting year indeed. Strong out of the gate, the PS5 was arguably THE showcase of what next-gen could be in the first few months, as its strong launch lineup and better-defined tools gave it a leg up on the Series X. However, much like for Microsoft, not everything went according to plan for Sony, and 4 major titles sold as 2021 releases (three of them first party) slipped into 2022. With a nearly empty latter half of the year, Xbox has been able to wrestle back some mindshare. However, over the last year, Sony has been far from silent. We have gotten:

So… one year in, how is everybody feeling? For me… it’s complicated. Early on in the gen, I was spending most of my time on the PS5, reintegrating myself into the ecosystem and trying out the PS4 games I missed. I had a real great time with it, and the PS+ collection was a godsend. The system also truly feels next-gen, with some really cool controller features, but it also chases next-gen to the detriment of their platform at times. The UI is a fucking mess. The games overall have been good, with the launch ones great. However, the delay of four of the games I bought the system for into next year stung, especially as PS5 is not my primary console. It also speaks to a larger issue I’ve had with Sony this past year which is a lack of transparency. “Believe in generations, Organic Growth, 2021 release” all of these look snappy and win PR days, but turn out to be stretched truths.

I did contemplate selling the PS5 after God of War, but the Kotor Remake has me in it for the long haul. Ultimately, I think the PS5 has had a solid if frontloaded year. In some regards the opposite of the Series X. I’m wavering right now between a 6 and a 7, but I suppose I’ll give it a conditional 7. I think the year ahead for the platform looks incredibly exciting, I just wish Sony was more transparent in their proceedings.

How do you feel?

How do you feel about the PS5’s first year?

Only used it for Avengers, Astro, Ratchet, and Miles Morales so far. I am interested in Kena and Returnal. Maybe some day…

Interesting in one thing ONLY … PS is the most supported console ever! by 3rd party

Sell it to me for cheap.

I still think the console itself is hideous and I’m in no hurry to buy one, but I’m really excited about the potential of games like Final Fantasy XVI and Gran Turismo 7. I’ll pick one up eventually.

I hate this argument. Any criticism of PS5 is always met with this boring argument.

Outside of catching up on PS4 games, the only PS5 exclusives I’ve played were Ratchet and Spiderman/Miles. It’s been a pretty average experience as a result, but that is going to change significantly early next year.

I’m feeling great about PlayStation 5. In general, arguably the best launch and first year lineup in Sony’s history with only the original PlayStation in the conversation. I loved the first year of PlayStation but PlayStation 5 has surpassed it for me and is the second best launch year in history for me only behind Super Nintendo. What makes this better for me is that PlayStation 5 is my secondary gaming console for this generation. It’s only for full/timed console exclusives. In this regard, they’ve dominated thus far. Spider Man: Miles Morales was an excellent 9.0/10 while Ratchet & Clank: Rift Apart was also an excellent 9.0/10 and is my current 2021 game of the year. I also had timed console exclusive in Kena: Bridge of Spirits which was a great 8.5/10. Ember Lab did a great job and I hope Sony acquires them because for their first game, I was very impressed.

Console itself, I replaced the white cover plates with solid black and the controller with the midnight black controller so no more issues with the look of the console. Yeah, it’s still bulky but being all black, it not only looks better in my TV stand but also smaller. Thankfully, it’s the games that matter and in this regard, no issues thus far. UI is fine for what it is. I do think Xbox is better but not by much. I still think PS4 Pro was the best UI thus far.

Tech wise, while it’s inferior to the Xbox Series X, it has done more with less. Getting 1440p, HDR, 60fps and Ray Tracing in both Miles and Ratchet were amazing. Every game that has Ray Tracing should have a Performance RT mode where the resolution is lowered to 1440p (or even 1260p) but you still get 60fps, HDR ad Ray Tracing. While the Ray Tracing looks better in pure quality mode, Miles is still the best game if you’re looking for an excellent showing of Ray Tracing on a current generation console.

Controller is fine. It’s bulkier, more solid, better made than PS4 but I still don’t like the touch pad and I hate the adaptive triggers and haptic feedback but thankfully, I turned both of these two things off at the console level so they simply don’t exist to me.

Future roadmap isn’t as deep as the competition but for me, I already know what im getting because the vast majority of Sony’s internal studios proved themselves to me with the PS4 generation. Horizon 2: Forbidden West is going to be an excellent 9+ for me and 2022 game of the year contender. Looks amazing and I know the combat/gameplay will be sublime. If I get at least 2 exclusives (full or timed) a year, I will be satisfied since PlayStation 5 is my secondary gaming console.

Best part for me with PlayStation 5 is that it’s already surpassed PS2/PS3/PS4 in regards to having better quality exclusives in the same time frame and it should continue to do so throughout this generation. Only the original PlayStation may be better but I would have to look that up.

Overall, PlayStation 5 has been an excellent 9.0/10 for me and looking forward to the several exclusives (full and timed) that im going to be playing this generation.

Still no interest in getting one. I will buy one when there is 10 exclusive games that interest me, count so far: 0.

I still haven’t seen anything that would make me want to buy one. There are definitely some games I want to check out, including some PS4 games but nothing I can’t wait for.

My original plan was to skip stuff like GoT and TLoU2 on my PS4 so I could play them on the PS5 when it launched. That changed to waiting for a PS5 slim model or even a mid-gen refresh as I didn’t see anything this year that set my world on fire. I’m completely certain that something will resonate with me super hard and make me try to get one, but it just hasn’t happened yet.

I enjoyed Astro and Spider-Man quite a bit but bounced off Ghost and Ratchet. Ended up giving mine away.