One year anniversary for the Xbox Series X/S. One year in, can you find one on the shelves? 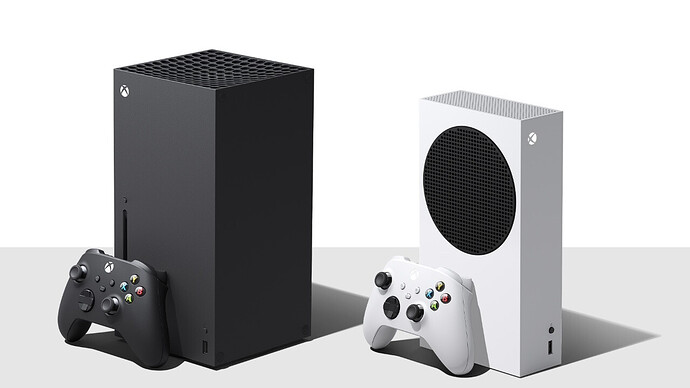 Today is the one year anniversary of the Series X/S launch and its crazy to think you still can’t walk into a shop and buy one.

Jb HiFi here in Australia are not taking any more orders for the Series X, however the Series S they still are. So a year in, what’s the stock levels where you live like?

I got two of them, but I paid a premium and got them from scalpers. In hindsight it was worth doing, as stock is just as hard to get now, and no relief on the horizon.

Its been months since Ive seen Series X restocks on Amazon, Best Buy and such. Its wild.

On shelves? Not for X. S I’ve seen once. . In a world where dem0and is so high you won’t be able to bar rare cases.

No idea about shelves - don’t really see many consoles on shelves in the UK anymore (at least where I go) and in the UK the Series S is available relatively frequently online. But usually oos at the bigger retailers like Amazon. But some of the more niche ones you can usually find a series S. The MS store currently has Series S for online order.

Series X is harder to get here than hen’s teeth. People have to be on the stock sites virtually constantly.

Frankly my view is that they’ve not shipped many consoles here - which is a shame. I suspect cos they are in more territories. No idea if rumours that stock would improve are true as its November now - and you’d imagine we’d have seen that evident by now?

I saw an XSS at Walmart once. I have never seen a XSX in the wild. I was able to buy five XSXs online through the year (one for myself and the others for my brothers / friends; I’m not scalping).

I have Series X in the living room but I needed an Xbox for the bedroom. Normally I would’ve bought another Series X but they are too expensive on eBay still so I went with a Series S. The price was actually pretty good $330 for an open box “like new”.