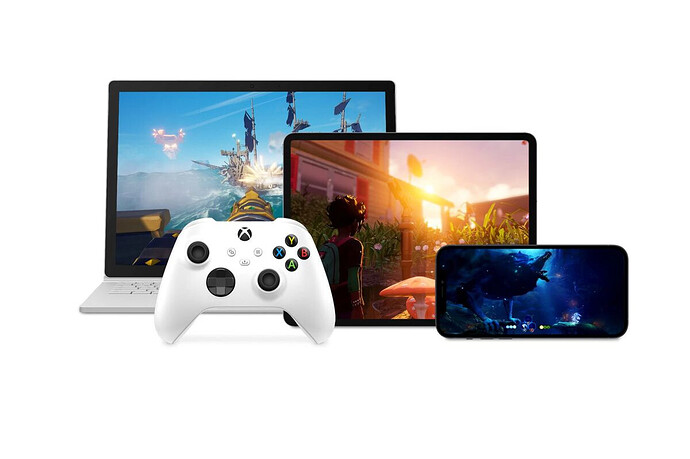 The other day I tried xcloud and now I am hooked. My home internet is terrible but when I use my 4g mobile the games are surprisingly playable, and they look amazing on the phone, yeah a bit of lag, whatever, I still remember the Master System lol.

My first though: Microsoft should make special games meant to be played on phones.

As a former nintendo fanboy I am very happy with the switch being a great success, but I have not played my switch near as much as I played my 3ds or my ds.

I kinda miss games made specifically for handheld. With bigger sprites and simple buttons configurations.

It would be great if Microsoft kinda simulated that experience using xcloud as the medium.

Dont get me wrong, I just tried Assetto Corsa on the phone and I am shocked at how well it plays. But I think Microsoft should push the xcloud experience beyond the “your games anywhere” and all that.

By the way I am using the razor kishi but the kind of games I meant really could be played with touch control even if you are fuzzy.

I think they won’t because Xcloud is supposed to be “console experiences on your phone”. If they start to make games designed for Xcloud then it’s better to just straight up make mobile games.

I hope all Xbox games are playable across all devices (I’m in the “put AoE on console/cloud and require m+kb support” group).

They could be waiting for xCloud to be ready enough to make their VR headset. Games stream in with great quality on a small headset. Could also connect to Xbox wirelessly quest style.

I did not mean to be exclusive for xcloud but tailored for small screens.

It would be great to see many xbox unused IPs on pixelated silly games. "Series Game boxy " . Perfect to play on the go

It was just an idea. But yeah maybe xbox should just focus on making a stadia clone. That’s the way to success lol.

All the games you listed are great, so I will sign your petition.

Not a bad idea, as long as they are available on xbox + pc to.

However theres plenty of xbox games well suited for handheld play. Also with the rise of the switch it has really put into question what makes a game a good handheld experience.

Viva Pinata would be perfect for this

/me hides and sees if someone makes an appearance

FWIW, I agree with you. Especially if they fill their gap of e-rated titles. Those would ne perfect candidates. It looks like they realize that things like readability and touch controls unique to the cloud experience are important and are conveying this to developers.

It definitely poses an opportunity.

I’m playing through Tell Me Why exclusively through xCloud and it’s great IMO as a handheld gaming experience. I did modify the sensitivity settings to get controls perfect to my tastes (lowered turn sensitivity while I usually have that high on controllers).

I think they won’t because Xcloud is supposed to be “console experiences on your phone”. If they start to make games designed for Xcloud then it’s better to just straight up make mobile games.

It could help console only developers create mobile games for all devices in a single swoop. Like no need to port between xbox, pc, ios, android. Just make the xbox version and make it available on xcloud.

Though in that case they would lose the benefits of being a native app on the mobile platform, and would have to implement controller support on a game that could be touch screen only.

Anyway, Minecraft Dungeons for me is an example of a game that works really well on a handheld device.

Anyway, Minecraft Dungeons for me is an example of a game that works really well on a handheld device.

Imagine if a new VP had some mobile tie in where you could manage your garden or plants or sending Piñata to parties from your phone when out and about. Or catching Piñata a-la Pokemon Go.