Is it time for the X(Cloud)Boy? 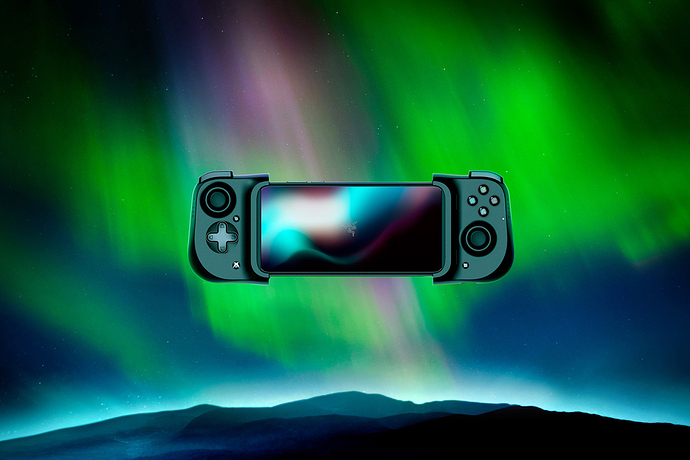 Would you be interested in a dedicated first-party portable device for xCloud?

xCloud is awesome, but I have to be honest: the phone clip experience isn’t great. If MS is serious about this whole playing games on a small, portable screen thing, I’d argue it’s time to support it with first party hardware.

There are a couple options I see. But first, it’s worth noting that the entire strategy they’re pursuing means a traditional portable with its own hardware config and games is out. There is no incentive to split development (even Sony couldn’t support both a portable and a home system), there seems to be little market for portable-only games, and creating a mobile hardware platform would further fracture the Xbox platform (i.e. Game Pass) between portable, console, and PC.

So, here are the options I see:

Which would you want? What do you think is realistic?

For me the less devices, the better. They have shown that xCloud is possible with a normal android phone, I no longer see value on a xcloud-only piece of hardware. Unless this hw is just to connect a TV to xCloud + xbox controller (with no space for local games).

I tested clips and kishi, and both work for me. I had some issues while using the clip in bed, as weight distribution was kind of weird… but still doable. So I hope we will see more investment towards hardware controls rather than quick-fixes to attach the xbox controller.

Given that Microsoft is back to the phone business, I can see them making something more xCloud-oriented (with their own version of razer kishi). Not in the short-term, but by the mid / end of the generation. Apart from xbox, Microsoft approach to HW is to provide something for microsoft fans (but not mass production), and influence other manufacturers on their tech vision. I do think they will use this position in the market to prepare phone manufacturers for whatever the next-next-gen is.

I dont think one would sell enough, while there will be a niche of people wanting dedicated controls, i think 3rd parties will just keep on making better and better smartphone controllers.

i think if it could play all xbox one games and the other old games that would be enough. It could stream all xseries x games with x cloud. I would happily pay for this

As a mostly handheld gamer I know what option I would want the most , but the most realistic option that involves any form of making hardware is them taking something from their surface line and maybe making it more gaming + xcloud oriented.

I’d be delighted to see Microsoft join the mobile gaming space with a dedicated Xbox handheld. I think a hybrid system would be best: an Xbox One equivalent mobile gaming device merged with smartphone/tablet like capabilities that allowed for most modern features (phone calls, mobile apps, social media, photo/video capture, etc.) as well as full XCloud support. I would definitely support a device like this, however, I may be an outlier here. I have grown to really enjoy handheld gaming which is why my Switch garners so much of my attention recently.

Maybe MS could make a gaming centric only Surface Duo? just like a nintendo DS but with a 5G mobile connection built in that would be pretty cool. I’ve yet to experience xcloud because it’s not in Australia but would love to when it launches here.