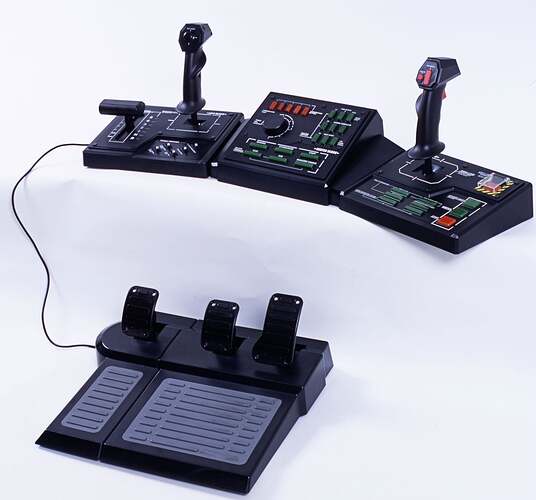 Thinking along the lines of the Steel Battalion controller, I think Microsoft themselves should come out with a HOTAS controller that is versatile and yet affordable for the Series consoles (and PC).

The SB controller (and game) cost $200 in 2002 which translates to $290 presently. Perhaps a similar controller alone could be sold at $249. To my knowledge the build quality isn’t as good as most HOTAS controllers you find nowadays but it was good enough. As you can see it is more fully featured with more dials, buttons, and pedals than most current HOTAS packages on the market.

I’m thinking something that can be taken apart into 4 sections and put together like LEGO to create different layouts could make it robust and suit many games. Of course such a design needs to be a bit more agnostic. Many of the buttons and dials in the SB controller is extremely game-specific. But having that variety of dials, sliders, toggles, buttons, and lighting effects seem critical in creating a robust controller that can be exploited in many ways by developers. I personally like the idea of 2 sticks along with a more fully functional throttle, and only 2 foot pedals to transfer costs to features that are more useful.

The problem with the SB controller was that it was made for one game. A controller like this could be used across many games whether it’s other flight games, or made to be used with backwards compatible titles like Virtual On. By creating a standardized controller for the Series consoles (and PC), 3rd parties and Indie developers can have at it and create content that is suited towards it.

Having first party content that supports it is always critical and there’s no game better than MS Flight Sim. But what excites me more is the idea that Indie developers could jump on and create a ton of interesting uses for it.

What would also be ideal for hardcore enthusiasts would be support for some HOTAS for the Series consoles for those that crave a higher build quality. But I feel like a robust yet simpler built controller has a lot of ramifications in regards to garnering exclusive content made for the Series consoles. An Indie making a spiritual successor to CyberSled (I’ve done a prototype of this myself and it feels great on the controller, I’d love to use sticks) would have the definitive experience on the Xbox.

Heck, pay FromSoft to make an exclusive mech game that supports it along with regular controllers.

I feel like this is the case of “if you build it they will come”. With things like the Elite controller, high end steering wheels, Guitar Hero and Rockband kits, and high end fightsticks being well adopted in the console space over the past decade…all in combination with with upcoming release of MS Flight Sim… It seems like the perfect time.

And to be clear, when I say the build quality doesn’t have to be amazing, I’m not referring to it being flimsy. For example, I have high-end Fanatec racing pedals made out of steel+aluminum, high end springs, high end sensors, etc, and I have a 17 year old Logitech Driving Force Pro pedals made out of plastic and with a simple sensor…but that old wheel is tough as hell. So I may not be phrasing it right but I’m not pushing for flimsy quality but rather a simple and sturdy design. The pedals don’t need 10-bit precision through a laser sensor, is what I’m getting at.

Am I alone thinking this? Could there be a market for this today? Would such an agnostic yet standardized controller attract developers? Keep 2 sticks, add a throttle, and ditch the pedals? What do y’all think?

And something affordable for Forza Series as well.

Yep, I bought (and massively enjoyed) Steel battalion with the controller, and though it was long ago sold to make room in our tiny house, I do sometimes wish I had kept it, it was wonderfully daft.

And though Elite Dangerous is perfectly playable on controller, I would love to able to play it on something more appropriately silly. It could even work for “Freelancer: The remake!” Do it MS, Do it!

I have a Xbox Thrustmaster Hotas Flightstick for around 100 bucks. I think this is a reasonable price. But its the only option right now and more are needed. Lets see when Flight Sim launches on Xbox if the situation changes.

More concerning is the support in games. The latest offender is Star Wars Squadrons. Now that is a problem.

My hotas has drift and its a pain

And something affordable for Forza Series as well.

I loved my 360 Forza wheel from MS… until it finally died a couple years back. Would absolutely love to see them do something on that front again, and would equally love a HOTAS solution for Flight Sim and Elite on Xbox/PC. Coupled with the Elite and Accessibility controller, Microsoft could really become a premier accessory provider for their products. I know it’s niche, but it’s a good look especially given the accolades their hardware teams have consistently won.

The main issue is quality.

There is a reason why Fanatec and Logitech cost what they do.

I would rather MS do things properly, than churn out of piece of plastic that will disappoint.

Belt drives are not cheap.

FYI Cane and Rinse just started a Steel Battalion series on the 6th. Starting with getting to grips with the controller.

Just as an appropriate coincidence.

Cane and Rinse are great too, focusing on older games and doing a lot of LTTP style content so they can “review” long after the hype has died down. Do a great Game soundtrack podcast too. 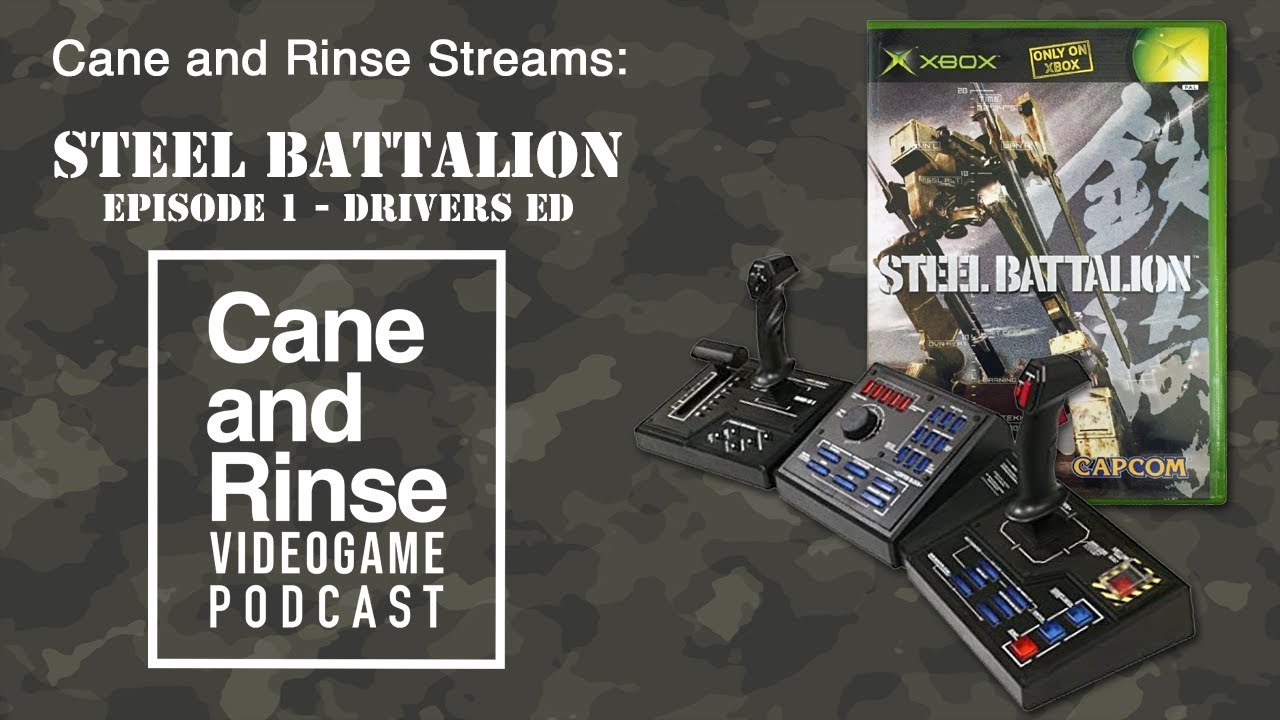