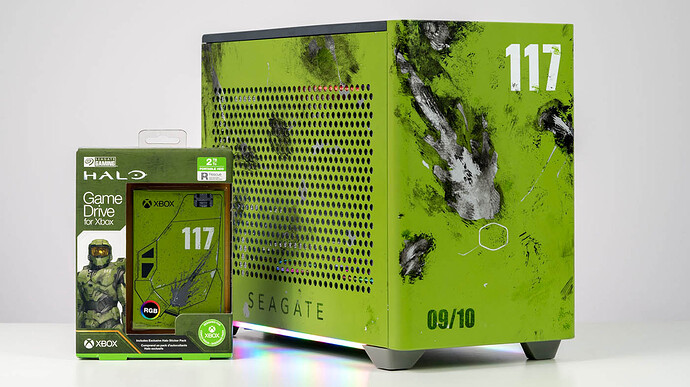 Since the announcement of Ara, I’ve been ruminating on this topic, and am curious what people think.

Xbox, obviously, is a mutli-pronged platform with a variety of different entry points. From your PC to your Cloud to your Console. In terms of exclusives, since 2018 iirc, the only games launched that are not playable on all entry points have been Age of Empires titles, the launch of Gears Tactics, the launch of MSFS and the forthcoming Ara game.

Obviously, as a platform, certain genres play better on certain control schemes. However, the prohibitive cost of many modern gaming rigs runs somewhat in opposition to Xbox’s Play Anywhere ecosystem wide approach. This is made all the more interesting by the forthcoming acquisition of Blizzard, although the bulk of their recent output has been multiplatform. This has lead me to wonder… how should Xbox handle PC exclusives going forward?

Here are three possible situations I could see play out.

There are definite cases to be made for this. In its current state, PC Game Pass has less games than Console Game Pass. Developing games for the PC audience can help win over a largely separate market that can help boost GP numbers.

MS as a platform holder has for years developed franchises only for PC, and it is only now that ones like MSFS have even started to make the jump.

Additionally, the creation of a console port can be time consuming and costly, as considerations need to be made not only for the input device, but for the UI and the tastes of players as well. In Diablo 3, for instance, they added the dodge roll as they found console players jumped quickly in playtests due to a lack of the moment to moment stimulation common on several dungeon crawlers on the system.

Prorated launches can also help to ensure that QOL issues identified by PC players are reflected in the console release.

As for some games like Age (which, fwiw it is rumoured may eventually make the jump to console) there are too many inputs to naturally account for on a controller, meaning a separate version would need to be made or complexity would need to be cut, which can anger fans.

However, this method also cuts off 2 major entry points which represents the bulk of Game Pass users, and can lead to accusations of preferential treatment. Whether this is true or not (Xbox, for instance, has several “de facto” exclusives through back compat that can’t just be picked up and placed on PC) is debatable, but it is a factor for certain.

Additionally, restricting a series to one entry point can reduce overall popularity of some of their IPs.

Architectually, Series Consoles and PC are not incredibly different. Porting over a game to Series X and S and by proxy Cloud I do not think would be astronomically difficult for 1:1.

However, by restricting to Mouse and Keyboard at launch, you will alienate some players. Most games don’t tend to require peripherals, and M+K compatibility may differ.

On the other hand, this ensures each game hits every system on day one. It allows Console gamers to give specific feedback based on the SKU. It would theoretically allow for gamers with lower spec PC to play with higher quality graphics or even just play in general if they use the cloud. The door is also open for touch and controller support at a later date.

That said, requiring gamers to purchase a peripheral can be a big ask, but in a day and age when a compatible M+K setup can be bought for $25 whereas a competent PC build can easily run into the high 3 figues/low 4 figures, I think this is still a net good for players.

As is, a competent controller port tends to take ballpark 8 months to a year. To ensure a day and date launch would likely require a delay of this size.

This means that valuable feedback from the PC release may not be in the console one, the game won’t have a year to kickstart a community, and gaps may not be able to be filled on PC Game Pass. However, it also ensures parity across the ecosystem.

PC Gamers may also be concerned this will reduce complexity.

With this in mind, what would you do? Personally, I think it’s time for M+K only games with the option to add controls at a later date. While I understand the rationale, I still think the benefits to Cloud gamers as well as the money savings for Xbox Console Owners well outweighs the peripheral support somewhat restricting barrier to entry. I also think this can help assuage any fears for PC gamers since the input systems are identical.

How would you handle this situation?

They need to figure out a way to have day and date on console if possible. Having first party games available on one platform but not the other does not make sense and is confusing.

They really just need to let these games come to xbox without controller support. Have multiple big warnings before you download/purchase them that you NEED kb+m to play these titles.

I am team kb/m. Don’t allow the games to be compromised by having to design alongside controller support but give folks on console the option to play kb/m at launch with a potential controller update in the future.

As a strategy-game fan, I am a bit disappointed that Age of Empires, Gears Tactics, etc. don’t come immediately to Xbox. One of the best things about the Xbox ecosystem is that it supports a good diversity of genres. At the very least, there is no reason that a single-player-only turn-based game like Gears Tactics cannot launch on PC and Xbox simultaneously. Of course, RTS is more complicated.

How does the controls for the Steam Deck handle strategy games? I hear the touch pads are very good, but it does not have a full keyboard on it. Has anyone tried a game like Age of Empires on the Steam Deck? I wonder if Xbox could copy Valve to make some weird m&k equivalent controller.

Treat it how Sony treats VR titles. Some games support VR, while others require it. If the only way to get the game on Xbox consoles is to make it M+KB only, so be it. I do believe, however, that it should be in the developer’s best interest to cast the widest net by supporting both.

I do believe, however, that it should be in the developer’s best interest to cast the widest net by supporting both.

But it requires work. And that’s why console ports of the game come later - because you need to rework UI and some gameplay mechanics. So developers will release the game first on the main platform - PC and then will go after consoles.

The xbox series x/s got M+KB support, so they should give option to play these games on M+KB on consoles. I think best way to handle console gamers being confused why they can’t use controller is on the game title in big writing say M+KB only or just have a section in store about M+KB only. I don’t think its fair not to give console gamers the options to play these games when the system allows M+KB support

I’ll play devil’s advocate on this one as much as I would love age of empires on console.

Porting a game from PC to Xbox isn’t free it would cost time and man power,

you would also have the thing of how on the marketplace do you have it that someone would 100% know they need a keyboard and mouse as most consumers are oblivious or unaware of things like this. Then if you.have quite a few people accidently buying it you are then tying up support lines and people asking for refund. Not including the social media impact of why did they do this.

A final argument how many people have actually used a keyboard and mouse on an xbox (I mean like in the masses). This data I would love to see. As I bet someone at Microsoft brought this topic up and it only took 1 guy saying look for this title we had less then xx people using that as an option.

I just don’t think it’s worth the time or the investment to do it as someone who has used a usb keyboard and mouse on the Xbox to play a game.

Every time they talk about playing everywhere we want, how we want etc. yada yada it echoes false. They talk a lot about the ecosystem and choice etc. but that is all bs as long as first party games is not available everywhere.

Release everything on console or shut up with the fake PR bs.

I don’t really care about most of the PC-only games, but the M+KB suggestion seems reasonable. I don’t know how much dev work it takes to implement touch/controller support though. If it’s a big deal then it’s fine to just leave it as M+KB as far as I’m concerned.