Usually Xbox Marketing is what lets down the brand from time to time but they have absolutely nailed it out of the park since the leak. Took an unexpected situation and turned it into an absolute win and a positive spin for the Xbox Series heading into launch.

One thing I have noticed even since the memes started when Series X was announced is the way the Xbox marketing team can pivot and turn something that is seemed to harm the imagine and join in on the joke. They figured out you can’t beat a meme and if you try it’ll get worse so all you do is embrace it and it actually has the opposite effect.

Just look how quick the Craig meme went from a bad thing to a funny thing and it took the focus off the negative and made it into a funny joke. They have been amazing at this and they’re doing it still after the Series S revival to the point we have all companies trying to compare their product or company to the console.

I’ve noticed that Xbox announces go down far better with just dropping the information rather than building up to events. I think partly because events get overhyped and also partly because Xbox just aren’t very good at them. They are good though at dropping information onto social media and the internet. What they need to do now is show gameplay footage in depth on both systems. And soon.

XBox marketing team has been very proactive, really impressive. Engineering and Marketing team did not like that info leaked the way it did. When you work on something for four+ years, you want to drive your own talking points. But, to react and take control of the situation you’re dealt has been absolutely great.

Such a good job.

Hope they keep the good work in the future.

Such a good job.

Hope they keep the good work in the future.

They made lemonade out of lemons. They didn’t even seem pissed off about it.

Seriously, hats off the the marketing team. They’ve been amazing at what they do. Every company would be lucky to have them.

I think the community has helped a lot as well. Of course there are toxic douchebags, every group has them, but the marketing team and the community being able to embrace the absurd, put a positive spin on what were originally considered missteps, and joke about them has really made the marketing for the next gen entertaining. It’s also keeping to their whole “Gaming is for everyone and everyone can play and have fun together” message beautifully. 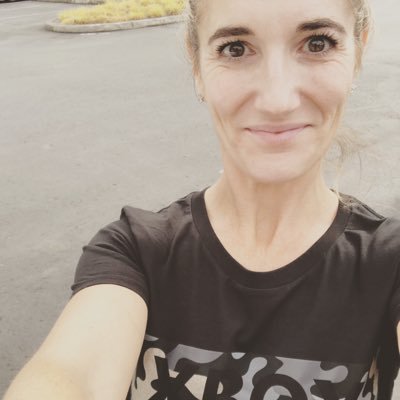 Pretty sure I've lost all my #covid weight over the last 40 hrs. Thx to the #xbox community for your support and excitement for the new consoles, XAA, EA coming to Game Pass, etc. We're definitely not done but it's nice to take a deep breath as we head into launch mode. /1 https://t.co/UpWqRnXrKw

Interesting thread from a member of the Xbox marketing team.

I’ve not been big on the Xbox Marketing Team lately, but the way they handled this week was a masterclass in how to do this. I was really impressed by how fast they responded and how they responded to the Series S leak and just kept going with it.

I’ve not been big on the Xbox Marketing Team lately, but the way they handled this week was a masterclass in how to do this. I was really impressed by how fast they responded and how they responded to the Series S leak and just kept going with it.

Hardware & software teams are different. HW team made a good job for the most part imo. SW team not so much for their 1st party stuff.

They’re really dominating the talks these days, coincidentally just when people expected Sony to have a “drop the mic” moment at their 25th anniversary of the PS1’s launch. Sony certainly has time and means to respond, but Microsoft has been doing marketing very right this week.

Hardware & software teams are different. HW team made a good job for the most part imo. SW team not so much for their 1st party stuff.

Props to the HW team really deserve it. It must have been tough. Hopefully they were really flexible. Hope software team comes at a higher level of delivery.

You do sort of wonder if the whole thing was orchestrated by Microsoft to get them out of having to actually run another event? The whole ‘ooo this was a surprise leak and we’ve responded’ thing is being very heavily played and I do wonder whether they just decided they didn’t have enough stuff for an event and wanted a way to drop it without it seeming like they didn’t have enough stuff?

Dunno just feels like the leak was a bit orchestrated - especially given where it came from. If it was Kotaku then fine you know they are just trying to cause trouble…but MS friendly media…hmmmmm.

Are they going to show us some gameplay now? Presumably via videos rather than a live event.