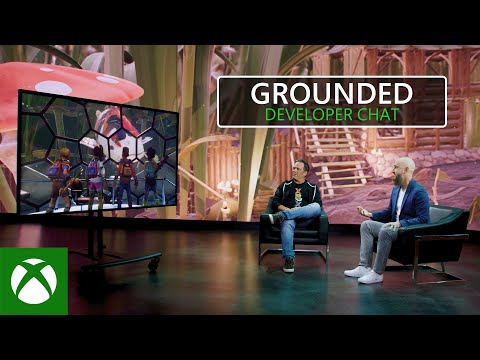 Damn… Phil is hosting this actually

The game director will be super happy about this moment

Phil did a good job.

It must have been a proud moment for Adam to essentially get interviewed by his boss on a game he has worked years on.

It must have been a proud moment for Adam to essentially get interviewed by his boss on a game he has worked years on.

Especially since it’s already super successful during the early access. I love the small incubator teams like this, hope Xbox really can double down on greenlighting smaller, unique games like this, Pentiment, even more unsuccessful stuff like Bleeding Edge, for teams across the entire organization, because this is the stuff that can be really different and allow creativity. Personally, I loved the Gears Pops mobile game, at least the tutorial matches which I replayed a LOT. I hated playing actual people because I got disconnected during matches and would reload to find I’d been wiped out. Really cool idea, and if they had had more single player stuff, made it available on console as well, made it seem less about MTX and lootboxes it might have done better. Just was glad to see a slightly riskier idea like that approved.

Now we get this and pentiment and then maybe FNVRemake

I’d like to see Phil do this for every first party release, especially the smaller ones like Grounded and Pentiment.

I think Grounded would be an ideal game to market on TV. If MS was willing to spend into TV ads.