Going Under is coming to Xbox Game Pass on June 29 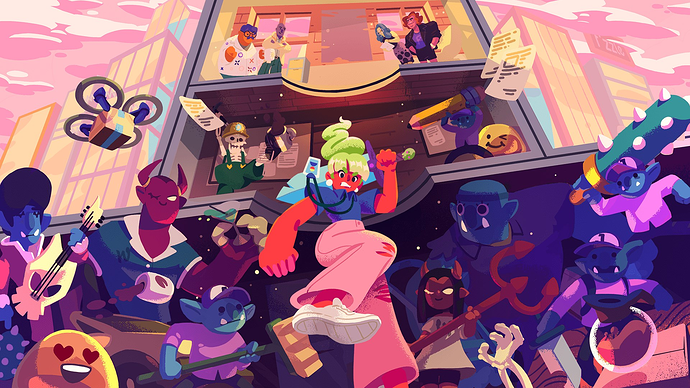 Earlier today Xbox announced the line-up of games that would be coming to Game Pass in the next few days, including some gems like Bug Fables and Limbo. Said announcement was made in addition to the one made during Xbox and Bethesda’s E3 Showcase, when 11 other games — including Yakuza: Like a Dragon and Wolfenstein II — also joined the catalogue.

In fact, there are so many games being announced for the subscription service that Xbox seems to have missed one today! According to the Game Pass app, Going Under, a dungeon crawler released for Xbox One last September, is coming to Game Pass on June 29! 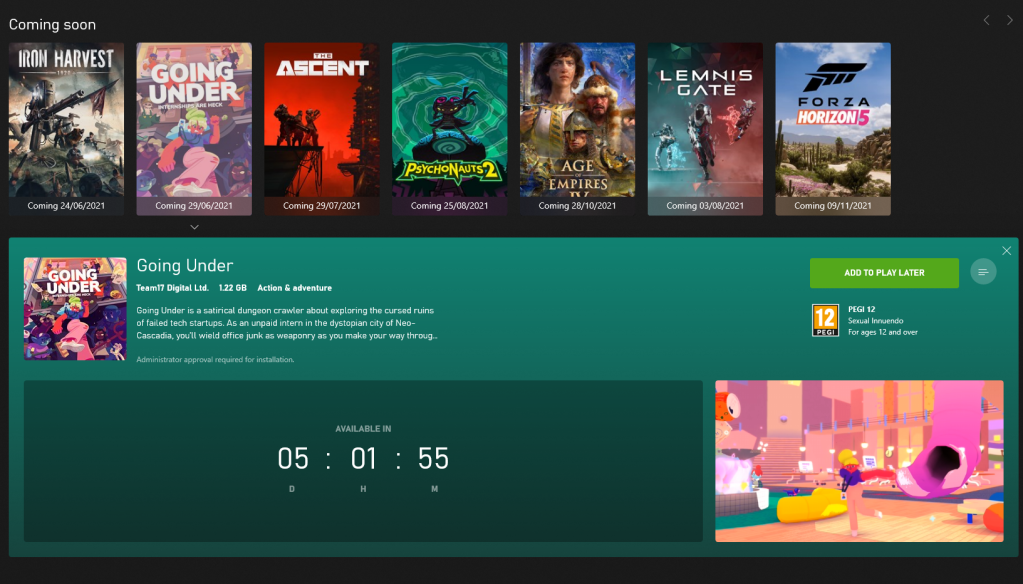 Going Under is yet another game published by Team17 to make its way into Game Pass — Narita Boy, Golf with Your Friends, Neon Abyss, Yooka-Laylee and the Impossible Lair and Worms Rumble are all part of the current catalogue.

Going Under is a satirical dungeon crawler about exploring the cursed ruins of failed tech startups. As an unpaid intern in the dystopian city of Neo-Cascadia, you’ll wield office junk as weaponry as you make your way through the offbeat procedural dungeons beneath your company campus.

I’m happy for them! I know they wanted to get in Gamepass.

Always thought this looked neat. Will check it out