Forza Motorsport - How Turn 10 Can Innovate 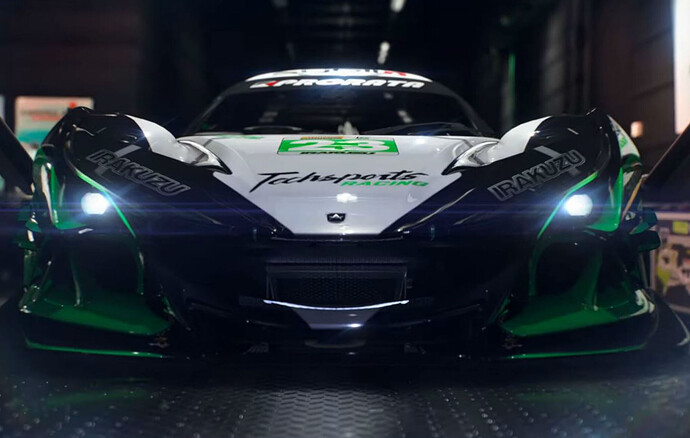 I’ve been playing racing sims since I was 6 years old (Now 28) with my first being the original Gran Turismo. I can only imagine my 6 year-old face now seeing what the new Motorsport is going to look like. However, i’m more keen to discuss how Turn 10 can take the gameplay to the next level beyond just graphical leaps.

For example, career has so much potential given how basic 7 was. There will be a lot of focus on getting the gameplay to the next level, rightly so, however, they need to innovate and produce something that is holistically special.

IMO Horizon is there for your casual gameplay and Motorsport is for the hardcore realism. Turn 10 need to create a Motorsport that is rewarding and requires effort and skill to succeed. Licenses are a great example; You want the most expensive car in the game? You can grind your way to it or you can pass your “Super License” and unlock a highly challenging race with a BIG reward.

Why not go the F1 route also and have car development that needs you to pass challenges rather than just throw cash at it. Why not make it so you can build a race team customising all aspects: race truck, race strategist, pit crew. All of which have an impact in your race performance: race truck determines the equipment you can bring to the weekend; competency of your strategist affects the information you receive on track; pit crew, well, get stuff done quicker?

Hopefully that will get the conversation flowing and i’ll jump back in with more ideas. I really am so excited for the new game, especially being Series console exclusive but i really hope they push the envelope, what would you all like to see Turn 10 add to the Forza Motorsport series?

There was a leak a little while back about FM8 having a story mode with focused progression. I think coupling this with more motorsport management aspects like you mentioned would be really neat.

I think having an adaptive voice in the ear would be cool too, calling out what lies ahead.

You pretty much wrote what I came to say, FH series for the casual racer, with FM taking inspiration from the F1 games and being for the hardcore. I’d also like to see career rivals and access to certain car brands locked off until you meet their criteria (no Aston Martin for rookie drivers).

I’m hoping they turn it into a 3rd person action adventure game. Like the Pixar Cars films.

There was indeed a rumor that they were doing voice recordings so a Story Mode might be in the works although I wonder how that’d work in a continuously evolving game like the next FM is supposed to be; would they keep releasing new chapters to the story?

As mentioned there needs to be pit strategies. In general for the online races especially they need to somewhat mimic a little but Gran Turismo Sport and put their own twist on it. Also, show me what that tire tech can do and how changing my tires during a race depending on weather will affect my driving.

A track editor or maybe some mod support like Asseto Corsa would be great for an ever evolving game as well and would really bring together the community as well as give more longevity to the game. I understand the dev probably wants to focus on the Motorsport aspect of the game but why can’t FM be the end all be all of simulation racing?

There is just so much you can do that’s entirely different for the social aspect. I mean, in Fallout 76 people build their own houses and will buy cosmetics to design them the way they want. Why no have some sort of online gathering place where you can visit players you played with even if they are not online, like everyone could have their own custom garage with a few car spots to show off your collection, lounge, trophies from special online events, etc.

Also, I want 24h races with time of day changes!

I do think a focused campaign is a great idea if they go that route. I always play Forza a bit and fall off when it starts to get a bit grindy or I get to races I don’t enjoy. Having some sort of story mode would help direct me a bit.

Doesn’t have to be mind blowing. Just a decent rags to riches cliche sports story with decent production value.

I do think a focused campaign is a great idea if they go that route. I always play Forza a bit and fall off when it starts to get a bit grindy or I get to races I don’t enjoy. Having some sort of story mode would help direct me a bit.

Doesn’t have to be mind blowing. Just a decent rags to riches cliche sports story with decent production value.

Drive Through Penalties for causing a shunt … realistic and sufficient punishment.

I very much think the players can create the story, for example, they have the drivatar tech so why not do something similar with career progress so that the “Careertars”? Generate natural rivals within your own progression.

I can very much see a picture of the globe in my head with live information and clips of real players winning a race or a league and the game basically matching you with this person and (not literally) saying go beat them. That way you might be able to have seasons whereby you might win a league one year but you have to retain it the next.

I would love a career mode like the F1 games, start with a cheap race car then work your way up to something like WEC, just don’t make it too long. They could just copy the same sort of season in F1 23 races per season, 3-4 different tiers of racing. Take some management elements from other games like maybe you need to get sponsers and hire a racing crew and such. Pretty much copy and paste the F1 story mode into Motorsport BUT because Motorsport is so diverse they could expand it massively by having all different racing series.

Pit stops obviously is the big one, better tyre deg, things like DRS for touring cars. They should go full sim because they have Forza Horizon there for the people who don’t want sim racing. I’m not even huge into full sim racing yet I still think they should do it. Maybe if they get big enough they could do some sort of partnership with WEC for an esports thing,

I don’t expect this being on their roadmap at all, but I’m thinking a mode similar to raceteam management games or Gran Turismo B-Spec would be great.

It’s something that would play really well over xCloud because you don’t need super low latency. You’re managing your racer and the team, don’t need sub-30ms latency for that.

what annoys me the most about FM 7 is the stupid AI, it kills the concept