What does the Xbox enthusiast crowd here use and why?

If you have both, how much of an upgrade is the Elite V2

The Series controller feels way better in my opinion but the lack of back buttons is a deal breaker. I’m waiting for the Elite V3 at this point that hopefully improves the rumble along with some other QoL improvements, including adding the share button and smoother grips.

I do not own the Elite 2 but have used one multiple times at a friends and I Prefer the Series controller myself, feels more quality and love the D-pad and the shoulder buttons feel like they are not going to break which is a known issue with the Elite 2

The issues that plague the Elite 2 put me off dropping £150+ just for the RB to pop out or the rubber grips to fall off.

Some people are more lucky with them or just put up with it but I’m more then happy with the Series controllers maybe if the Elite 3 proves it made out of better materials and doesn’t break in less then a year I’ll drop the money on one but atm? Nah

I prefer the harder texture grip on the Series controllers than the softer grip on the Elites.

I have an Elite Series 1. I didnt have issues with the grips, they’re still there and tightly fastened. I did have the Bumpers completely break, so I had to do that repair myself. It certainly feels like a premium controller. I used the Elite V1 from May 2016 until December 2020.

I play more with the Series Controller now because the size feels a bit better on the Series and it had the lower latency input patches available. I dont know if the Elite V1 ever got that because it doesnt have BlueTooth that the patch addresses. The sticks always feel tighter on new controllers, so while there was nothing wrong with the Elite sticks, the feel of new won out.

The Series controller included in my Day One Series X started having sticky stick, where an Up input would sometimes stick for 3 to 5 times. That is the only Xbox One controller that I ever had Stick Drift issues on. I was tempted to replace it with a discounted Elite V2 but opted to wait for the V3 if it ever happens and instead picked up a new Shock Blue Series controller for $30. Can’t go wrong for that price!

I’ve gone through 3 elite series 2 so far with a 4th hopefully on the way soon. They’ve all had issues with the face buttons (mostly ‘A’). There are things I definitely like about it (paddles are nice and the trigger stops are great), but it’s not worth the hassle and there are some drawbacks (no share button, too expensive). At this point I just wish I could get my money back. I’ll just be playing the RMA game until I can either get a good one or I hit the 1 year and I can hopefully get my money back through my credit card extended warranty.

The Series controller feels way better in my opinion but the lack of back buttons is a deal breaker. I’m waiting for the Elite V3 at this point that hopefully improves the rumble along with some other QoL improvements, including adding the share button and smoother grips.

Is the rumble on the elite V2 worse than the series controller ?

Is the rumble on the elite V2 worse than the series controller ?

The only differences on the Series controllers over Xbox One controllers are the D Pad, Share Button, BlueTooth, USB C, Grip texture, and slight ergonomics. Ergo details listed below, taken from the Xbox website. There is no difference with rumble between normal and series and elites.

We did that by rounding the bumpers, slightly reducing and rounding parts around the triggers, and carefully sculpting the grips. 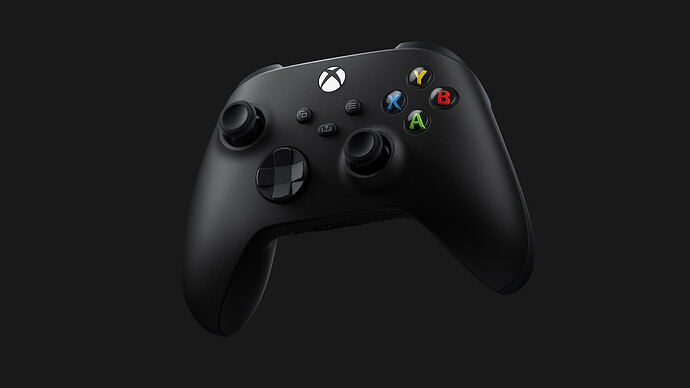 With each generation of controllers, from Xbox to Xbox 360 to Xbox One to Xbox One S, the Xbox hardware team has led and innovated input for gaming. They’ve set new bars with Elite and Adaptive Controllers in performance, features, quality, and...

The trigger is slightly different as well. Full pull the Series Controller is softer, Elite V2 on a full trigger press there’s a bit of an audible click and it’s quite hard. I assume because there’s adjustable levels.

Personally I feel like the elite 2 is the best controller even made.

There’s a few tweaks that I want them to do hardware wise (and definitely work on make it more reliable, thankfully mine is issue free after around 2 years of heavy usage, but there are so many reports I would lie I’m not scared issues could arise at any moment). But what I really want to see is a revamp on the software side.

They should kill the switch of profiles, making it a modifier key, and allow you to set up actions for it, kinda like steam input, allow us to make custom profiles per game (and also download profiles from the community), and of course, on top of a default profile we should be able to match custom profiles with the game, so the controle switches to the right profile when you play a game.

The trigger is slightly different as well. Full pull the Series Controller is softer, Elite V2 on a full trigger press there’s a bit of an audible click and it’s quite hard. I assume because there’s adjustable levels.

Mine is super smooth, but I’ve seen some people complaining about the triggers having some resistance on series 2, plus making it some noise, But apparently it’s something that goes away by inserting a piece of soft cloth inside to clean.