In a surprise announcement Microsoft and Funcom announced the 4X real-time strategy game Dune: Spice Wars is joining PC Game Pass soon. The game launched in Early Access on Steam earlier this year on April 26th and will come to PC Game Pass when the Sand & Air update is released. 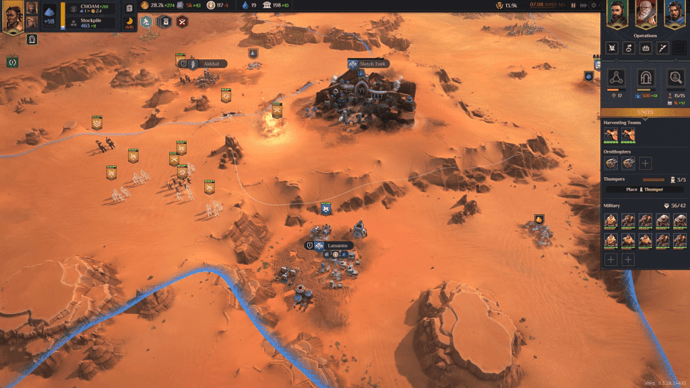 The Steam page for Dune: Spice Wars has an about page, which states the following:

”A 4X real-time strategy game from the developers of the critically acclaimed Northgard. Set in Frank Herbert’s groundbreaking Dune universe, you must lead your faction and battle for control and dominance over the harsh desert planet of Arrakis.

Spice is the most valuable resource in the universe. The spice extends life, expands consciousness, and makes interstellar travel possible. Found only on Arrakis, it is sought by the most influential forces in the universe. Play as one of several factions, including House Atreides, House Harkonnen, House Corrino, the Smugglers, and the native Fremen, and compete for power over Dune and the spice.

Scan the landscape for wormsign or risk losing your troops and spice harvesters to titanic sandworms who will burst through the dunes to swallow and devour them whole. Crush your opponents in combat, best them through political intrigue, and undermine them with your network of illusive spies.”

Dune: Spice Wars is set to leave early access in 2023. It’s not clear if the release in PC Game Pass will coincide with the 1.0 version of the game. The only thing we know so far is that it’s coming ”soon”.