Do you think that the Series S will drop in price soon after launch? 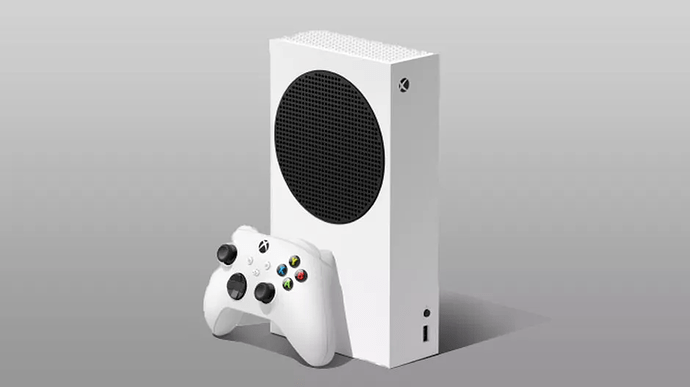 possible in certain countries like mine (One did as well) but 6 months of game pass, naah maybe 3 at max, but 14 days-1 month is more realistic

No, I see Series X dropping before Series S. They are taking a big loss on S. Maybe the odd Black Friday sale. When PS5 DE drops then Series S will too.

It will drop faster then the PS5de. Sony must be taking a huge loss there.

No. Expecting $300/$500 for at least 3 years. Both consoles are expensive, they are losing money on both and RAM is still very expensive.

If you need to drop price by $50+ after just 1 year means that you have very low demand. Dropping the price and taking an even larger loss to move a few more boxes is not the solution. After this holiday and particularly, next holiday we’ll get a better look at demand. If the XSX has better demand, then the focus will be there. But I don’t expect that to be the case. The first year or two, there is more demand from the core players and they’ll buy the more expensive, better performance device. But both devices needed to be released together to ensure developer support, specially for the lower end device.

Nah, it will take a while. It’s cheap af as it is.

It will drop faster than most consoles but not after this holiday season.

So they are able to drop the price to $249 tomorrow, should they decide the $399 PS5 price is too competitive, if they wanted to.

That said, I was too focused on launch performance when the reality is that this console means a lot more in years 2 & 3 when the mass market starts migrating from the X1 and PS4. I expect the PS5 and XSX to stay at the same price next Fall and the XSS drops $50 to $249. Which is pretty significant in terms of a percentage and in how soon it happens.

I like them do a no controller addition at a greatly reduced price. Everyone has a bunch of old controllers laying around right? Would be great as a second console.

I expect price drops to come later than Xbox ONe

No. It will be $299 awhile since that’s already a low mass market price. What they will do is start adding to the bundle like digital game bundles and/or game pass ultimate memberships for 1-3 months.

No. It’s already priced very aggressively and insiders have reported that MS is taking a bigger loss on the Series S than the Series X. It’ll be a few years before we see price drops I think.

considerations one must make in looking at this are the following I think :

In contrast xbox series s is a console designed to maintain a cheaper price than other console models this gen from the start with acceptable losses already priced in. I’m pretty sure they have priced it with the expectation and intent that neither it nor the series X (or ps5 models ) will be getting much cheaper until at least a revision , especially based on things we’ve heard from hotchips about typical cost savings from die shrinks etc being less this time around .

I expect the prices of the systems to be mostly the same outside of holidays , and that holiday 2021 will largely be about game and controller console bundles .