Discussion on Fighting Games & the path to a broader audience 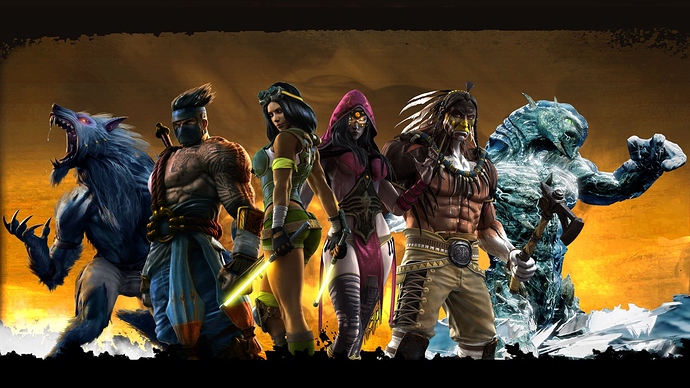 As someone who has been taking fighters seriously for the better part of 15 years, I used to not think about the entry barrier to most fighting games. My pop played them in the arcades or on consoles so, naturally, I picked them up as well. When Super Street Fighter IV came around, I played online for the first time and was instantly hooked. During this period, I was still oblivious to the “barrier”.

That changed around 5 or so years ago when I starting noticing how other competitive genres (FPS, MOBA, RTS etc.) were ballooning in popularity while as fighting games were staying around the same level of success as OG SFII/IV. Except for 2 stand outs: Mortal Kombat & Smash Bros. This is when I realized that there were 2 groups: core players & “casuals”. MK & Smash were growing because of 2 reasons: huge content & simplified controls. These factors allowed them to see sales growth.

But there was one space where they’re still lacking: continuous competitive growth. While yes, having a couple thousand entrance at EVO for both Street Fighter & Smash is incredibly impressive for a once-a-year FGC holiday event, the actual daily-weekly-monthly online player base is still incredibly small compared to the other competitive genres. Even juggernauts like MK or Smash only have thousands of people playing a day instead of millions. Why? People say that lack of content is a barrier: Mortal Kombat has an expansive single player option - huge sales, relatively small player base. Smash has incredibly simple controls - huge sales, relatively small player base. What’s the secret that other genres have that fighters haven’t discovered? Teams.

While yes, BRs (which are super sized 1v1s) are gigantic right now, I feel they are the exception rather than thr rule. Every other huge online game is team based. COD, CSGO, LOL, & DOTA have players team up to go against other teams. With teams, players that are, well, not very good can rely on (hopefully) superior teammates to secure the win. Or blame those same teammates if they lose. Fighters do not have this dichotomy. They are 1v1. There is one winner, one loser. No one to fall back on or blame. Every mistake is solely yours. This, I believe, is the real reason fighters do not see the same competitive growth that others do.

To end this: a developer (perhaps even one without a fighting game background) should make a purely team based fighting game. What do you think?

I still think KI is the game that nails every aspect you’re referring to. It just suffered being an Xbox One exclusive at launch

I still think KI is the game that nails every aspect you’re referring to. It just suffered being an Xbox One exclusive at launch

It pretty much does. Simplified controls, easy combos, decent single player (though that took awhile to be fair), & it was even F2P! The only sticking point is the fact that it is still solely a 1v1 fighter. Which I truly think is the biggest hurdle.

SIDENOTE: Thanks for the header. I thought about putting something there but I wasn’t sure what.

Back in the pre online gaming days, me and my friends played tons of fighting games. We would use the random character button for every versus match. It is a fun and fair way to play when character selection is left to chance. We used a similar random system for sports games as well.

Fast forward to the online generation and their emphasis on choosing a “main” for every match. Playing this way just seems less fair. Sure I could choose Nightmare on Soul Calibur or the 98 Vikings every time but where is the fun in that?