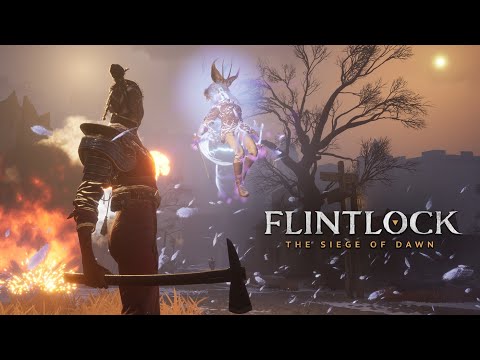 A new gameplay trailer just dropped for the upcoming game Flintlock which is releasing into Game Pass on Day one. The developers describe the plot as “Join humanity’s last stand as Gods and guns collide in an all-new action-RPG open-world adventure. Your battle begins now.” and it is set to release in “early 2023”.

Game reminds me of Forspoken, but more grounded and less annoying.

I love that game devs are realizing to not go full souls now. This and steel rising look like they take the high-level action adventure aspects of souls while making something unique and approachable.

I have been excited for this one.

Day one for me. Game looks great and the combat seems really good as well. Hoping for a late February release date.

Very interesting and looked better than I was expecting. Previous footage had not really managed to get my attention before. Mix between Souls and God of War, well then!

And it seems to have things of its own too. You pick up “souls” on the spot you died, but they are not used to level up. Things like this will keep things fresh. Hope Lies of P has that too.

Probably in the minority but I still wish they had kept the Ashen art style.