Crossplay should be the norm next gen 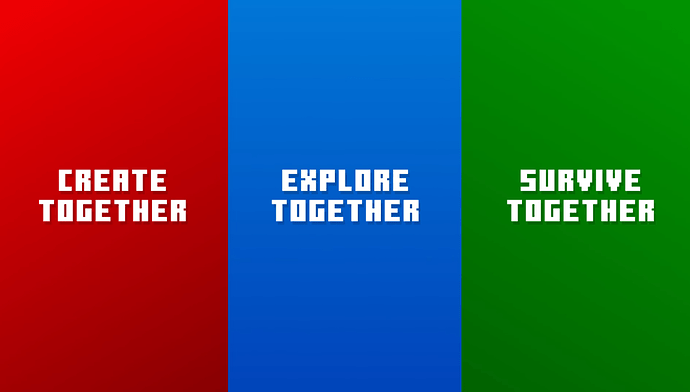 I recently popped in DB FighterZ on Xbox One and while there are still people playing the game, its been over 2.5 years and fighting games don’t have as much longevity as other types of MP games.

Looking at the Steam charts, the game seems to have a fairly decent/healthy population but this again goes to my point of fighting games and how they compare to other types of MP games.

The last year or so of this gen, we started to see more games go crossplay, the most notable ones being Minecraft and Modern Warfare.

But there are still some relatively big multiplayer games that haven’t taken the crossplay plunge yet. Why is Monster Hunter World not crossplay? Its the biggest and most successful game Capcom has ever made yet were locked to specific consoles

Why hasn’t Destiny 2? To be fair though Destiny 2 is getting crossplay in 2021

Apex? Rainbow Six Siege? or even other fighting games like Tekken 7, MK11.

I really hope crossplay becomes the norm and not the exception or an outlier next gen. I actually enjoy more obscure MP games like PvZ Garden Warfare but I’ll be the first to acknowledge that its pretty barren outside of a few game modes and that having crossplay is going to be essential for keeping game communities alive.

I agree, and believe crossplay will become standard come next gen. Lot of games require a healthy online community to thrive.

I think we’ll see more and more games go fully cross-play. Maybe not at launch, but eventually. Kinda sad Evolve missed out on this.

Cross progression is way more important to me and should be encouraged by publishers because it encourages double dipping.

So stupid that cross progression isn’t standard. Everyone has an account system now.

Cross-play, cross-progression and possibly cross-buy like in Fortnite hopefully becomes the norm eventually. I’d spend more money on games if I knew that every version carries my progress over, as I’d be tempted to pick up some extra versions of games if I knew my progress carried over. For example I bought Rocket League when it came out on Switch, but I realized that I don’t play it (except sporadically offline) because my unlocks, my pass progress, my stats, my rank does not carry over. I’ll be more tempted to spend more on it because the game WILL soon be fully cross-play and cross-progression.

Diving players and arbitrarily locking you out of content you bought or unlocked just because it ran on a different hardware is a barrier that needs to be taken down.

Fighting games should all have cross play.

Samurai showdown was dead day one, then again who wants to play an snk game online, they run incredibly bad no matter what.

Still rubs me the wrong way, that kof13 was an absolutely incredible game killed by their god awful online.

But all the big fighters should have cross play and ggpo online imo.

The tiny little low budget power rangers game can do it, so why can’t all these bigger games?

I was playing Titanfall 2 multiplayer the other night quite late on and had to eventually switch from a European server to one in the US to easily get a game. Made me wonder why Respawn hasn’t bothered to turn on crossplay between Xbox and PS4

Seriously cross gen has been a game changer for me and my mates and family. It is a MUST for next-gen. That artificial barrier needs to be done away with completely!

Yes! I want to play with all my friends regardless of what console or PC they choose as their primary.

I think it definitely will be. I think that, already today, when multiplayer games debut without cross play / cross progression support it’s seen as a pretty significant drawback.