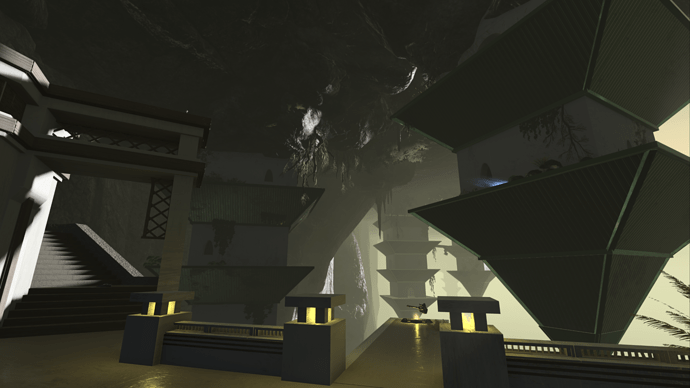 4v4 Map inspired by the Western Air Temple from Avatar: The Last Airbender.

Cliffhanger is a 4v4 map designed around the concept of fighting for power items in weak areas of the map and progressing to higher ledges for dominant sightlines. While this map does have that philosophy at its core, I wanted to make sure that Cliffhanger did not fall into the “over-engineering” trap of modern level design where nearly all matches follow the same pattern. Movement is the name of the game on this map, as a coherent team will have many options available to break an opposing setup. Featuring two teleporters, two man-cannons, grappleshot, and a highly versatile repulsor, players will be able to navigate this map in a way that feels natural and liberating.