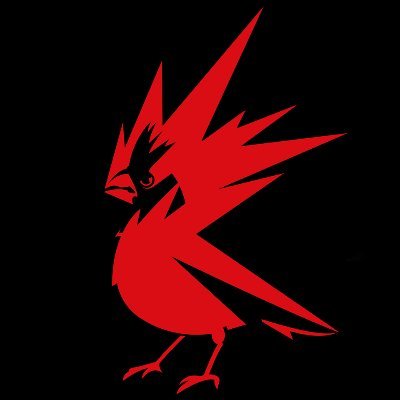 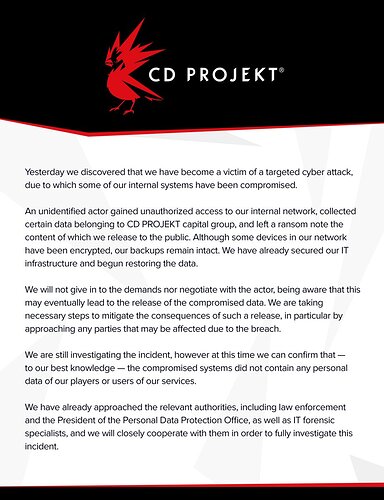 This is just…whoa. Their stuff being ransomed.

Excuse me but I think you’ll find the correct phrasing is “CD Projekt Red have been EPICALLY pwned!!”

Dunno why that’s so funny to me but it is

I honestly think that’s got me through the rest of my day.

But seriously though, it’s a damn shame how much CDPR struggle these days. It’s just one hit after another for them right now. Hopefully they get through this tough time ok & just get back to making great games.

Man, everything is happening to CDPR atm.

This just pisses me off to no end. I work in the security industry and these sorts of attacks and leaks are a massive problem. No matter what you think of CD Project Red or any business, They deserve the right to operate as they wish without these actors trying to taint their image.

I hope whomever did this is found and punished to the full extent of the law and that the stolen information is never released.

This sucks. I hope those people get the punishment they deserve.

If this is true what could this mean ?

my feeling is they’re making sure NOT to confirm in any form that personal info has been compromised as well, that would make this significantly worse.

Crytek, Ubi, Capcom and now them

This sucks. I hope those people get the punishment they deserve.

If this is true what could this mean ?

They really don’t need that now. Maybe some people are thinking that it is “Justice” or the “right way” to deal with the bullshit, but it’s not. It doesn’t help anyone, on the contrary.

I really hope they get through this, because people get discouraged quickly and then they get disensitivized about further backlash and don’t care. I hope they are still people at CDPR caring about the games.