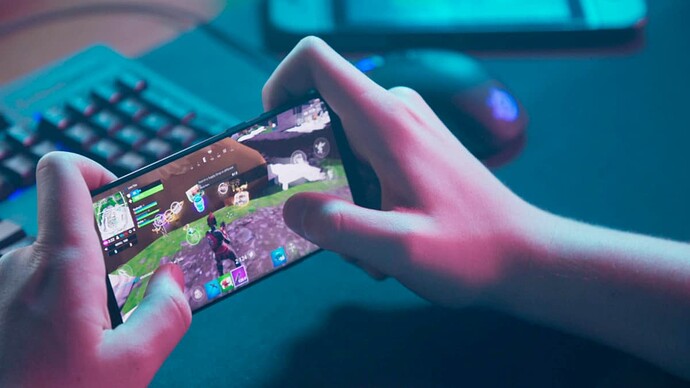 I’ve recently had a flick through both here and reset era and noticed there are very few topics on the types I would consider of my tastes,

But I don’t care for genres such as JRPG’s etc I’m more just oh looks good I’ll play it.

But I’m definitely the type to play the FIFA’s maddens, nhl etc

So my question is do the hardcore tend to look at sports games, shooters and many AAA games as just casual games which is the reason they aren’t discussed much?

I read an article about mobile gamers, and it profiled several gamers who were as committed and thoughtful about the mobile games (mainly strategic) they played as console and PC gamers. They’re still gamers, but they are made to be inferior because they play on a different medium.

Well, I myself do not believe in Casual and hardcore players. since there is no standard in how to measure who belongs where. But I believe most people here are core gamers because we pay attention to what going on.

Second, I see people talk about all genres of games here. they also Review most Genre types. But right now, most people concentrating on Sony and ABK.

I think the term hardcore and casual gamer is archaic. In 2022 you pretty much have people of all walks of life playing video games and labeling somebody hardcore or casual due to genre is a thing of the past imo. Heck the game that is #1 in sale in 2022 is Elden Ring and that was a game that was considered more for hardcore gamers, but I’ve seen all type of gamers give it a spin. Anyways, its best to play what you enjoy and the term casual and hardcore is a thing of the past.

Well I think the whole casual vs hardcore split is similar to what happens in music. Popular bands get labeled as casual, generic, corporate, etc… and you have to be into some unknown stuff to be a real music aficionado. Likewise so-called hardcore gamers tend to be this gate-keeping group that would never associate with popular games or games that females would like. Those aren’t “real” games or something. I don’t think many actually associate themselves as hardcore other than those types even if they play a lot of games.

But back to your question I think the amount of discussion has more to do with the nature of the discussion and the game itself. My friends and I have put in at least 1,000 hours into Fortnite over many years and I’ve only tweeted about it like four or five times and I don’t think I’ve discussed it much here.

But when it comes to Halo infinite I’ve talked a lot about it and some of that could be due to the fact that there isn’t much to play but there is a lot to discuss in regards to the future of the game and its current standing.

Contrast that to the dozens of games that I’ve been playing via Gamepass over the last couple of years where I try to study the games as much as play them and I take a ton of mental notes and I don’t necessarily share that on here or anywhere online.

As a starting point, there is an extremely strong disconnect between how “gamers” talk about who plays what games and how games are designed and developed with target audiences.

Gamers love to split it into 2 factions of hardcore and casual. The big tell here is that the people that do so are always the very same people who consider themselves the hardcore gamers to the exclusion of others.

In the world of game development, there isn’t really such a thing as a casual or hardcore gamer. There are personas of gamers and every design element, every mechanic, is aligned with one or more of those personas.

As an example, my wife is an extremely dedicated Granblue Fantasy player. A lot of people who look in at the game from the outside simply see a turn-based combat JRPG-lite game. Internally at the development studio I would bet they have developed multiple personas for their gamers.

This is where forums like ResetEra, XboxEra, and /r/Gaming can struggle. It is easy for them to become intimidating and exclusionary to people perceived to be casual simply because they play games that are outside what the community prefers to discuss or sometimes even play the games the community is into, but plays them in ways that are different than the community.

So I would caution, don’t worry if you are playing what others say are casual games. Ignore what the community defaults to discussing if it isn’t in your interest. Instead, start your own threads. You may be surprised by how many other people are more than happy to jump in and talk about the games with you.

Instead, start your own threads. You may be surprised by how many other people are more than happy to jump in and talk about the games with you.

I see this a lot in different threads, don’t wait around but rather take an active role and steer the conversation in directions you’d like.

Been playing Dead Space recently , and Grounded with my good buddy

Youre gonna find a lot more enthusiast discussion on an enthusiast site though, especially one as niche as this

These are some good forum handle ideas for the future, thank you. I particularly like MinMaxer.